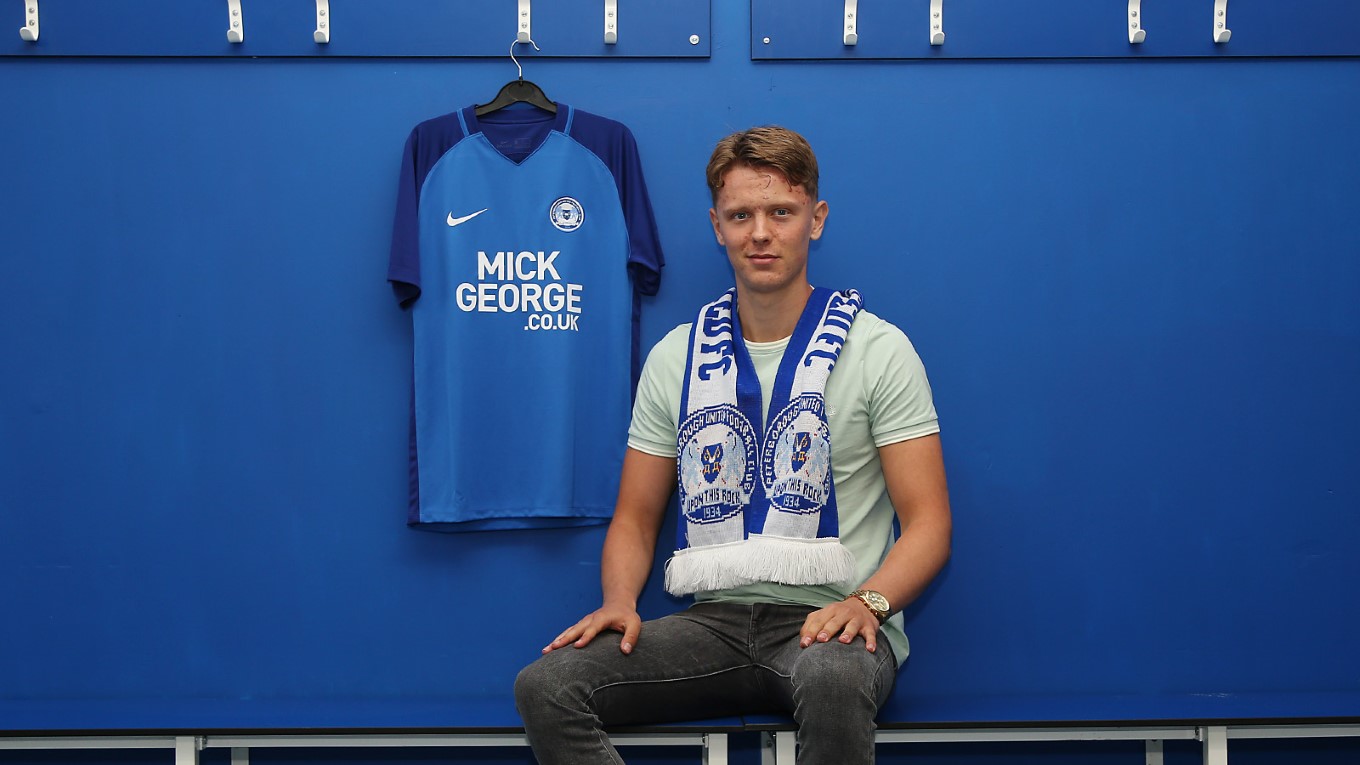 Posh swoop for Dundee starlet with the 22-year-old agreeing a three-year contract at the ABAX Stadium.

Peterborough United have made their fourth signing of the summer with the arrival of highly-rated Dundee midfielder Mark O’Hara with the 22-year-old agreeing a three-year contract, which will begin following the conclusion of his contract with the Scottish club next month.

No transfer fee is involved in the transaction, however, the clubs have agreed a mutually acceptable undisclosed training compensation package. The move is subject to international clearance.

O’Hara, who has represented Scotland at under 19 and under 21 level, has picked Posh over a host of other clubs and manager Steve Evans is delighted to secure the services of the talented midfield man.

“I am absolutely delighted to bring Mark to Peterborough United. He is a young man that I have watched since he made his debut at Celtic Park for Kilmarnock and I have kept track of his progress and it is fair to say he has had an outstanding season with Dundee Football Club. In fairness to Dundee, they worked terrifically well with Barry Fry to get this deal over the line and although it has cost our chairman a few quid, I am sure it will be worthwhile.

“He is an exciting, full of energy, box to box central midfield player who can score a goal by arriving into the box with some wonderfully timed runs. He is young and for me has an outstanding future ahead of him. I am looking forward to working with him,” Evans said.

O’Hara was pleased to get the deal done and is looking forward to getting started. “I felt it was the right time in my career to come down and play in England and am looking forward to it. I have played a lot of games for my age and am ready for the next challenge. As soon as I heard Peterborough were interested, it was a simple decision.

“I spoke with the manager and he outlined how ambitious the club was and hopefully I can be part of a promotion push next season. That was part of the attraction, I wanted to come to a club that had ambitions of getting to the next level. I can’t wait to get started and try and get myself into the team,” O’Hara said.

O’Hara began his career with Kilmarnock and became the fifth youngest player to ever represent the club at the age of just 16.  After making 88 appearances with Kilmarnock, he made the move to Dundee in the summer of 2016 and has since made 71 appearances for the club, scoring 12 goals.

He made 39 appearances last term and scored twice in a 2-1 win over Glasgow Rangers and played in all four meetings against Scottish treble winners Glasgow Celtic. The 6ft 4 midfielder is the fourth arrival at the ABAX Stadium following in the footsteps of Aaron Chapman, Rhys Bennett and Colin Daniel.