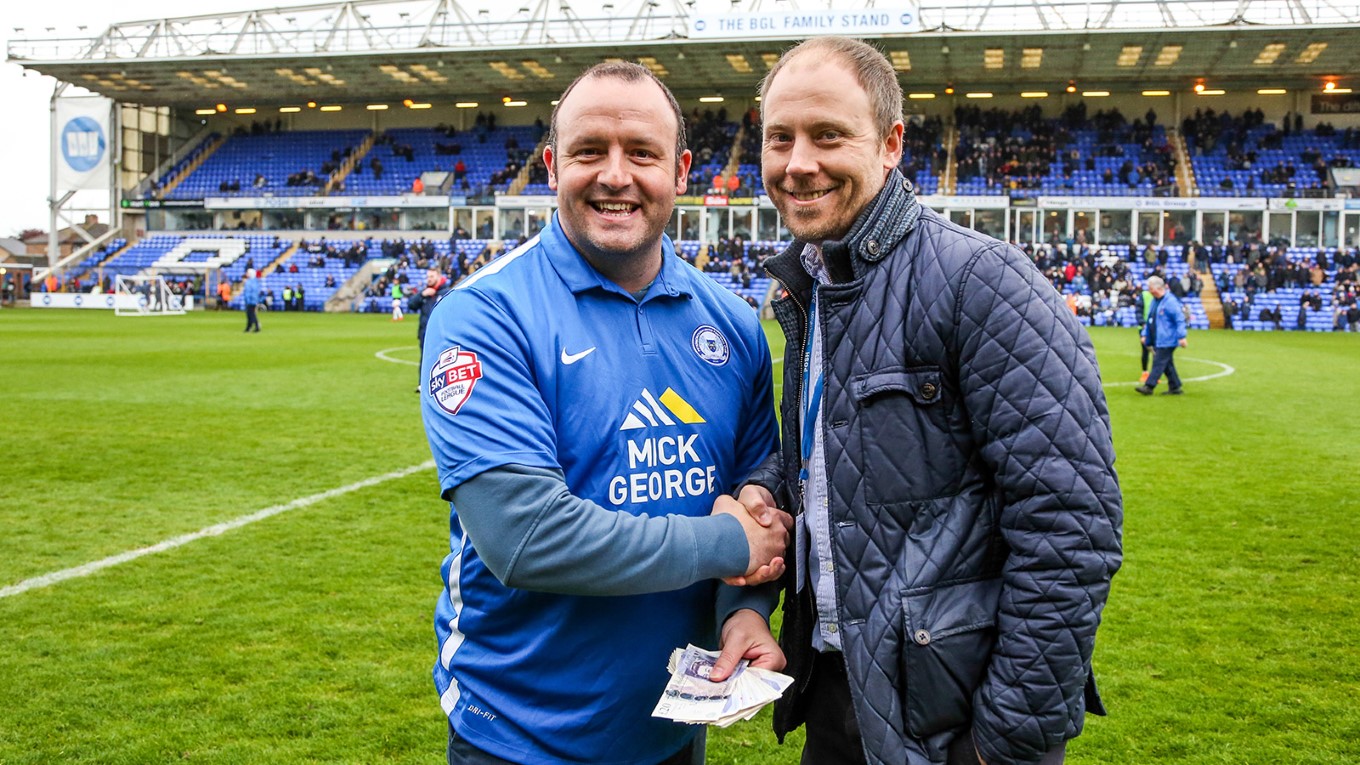 It’s been a frenetic season with lots of twists and turns at Peterborough United, but for one fortunate Posh supporter the final home fixture against Fleetwood Town did provide a glimour of positivity to end the season.

Throughout the season, Club fans have been participating in the Skip Challenge during the half-time interval all geared towards a showdown between the two spectators who top the leaderboard. The two-people that went head-to-head for the £500 prize fund was Owen Garfoot and Andy Cornwell.

Having both managed to score a brace when taking on the challenge the first time around, one successful attempt from Andy Cornwall in the seasons finale was enough to claim the £500.