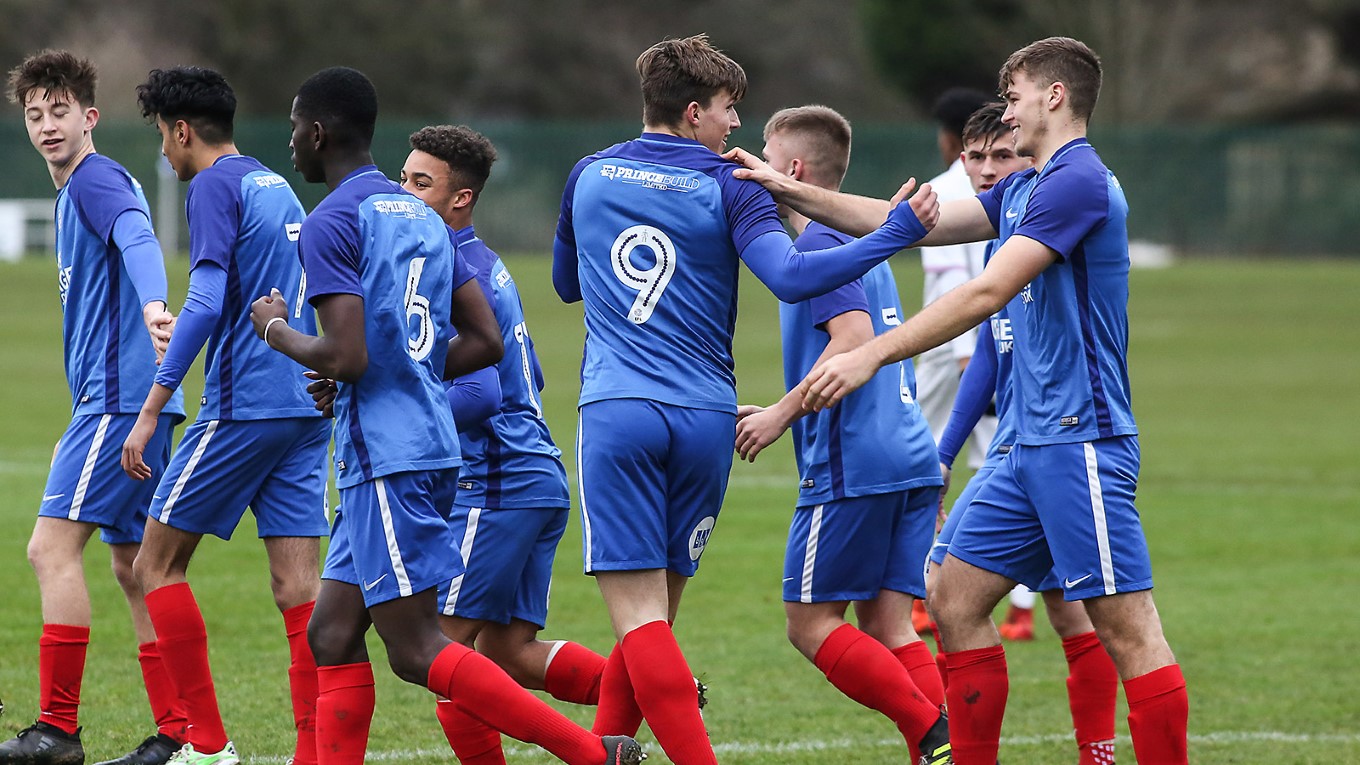 Youngsters end the campaign with an impressive 2-1 victory at Plymouth Argyle.

The Peterborough United under 18s concluded their campaign with a 2-1 victory at Plymouth Argyle in mid-week and it was three points chalked up at Home Park, home of the Sky Bet League One club who have narrowly missed out on a play-off berth.

Josh Davison and Kyle Barker scored the goals for the Posh youngsters who end the league season with three successive victories to finish in mid-table. Posh were always in control of this contest, scoring twice in the first half and keeping the hosts at bay in the second period with only long-range efforts to test goalkeeper Lewis Elsom.

Elsom was finally beaten in the 94th minute of the clash from a set-piece, but boss Sam Darlow admitted afterwards that it was only the second time they had conceded from a dead ball situation in the last 16 games after changing to zonal marking.

Darlow was pleased to end with a win, particularly after a six-hour journey to the South West which had an effect on their warm-up preparations. “I spoke previously about getting the preparation right when you have a long journey ahead of you and it took around six hours to get to Plymouth. We had a stop on the way down to allow the lads to stretch their legs and tailored the warm-up differently and we started the game really well.

“Plymouth couldn’t live with us in the first 25 minutes and we were very much in control of the game at half-time. Andrea Borg was excellent on the left hand side of midfield and he assisted one of the goals and gave their full-back a torrid time. We knew with a big pitch we had to adapt our pressing game as doing it from the front would have been energy sapping for the lads, but they dealt with the change well.

“It was great for the lads to play at Home Park. We allowed them to get a feel for playing in a stadium environment, taking photographs and having a walk around the arena and they coped very well. We said at half-time that we would have to play a different game and although Plymouth had a lot of the ball in the second half, they only really carved out a few opportunities and they were from long-range and until they scored deep into stoppage time. That was disappointing, but it was good to end the season with another win,” Darlow said.