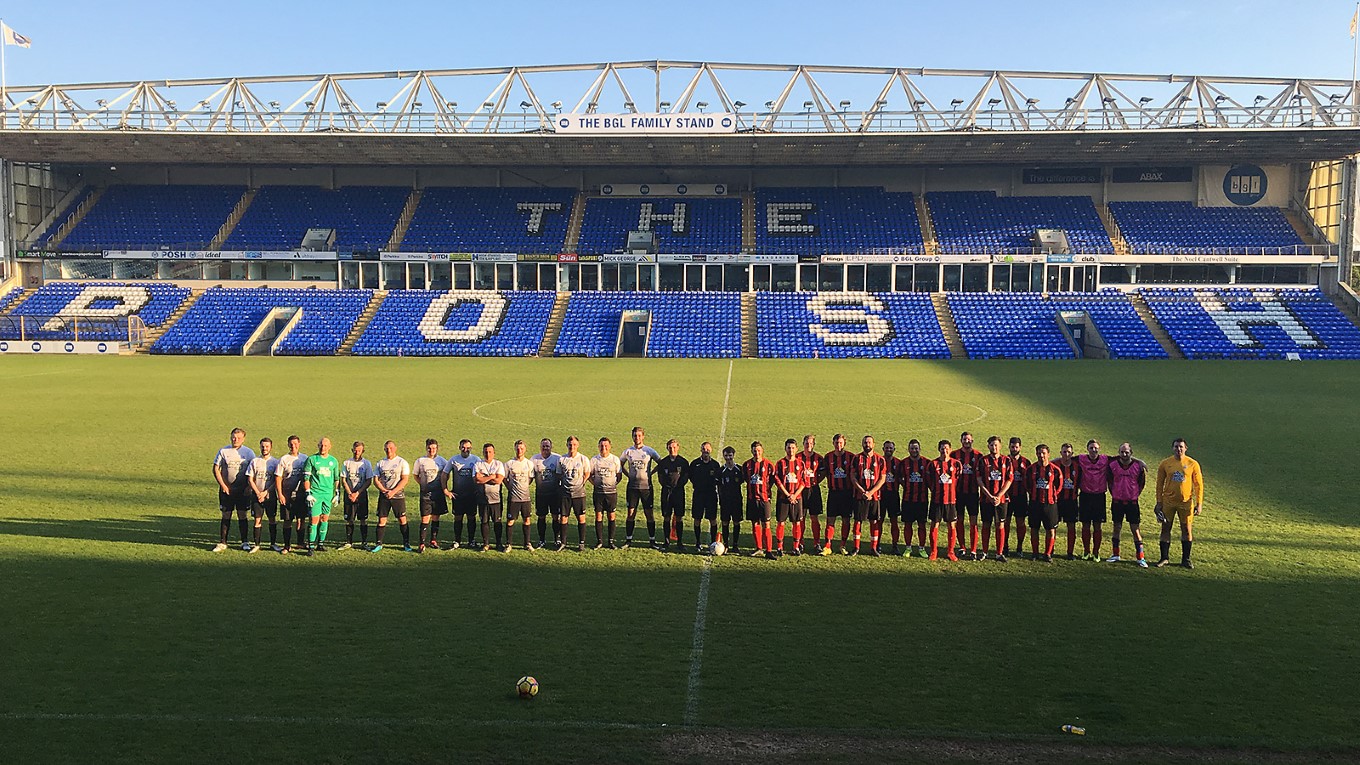 Last night saw two of the region’s most recognisable organisations compete in unchartered territory from that which we would normally associate either party.

Although a side-line to the main priorities of each workforce, both organisations do have a track record of success on the football pitch, so this was sure to be an exciting encounter.

The Cambridgeshire Police Football team was reformed in 2011, and up until 2014 had enjoyed some local success in the PSUK National Cup and also, the World Police Indoor Soccer Tournament. While keen not to be left behind, Mick George Ltd were crowned champions of the Waste World Cup, only last year.

Both teams were made up from staff-members located in various locations throughout the county, representing a wide variety policing and construction related roles, respectively.

Although the teams were given just a few weeks to prepare, you would never have believed it from the performances on the night. Or perhaps you would, you can be the judge.

It soon became apparent that the formulated structure of training activities completed by Cambs Police in the warm-up, not to mention the deprived fitness levels of those in the Mick George squad might become an issue.

However, shortly into the first half, the opening goal of the match came from MG Site Technician, Wes Wilson but was soon cancelled out by a leveller from Cambs Constabulary. It was a tense half, with adrenaline pumping from both sides; the first 45 minutes finished level-pegging at 1-1.

After a tough pep-talk in the changing rooms, the Cambs Police team came back out with vengeance, putting another two goals past the MGL goalkeeper, making it 3-1. The Mick George boys wouldn’t go down without a fight and managed to pull one back, but despite their best efforts the final score remained 3-2 to Cambs Police FC.

PC. Josh Wilson, Cambridgeshire Constabulary said: ‘’The game against the Mick George XI was a great opportunity for the lads to play on a pitch that they would normally pay to go and see other play on. The match was a good way to strengthen the link between Mick George and Cambs Police and we hope this could become an annual event. Football aside, we were able to raise a good amount of money for charity.’’

The match arose following the partnership between the two organisations late in 2016, which saw Mick George provide sponsorship funds for the Constabularies new football kit. Since then things have developed, with Mick George Ltd now the official Waste Management provider for all facilities operated by Cambridgeshire Constabulary.

A commendable £280 was generated in the lead up to the fixture, which has generously been doubled by the Cambridgeshire Police Federation, taking the grand total to £560 – all going towards COPS, a charity which recognises families who have sadly lost lives of loved ones on duty.

Stuart Costello, Head of Marketing at Mick George Ltd commented: ‘’It is great to see two local organisations collaborate in such a positive sense and for such a great cause. Our region has an extremely buoyant business environment that we should be proud of, and that is only likely to strengthen with more interaction between those operators from within.’’