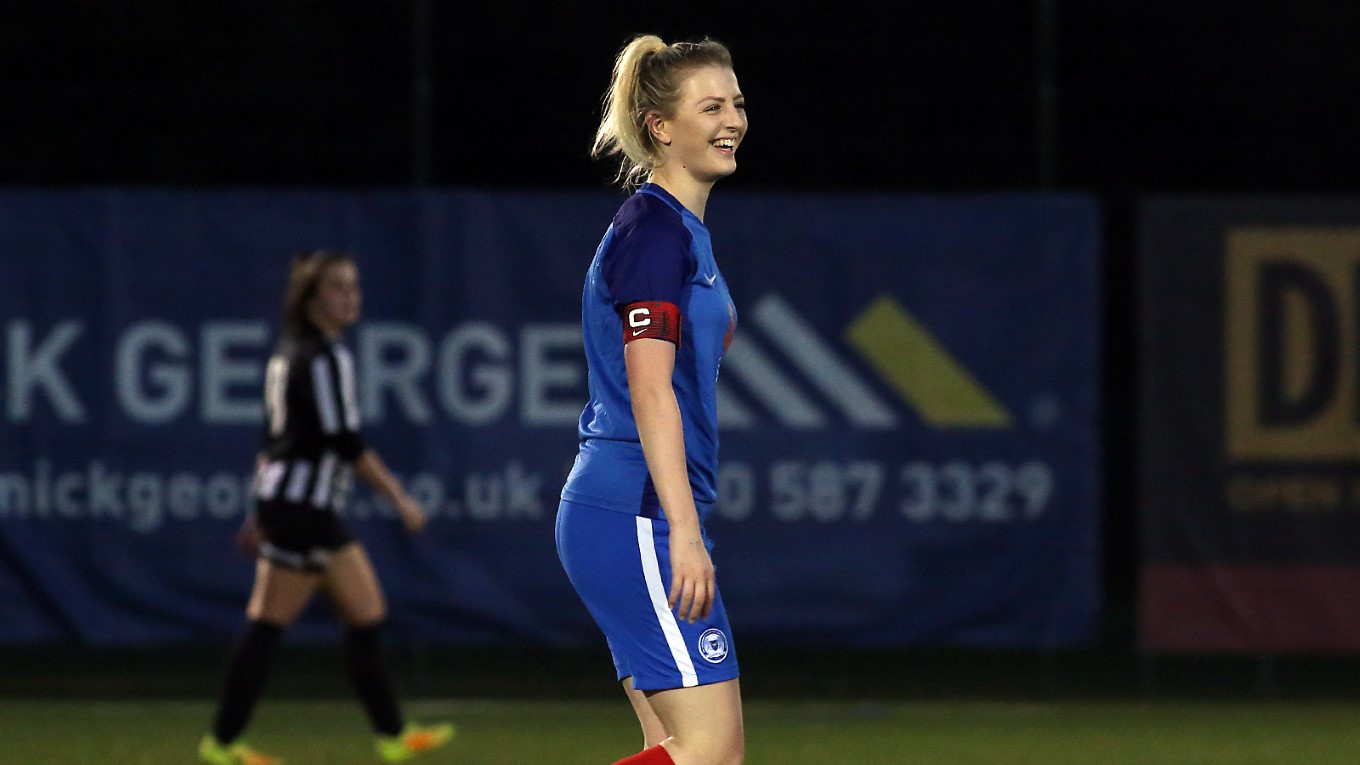 The Posh Ladies will now need a favour elsewhere if they are to clinch promotion.

Peterborough United Ladies finished their League campaign in style with a comfortable 4-0 win over Corby Town Ladies. The Ladies started well with Jess Driscoll linking well with fellow midfielders, Amy Challis and Georgia Bainbridge to create space and provide opportunities to Keir Perkins. In the 26 minute the Ladies got their just rewards when Keir Perkins was played through in the penalty box by Jess Driscoll. The Corby goalkeeper could only parry Perkins shot who followed up to tap the ball into the net to make it 1-0.

The Ladies dominated possession but were denied a second goal in the first half by some resolute defending and some excellent saves by the Corby goalkeeper.

The ensuing team talk at half time seemed to have done the trick as the Peterborough United Ladies started with a sense of urgency. In the 46th minute the ball was played by Amy Gore to Amy Challis who from 20 yards hit one of her trademark shots that sailed into the top left corner of the net to make it 2-0.

That goal seemed to deflate Corby Town and the Ladies took full advantage. Five minutes later in the 51st minute Amy Gore played another pass to Keir Perkins who from 15 yards lobbed the Corby goalkeeper to make it 3-0.

The Peterborough United Ladies continued to seek another goal but it wasn’t until the 80th minute when a through ball from Jess Driscoll found Keir Perkins in space and from close range she lashed the ball into the back of the net to make it 4-0. A hat trick for Keir Perkins was just rewards for her hard work in front of goal.

The Ladies now have a well earned rest knowing that the League title is dependent on other results.