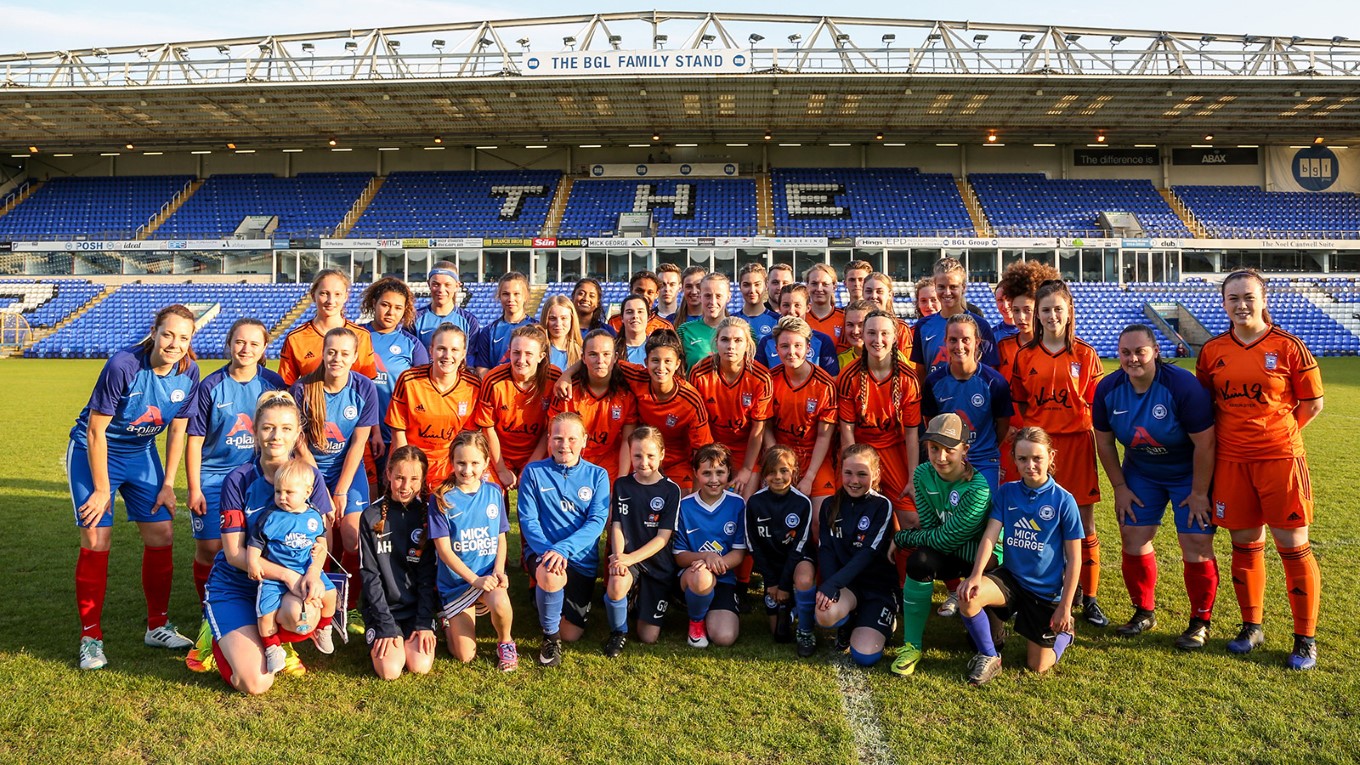 The Peterborough United Ladies can look back on their campaign with an enormous sense of pride after securing promotion following a season full of goals and exciting football, but their end of season showpiece at the ABAX Stadium against a talented Ipswich Town Ladies under 21 side ended in defeat.

In front of a healthy crowd, particularly given the Champions League final took place at the same time, the visitors were always in control and ran out 5-1 winners. Posh goalkeeper Sophie Powell made a string of fine stops throughout the 90 minutes while at the other end, chances were few and far between until Amy Challis finished off a fine move with an effort that found the back of the net via the underside of the crossbar.

Jess Driscoll did go close from long-range after a poor clearance from the Town goalkeeper but Town always looked a threat going forward. Ahead of kick-off, Driscoll was awarded the East Midlands Women’s Division One South Player of the Season for her efforts this season.