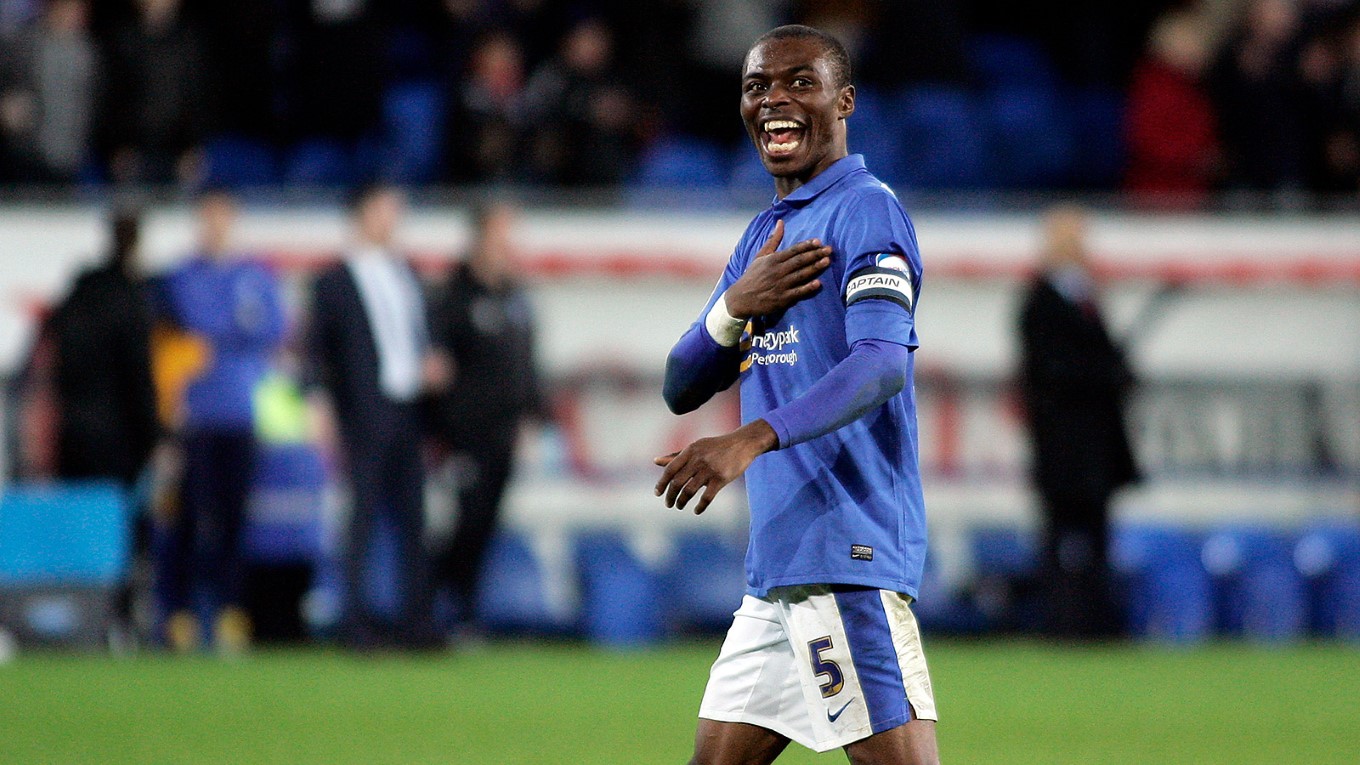 As the countdown continues to the local derby with Northampton Town at the ABAX Stadium, we speak to former central defender Gabriel Zakuani.

With just six days to go until the local derby with Northampton Town at the ABAX Stadium (Easter Monday, 3pm), the excitement level is building and a man with a foot in both camps has admitted he knows he wants to collect the three points.

Central defender Gabriel Zakuani made over 200 appearances for Posh during two spells before joining the Cobblers, where he made just over 20 appearances in a year where the African Cup of Nations took place.

Zakuani, who was back at the ABAX Stadium for the annual Free Kicks Foundation quiz, said: “Everyone knows that I have more of a connection with Peterborough. I had a good time at Northampton and got player of the year at Sixfields, but I only probably played around 28 games I think because I went away with the African Cup of Nations.

“I think deep down I would want Peterborough to win. I had some wonderful times at Peterborough I made some good friends at the club and I am always looking out for their results. The supporters have always been great with me, I am a people person, so I will always talk to people whether it is on social media or in person when I am doing my shopping.”

Posh face the Cobblers on Easter Monday and the game is ALL-TICKET for supporters. Tickets can be purchased at www.theposhtickets.com, via the Ticketmaster hotline 0844 847 1934 (calls cost 7ppm plus your network access fee) and in person at the ABAX Stadium Box Office.