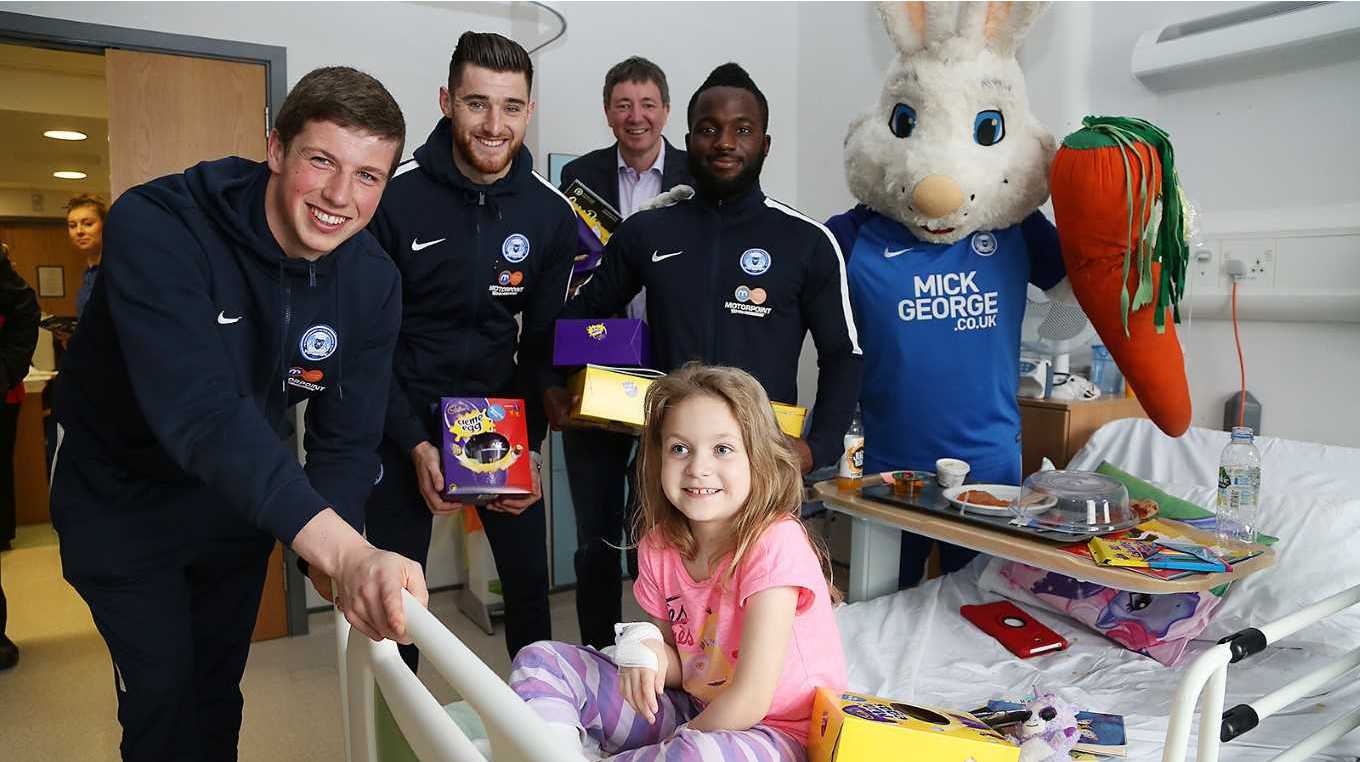 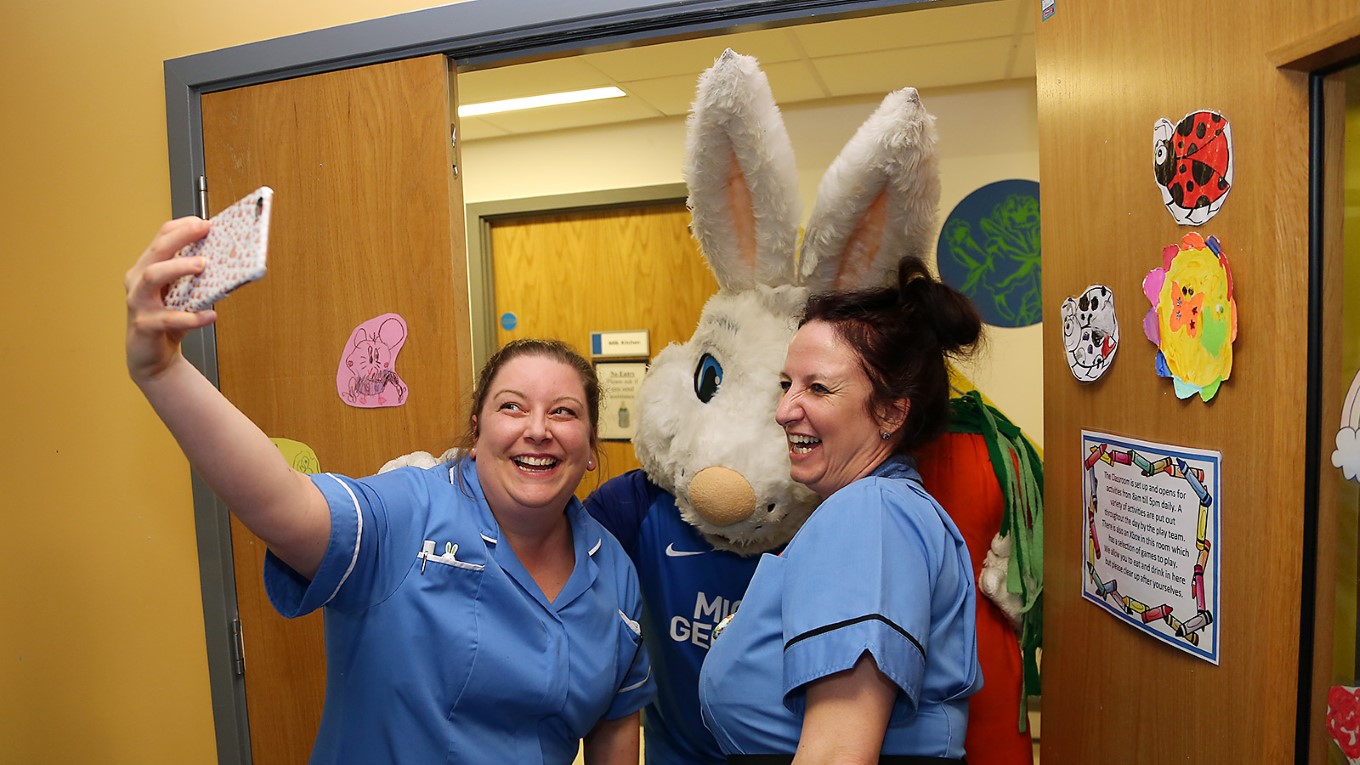 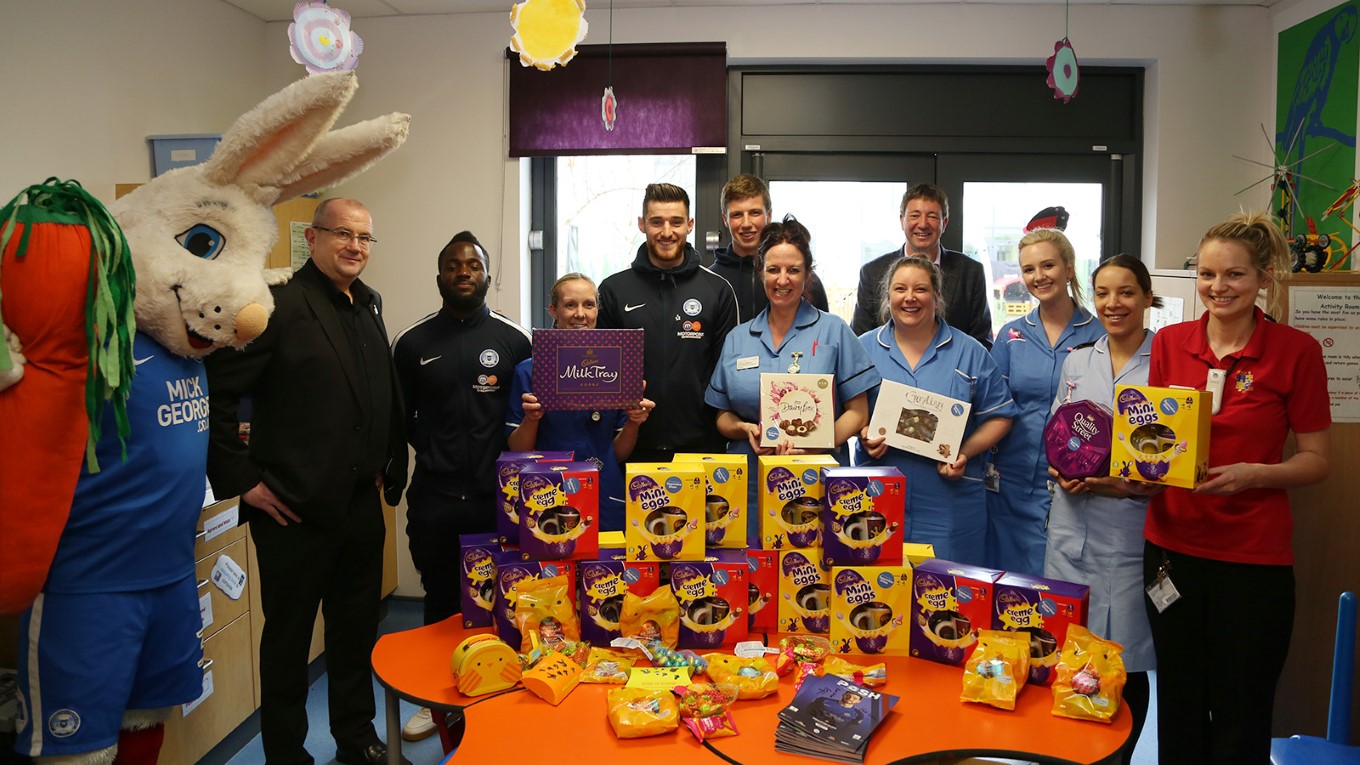 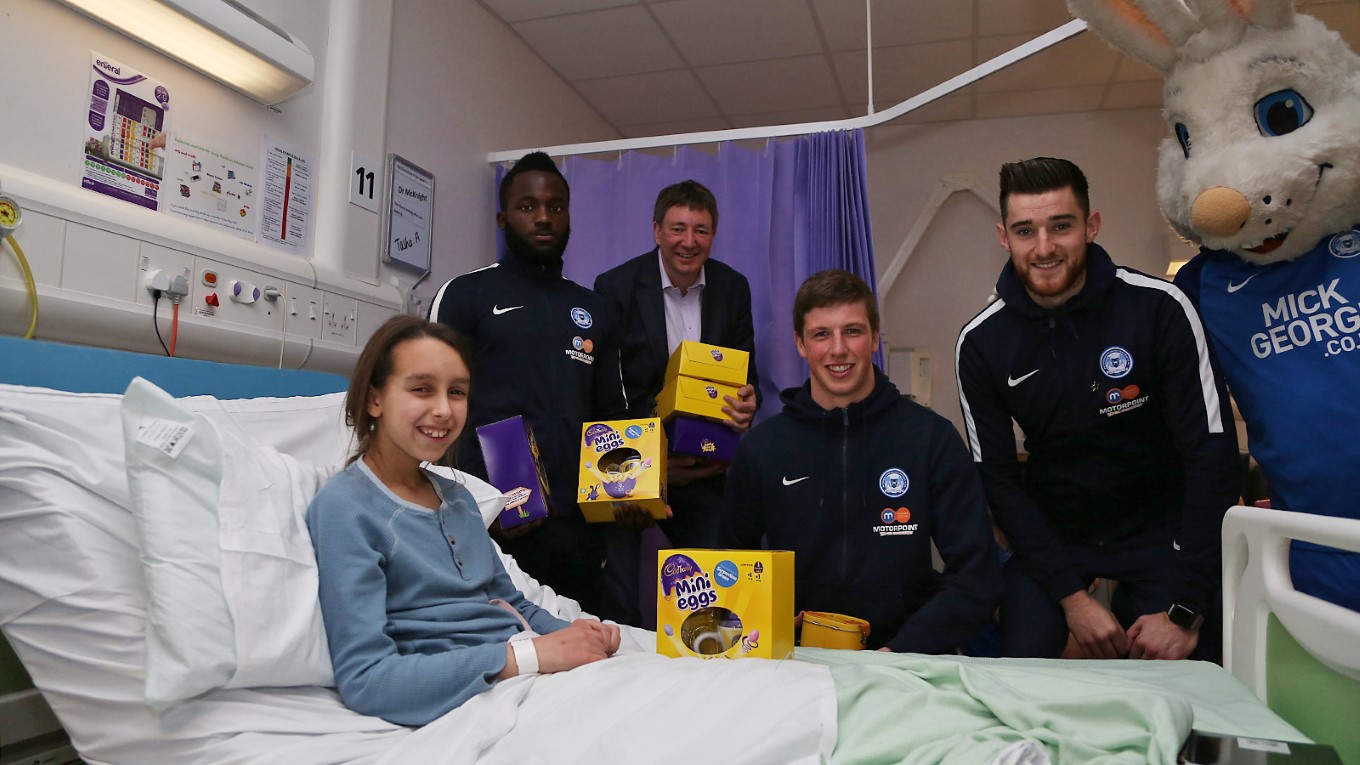 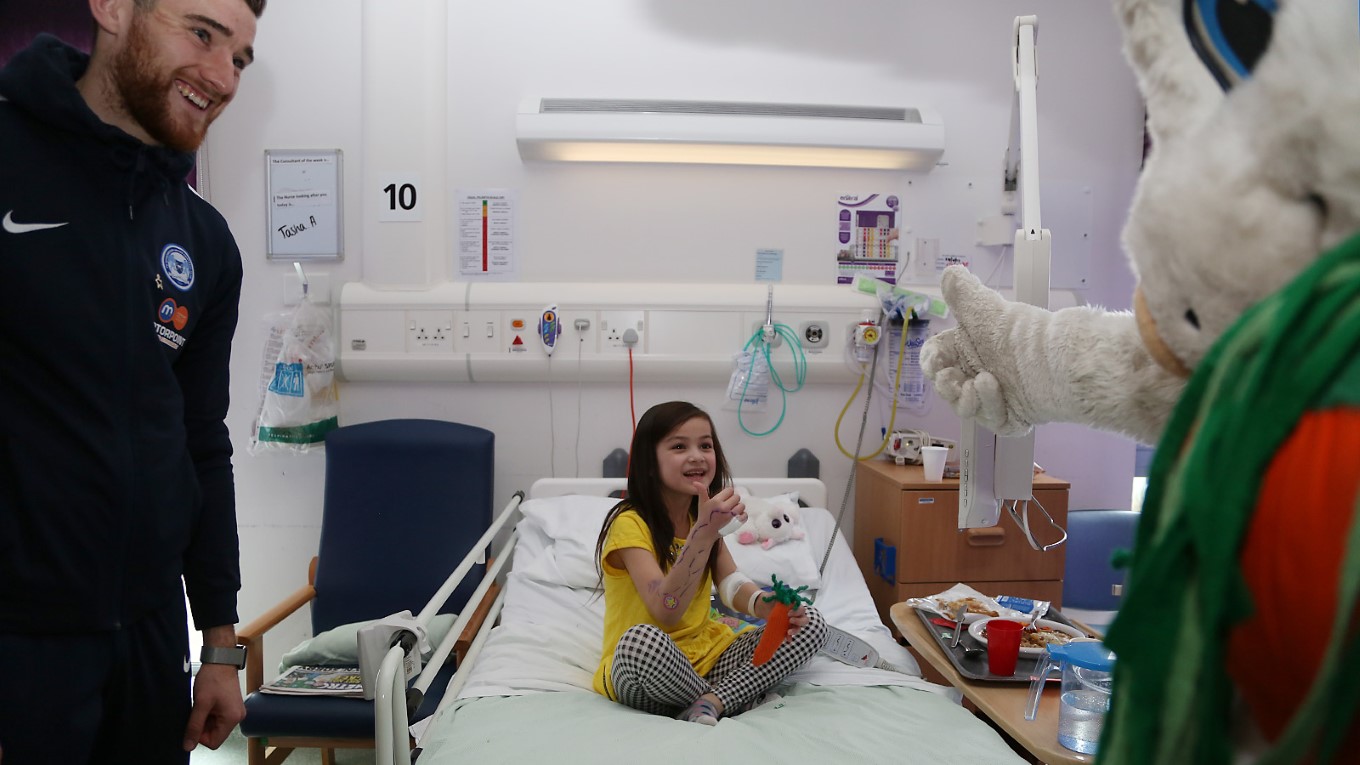 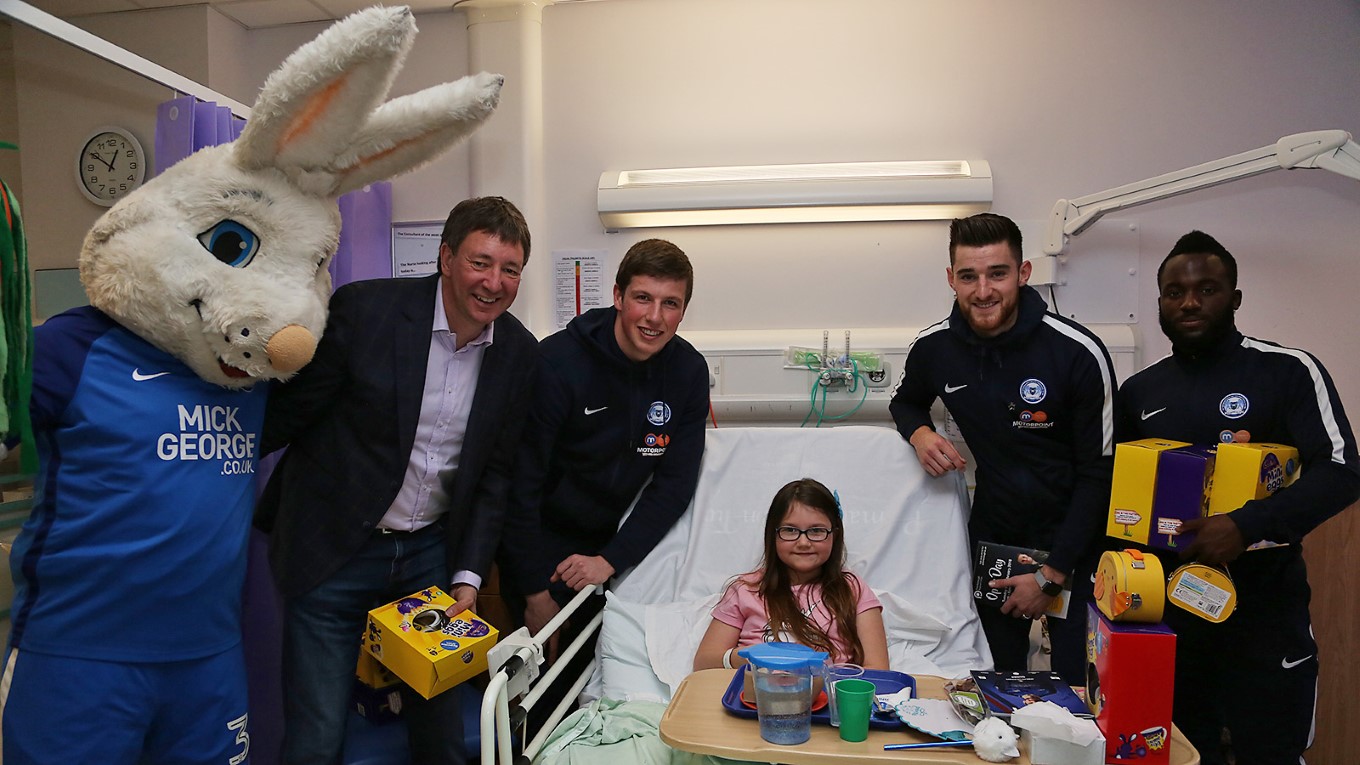 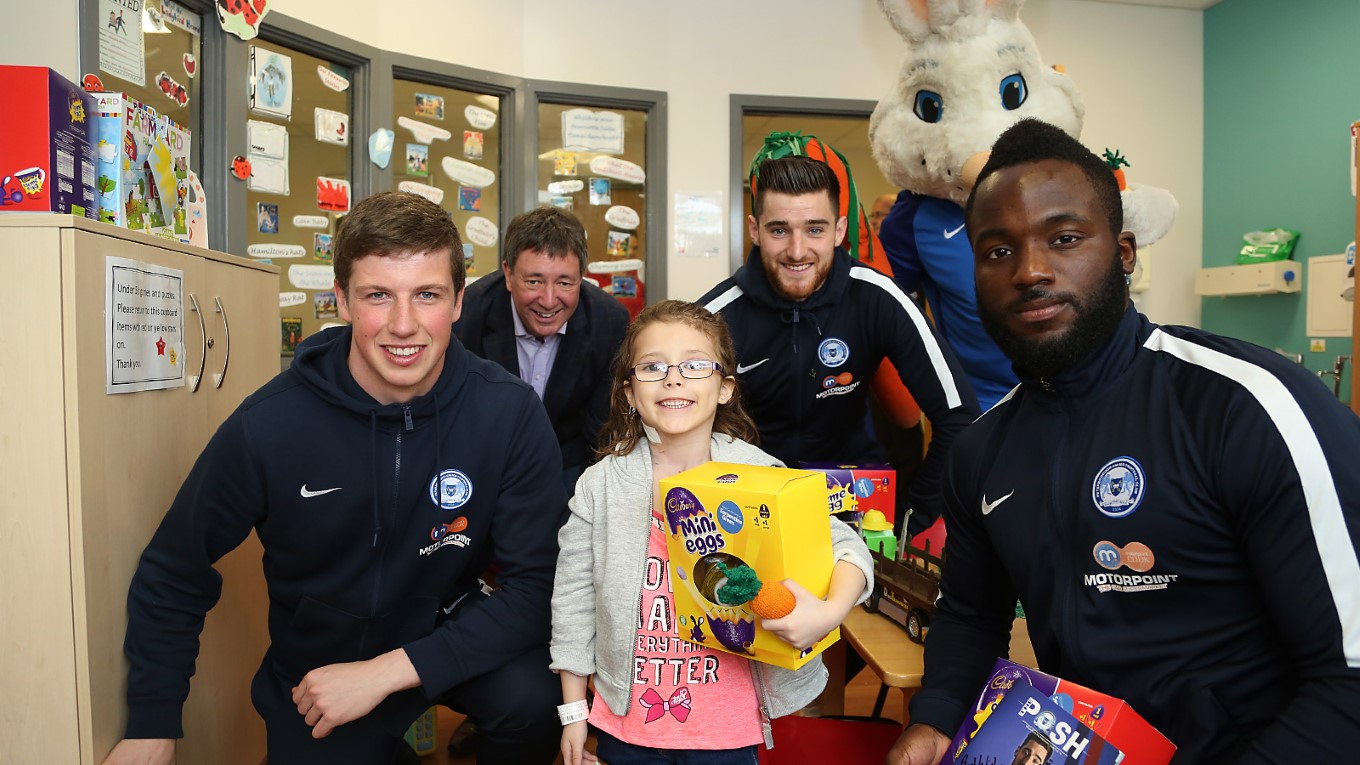 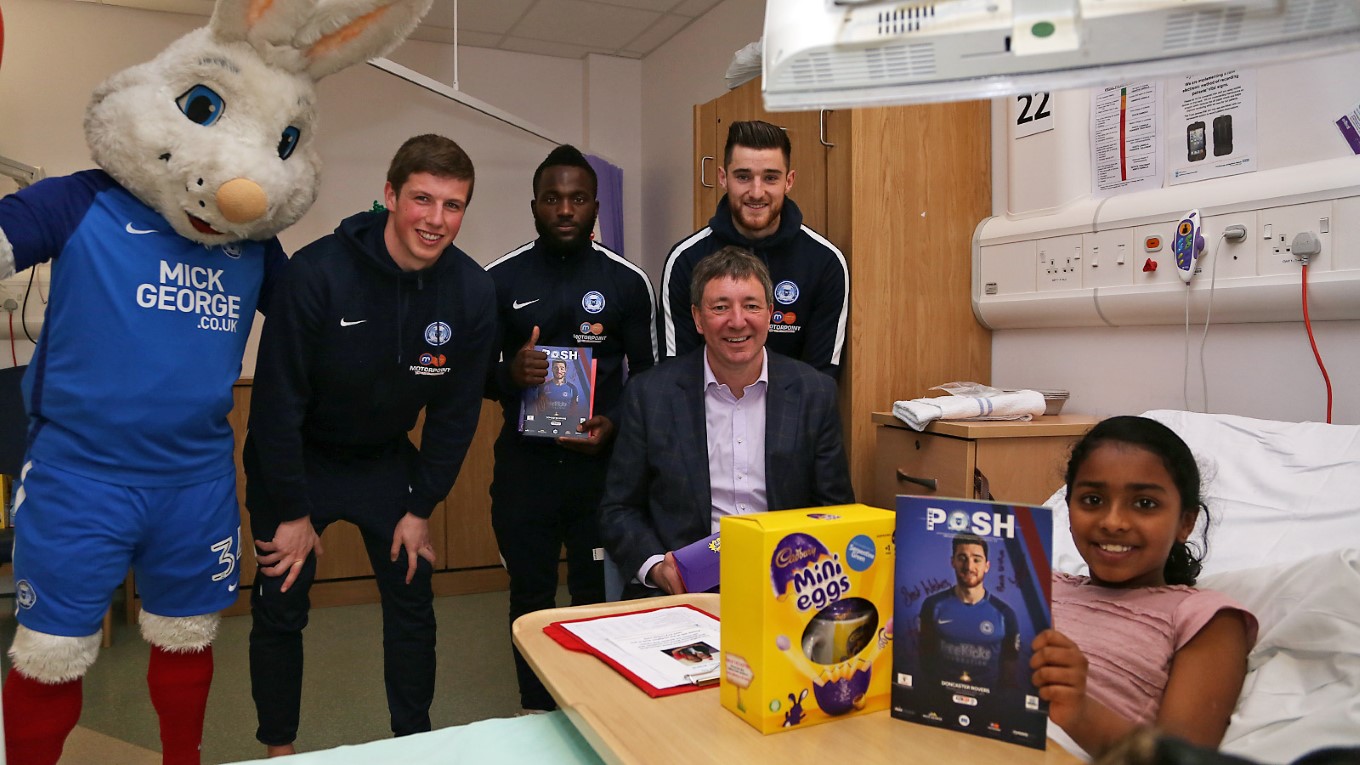 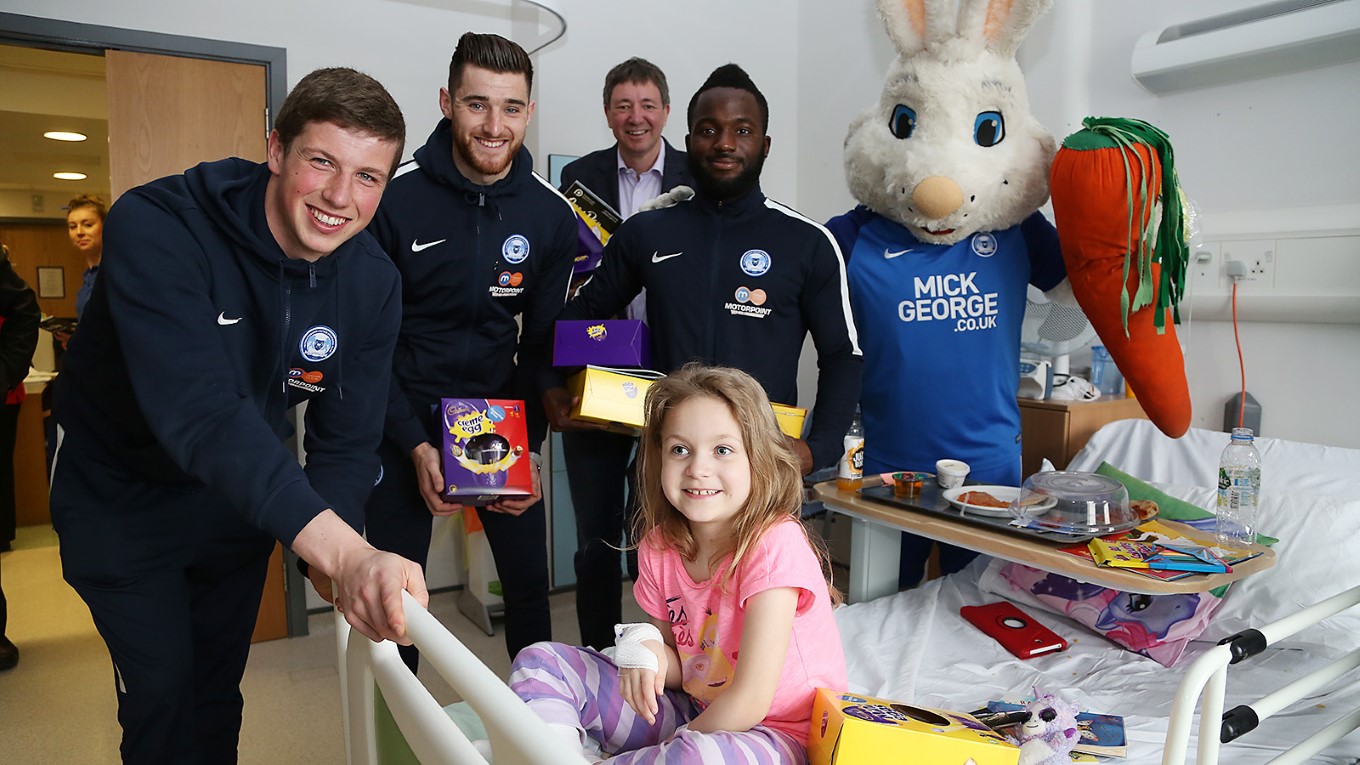 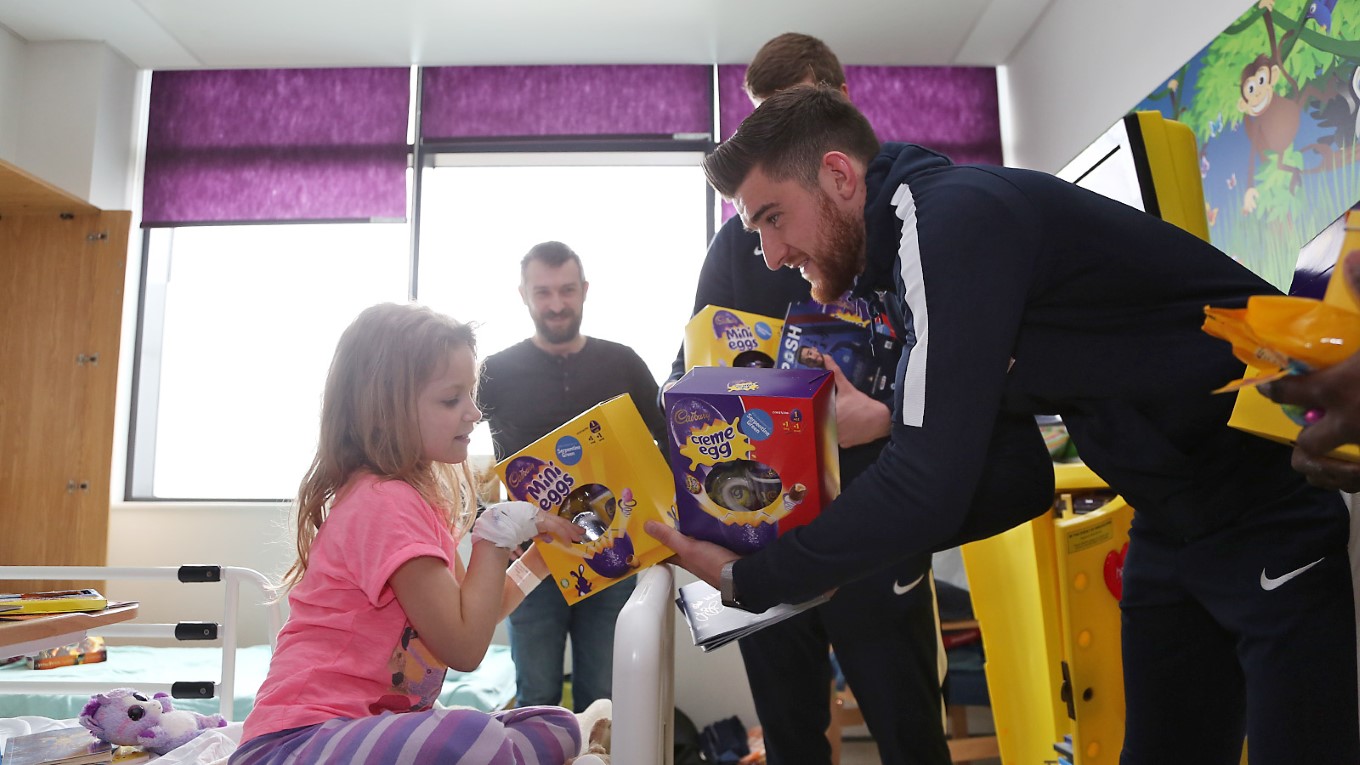 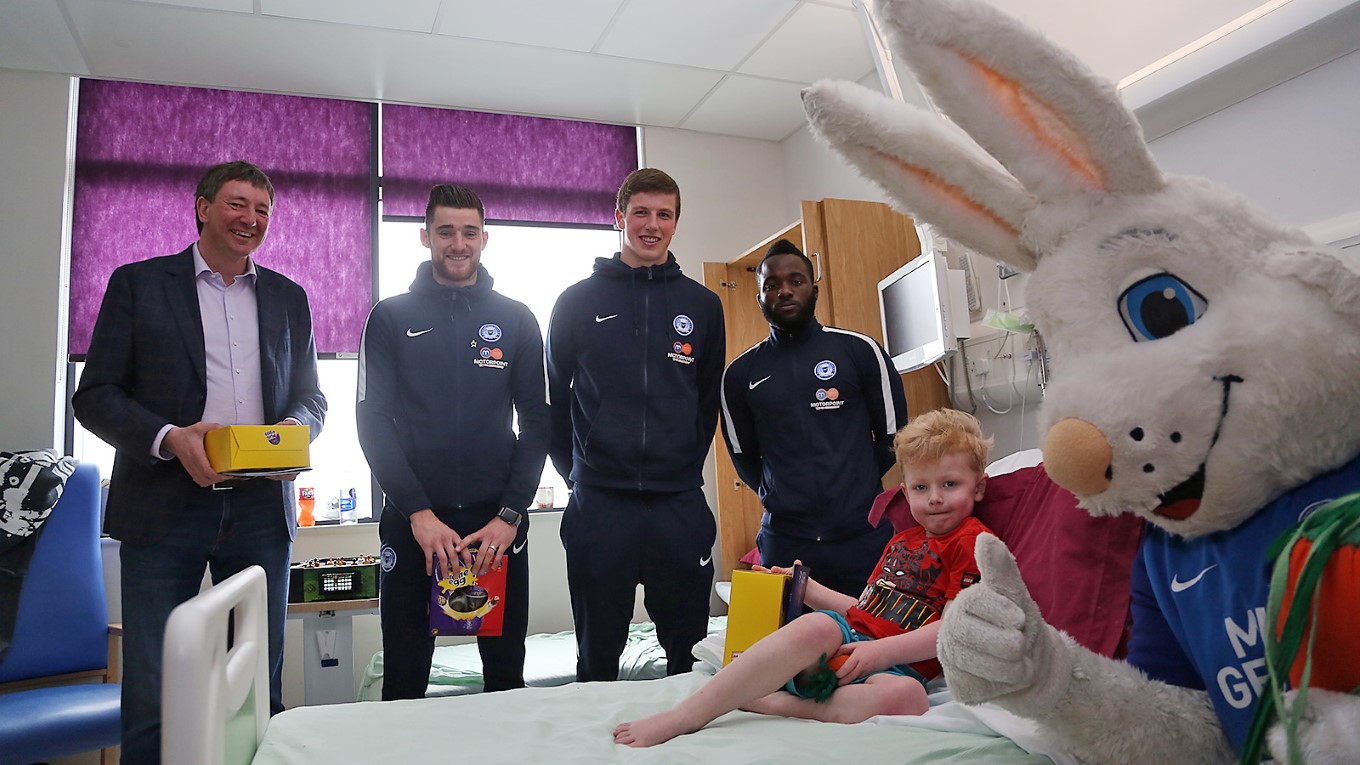 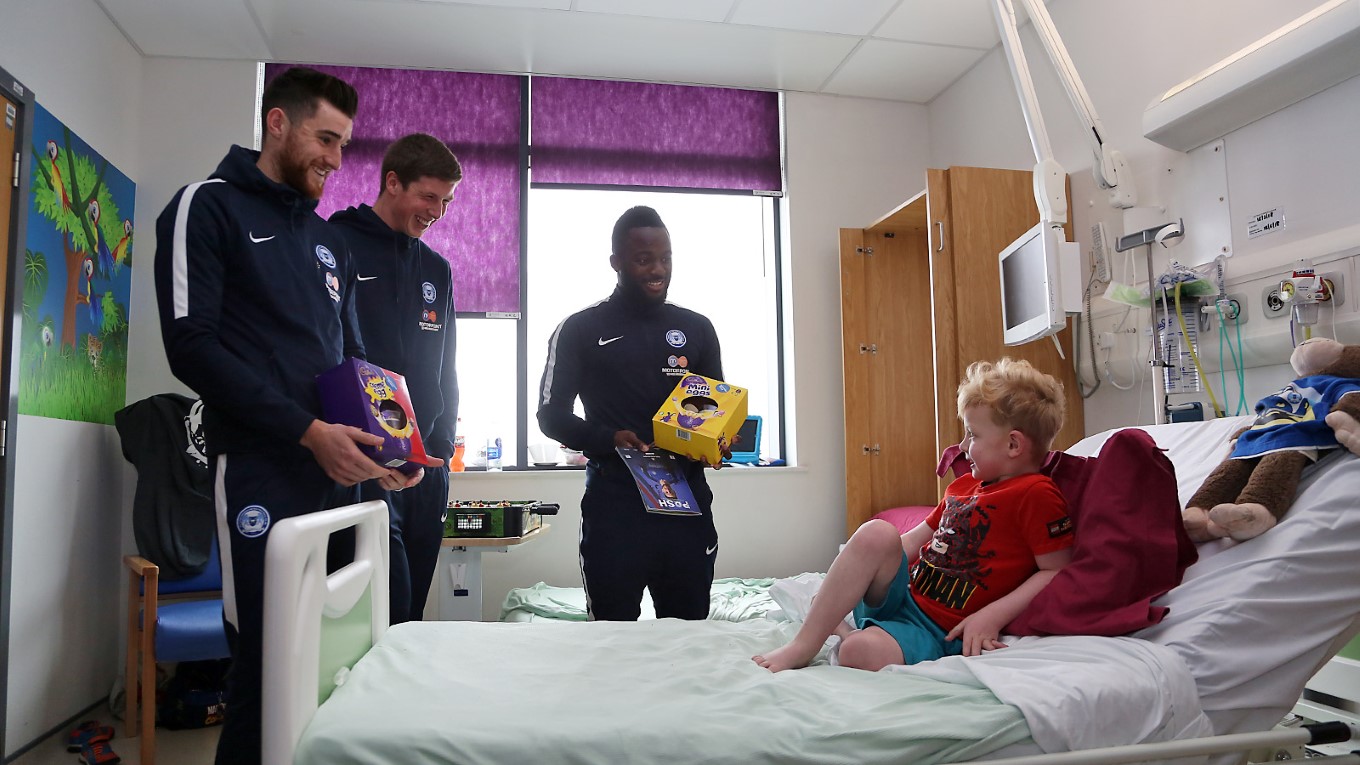 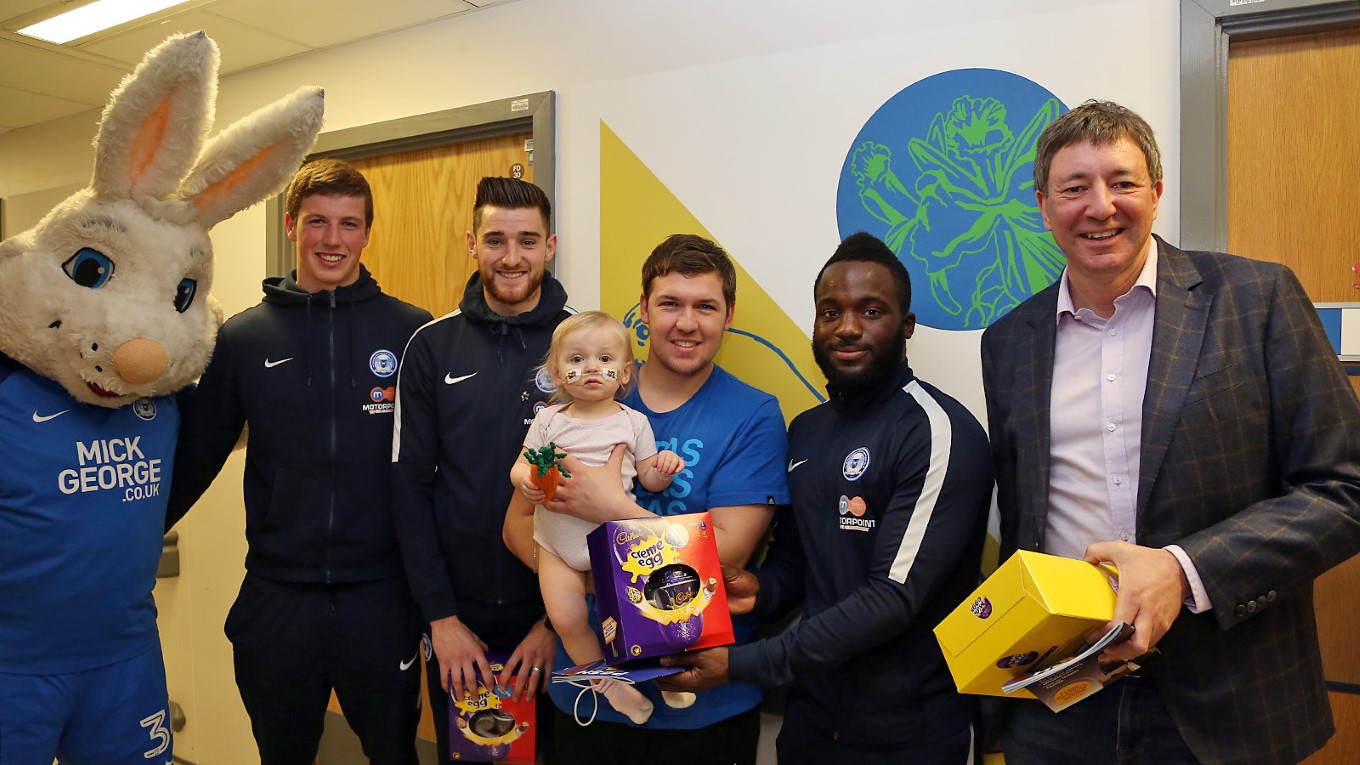 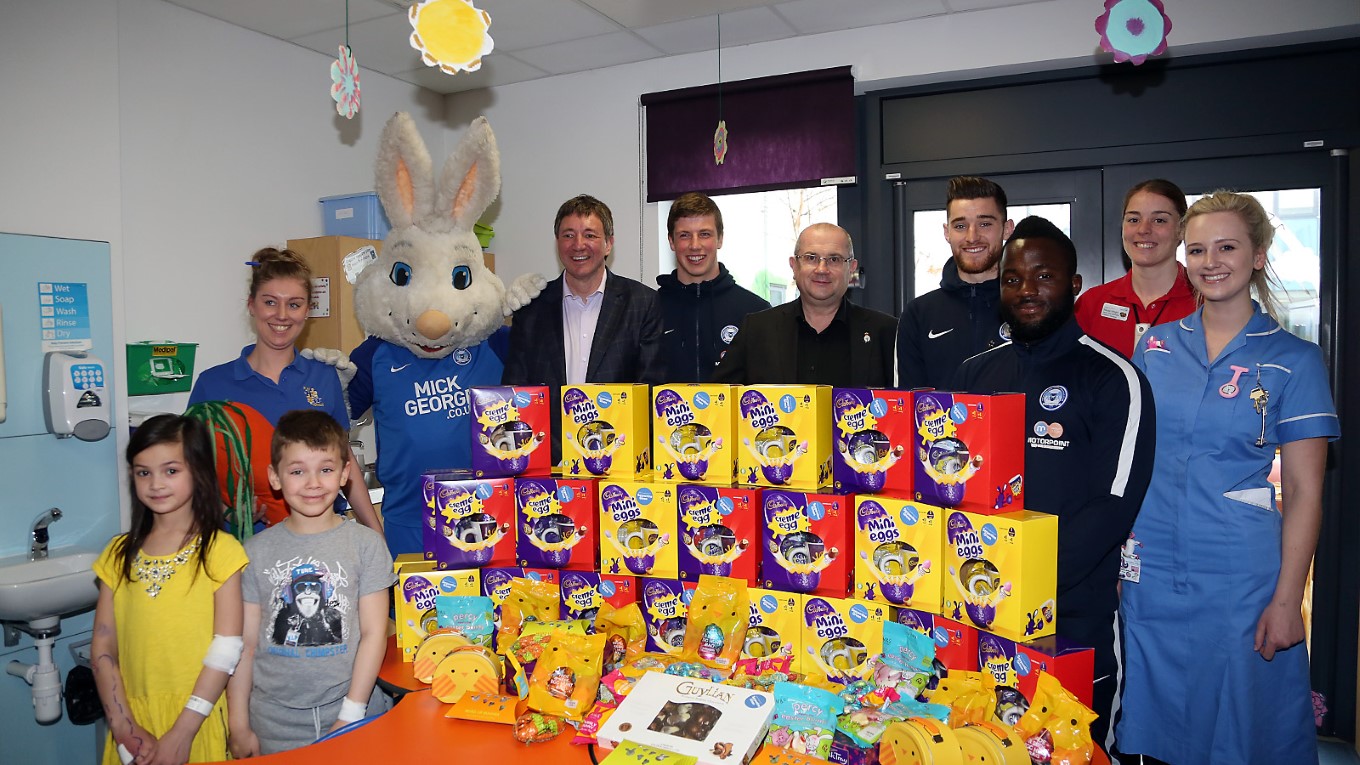 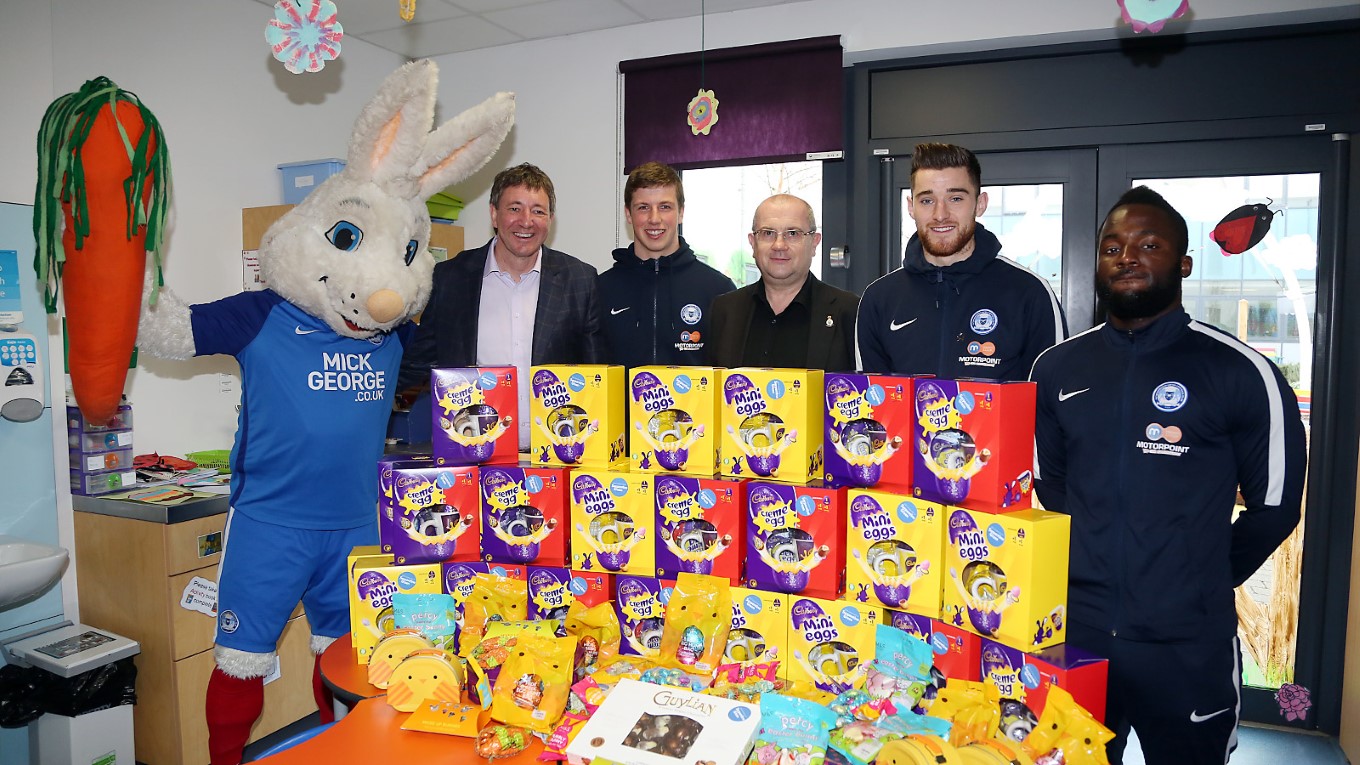 Peterborough United’s Jack Baldwin, Junior Morias and Conor O’Malley, along with our very own Easter bunny Peter Burrow, were on hand to deliver Easter Eggs to children on the Amazon Children’s Ward at the Peterborough City Hospital on Tuesday afternoon (27th March).

The players, who were joined by new co-owner Jason Neale and the ever-popular Peter Burrow, were taken around the ward, meeting kids and parents before handing out the eggs, posing for pictures and giving away signed match programmes.

The Easter Eggs, complete with mugs for the parents, were funded by Steve Coulson from Serpentine Green Shopping Centre, based in Hampton, and he also provided some big boxes of chocolates for the staff on the ward in appreciation of the work they do.

Captain Jack Baldwin said; “It’s never nice for kids or anyone to be in hospital, so for us to come in and distribute some Easter Eggs and bring a little bit of joy to their day really means a lot to us and plus the kids get to meet Peter Burrow. It’s all about giving back to the community which is an important part of what the football club does.”

Jason Neale added; “The players and kids that were there got a lot out of the visit. I have children, as do some of the players so you can see the players were really keen and enthusiastic to get involved. We spent much longer here than I imagined and it is important to recognise that the players gave up their day off to come here and give out Easter Eggs. They spent a lot of time chatting with the parents and interacting with the kids. It was really touching to see.”