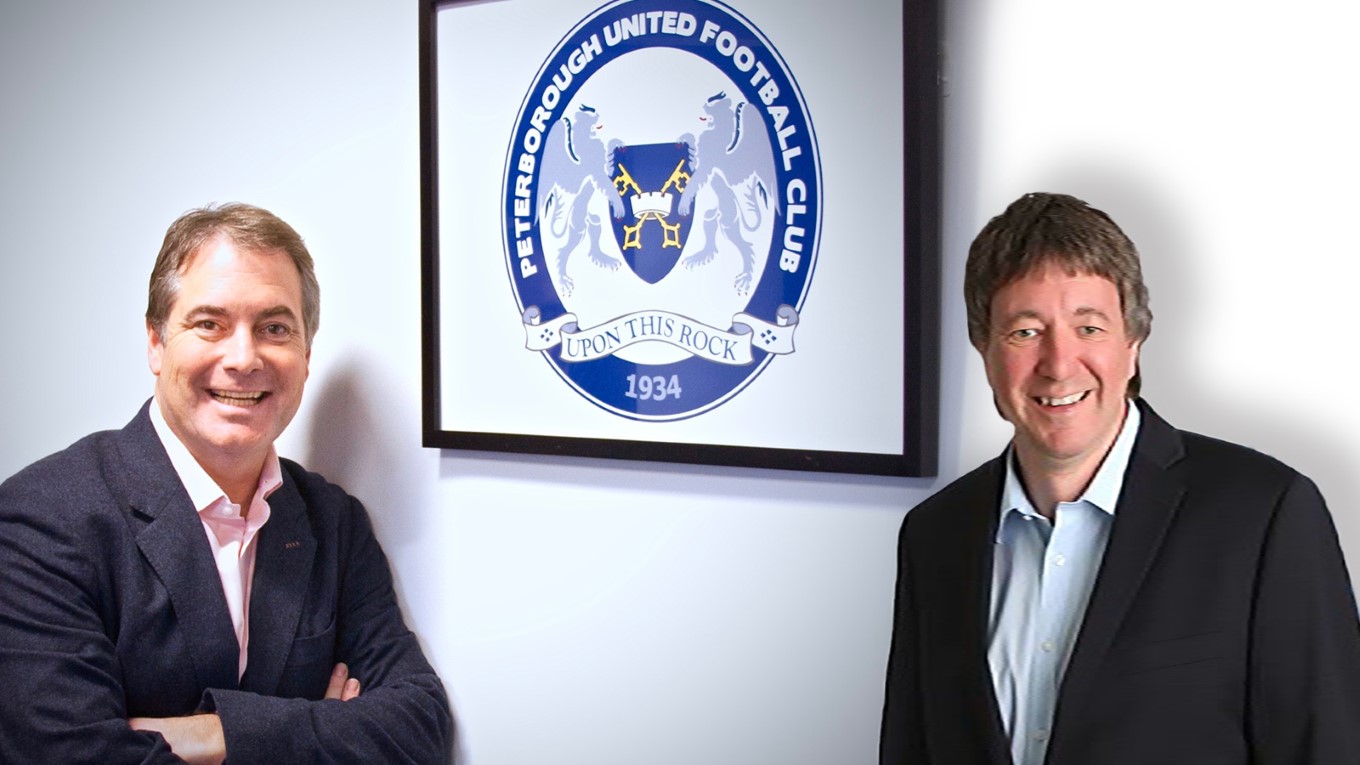 Neale and Thompson excited to join forces with Darragh MacAnthony to push The Posh to even greater success on and off the pitch.

“This is banner news for the football club, its staff and for the city of Peterborough,” said Mr. MacAnthony. “While I have not been actively looking for new partners or to sell the club, when Jason and Stewart were introduced to me several months ago, I was so impressed with their creative energy and brilliant business minds that it was clear the three of us in concert could really grow all aspects of this club.”

Mr. Thompson and Dr. Neale will hold their shares through Kelgary Sports and Entertainment, a Canadian entity through which other investors participate along with Mr. Thompson and Dr. Neale. They will both serve as directors on the club’s board with immediate effect. The Canada-based investors have been actively looking at EFL club ownership for the past two years and see Peterborough as an ideal fit on many levels.

“While I have deep background in corporate turnarounds, what’s most attractive about the Posh is that it is already firing on all cylinders,” said Mr. Neale, who is originally from the UK and holds his PhD in Electronic Systems Engineering from the University of Essex and a joint EMBA from the Columbia and London Business Schools. “Darragh, Bob, Barry and the entire Club have a strong, clear 3-5 year plan that Stewart and I have bought into and will put our expertise and passion into bringing to fruition.

Dr. Neale has enjoyed a life long passion for football that started on the terraces of the Dell as a 10-year-old, includes coaching football in England and North America and culminates in today’s announcement.

“It’s a testament to the reach and emotional power of English Football that I, who chased a ball across the sodden shale pitches of Canada’s west coast as a lad, grew up with a true desire to be a real part of the game,” said Mr. Thompson, the Founder and CEO of Valhalla Private Capital. “I always believed that my passion for the game paired with the business and commercial acumen I’ve gained along the way could and should land me where I am today. I’m grateful to Darragh for helping me achieve this goal and excited to deliver many more successes with him, Jason and the entire Posh organisation.”

The governance of the club will be managed through the Board with all three partners having equal voice and shared operational control. Both Dr. Neale and Mr. Thompson are committed to taking an active role in Peterborough United’s long-term success. The club’s key objectives remain the same: securing Championship football and thriving once there, bringing the stadium back to club ownership and filling it with fans for every match, and improving and expanding facilities and the youth system.

“This partnership is not about going out and spending silly money on players or their agents but more about building on what the club already does very successfully,” said Mr. MacAnthony. “I am very excited both Jason and Stewart are on board and over time our fans and the city will see exactly why. This Partnership is without doubt one of the best moves I have made in my eleven years as Chairman of Peterborough United Football Club.”