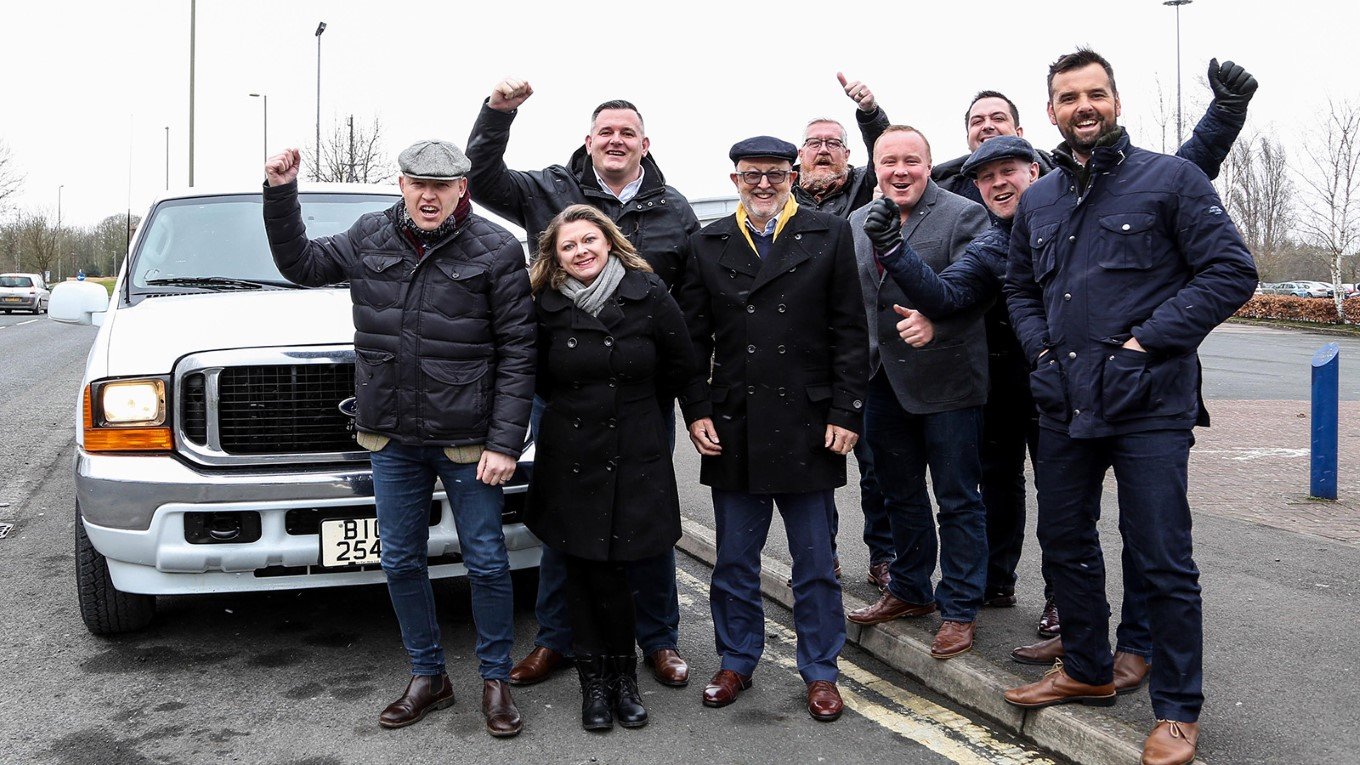 Despite the result which didn’t turn out as was hoped, it was still a memorable occasion for nine POSH supporters who made the trip down the motorway to Oxford United FC on Saturday.

Collected from the ABAX Stadium and chauffeur driven to the Kassam Stadium VIP style, that was just the beginning of the special treatment that the fans were presented with, courtesy of the Clubs’ official kit-sponsor Mick George Ltd.

The fixture which was held on St. Patricks Day was suitably celebrated from the off. Guiness, Champagne and various other refreshments was flowing in the Limousine travel, prior to arriving at the ground where a three-course meal and a full-hospitality package awaited.

The best was yet to come. Having sampled the pitch and dugouts, the guests then got a sneak-peak of the away dressing rooms, where the players shirts were neatly arranged on either side, offering a preview of the team news prior to any official announcement.

As the players arrived and made their way off the coach and down the tunnel, the visitors were able to gather signatures, photographs and brief conversations with the squad and management staff.

Kick-off was nearing. Where the guests would normally make their way to a seated-terrace at this point, this time around they got to enjoy the comforts of a Directors Box which also permitted the ability to avoid the inclement weather conditions that was present on the day.

In spite of a gallant fightback from 10-man POSH, the team were unable to overturn the arrears but nevertheless the visitors had a spectacular trip that they are unlikely to forget. Post-match discussion continued as the group made their way back to Peterborough in the Limousine.

Neil Johnson, Technical Director of Mick George Ltd commented: ‘’It wasn’t the result that we hoped for, but the group were not deterred, and all remained in high-spirits from start-to-finish.’’

Johnson continued: ‘’It looks like it will be another interesting end to the season with plenty to play for. We will be doing all we can to support that playoff push and provide supporters with more engaging opportunities to improve their match-day experience.’’