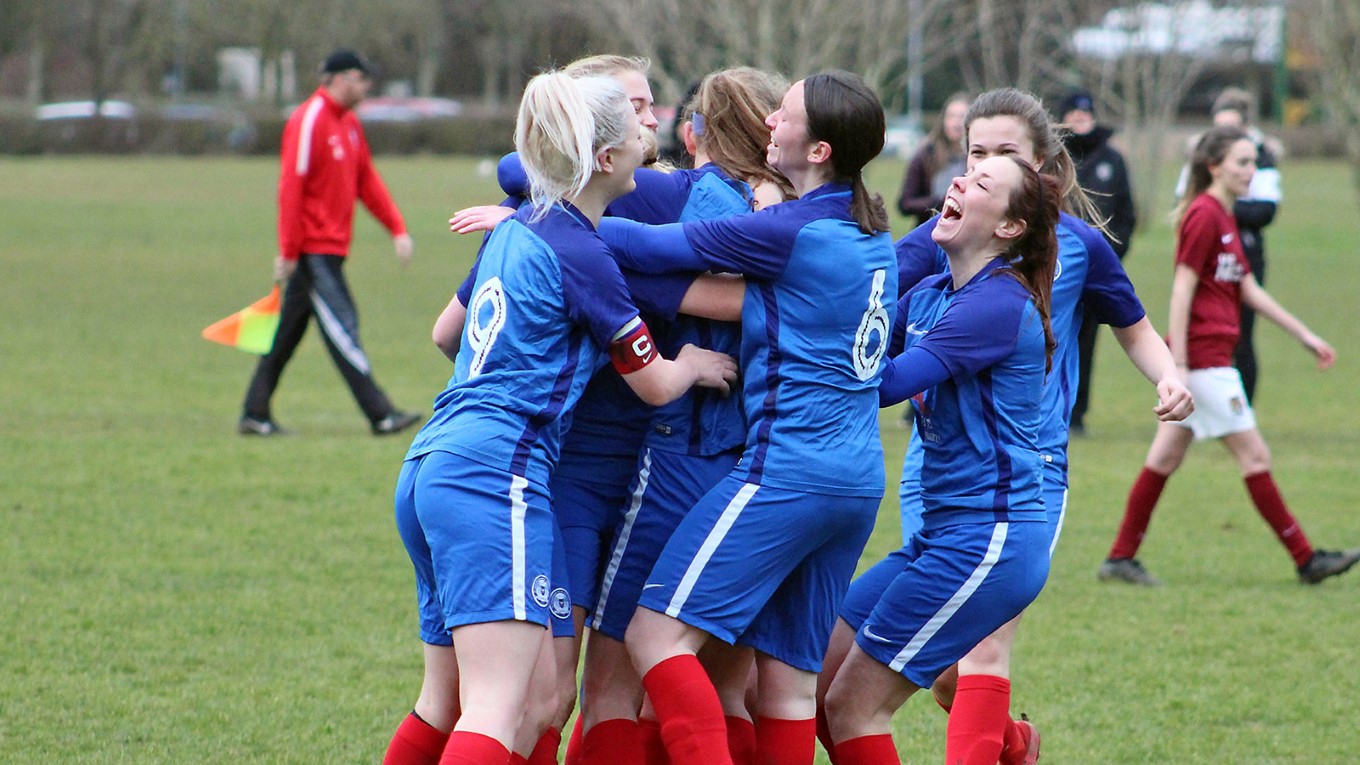 Posh Ladies come from behind to clinch a 3-2 victory in their latest league fixture.

Peterborough United Ladies showed true grit and determination to come back from 2-0 down in the first half to win 3-2 against Loughborough Foxes Ladies.

The Ladies started well with Jess Driscoll seeing a lot of the early ball, but it was Loughborough who took the early lead with a well struck shot that sailed over the Posh keepers head. Their second goal came from a well struck free kick.

At 2-0 down at half time it looked as if the League title was slowly slipping away from the Ladies however a rousing half time team talk saw a rejuvenated Ladies team in the second half.  On 53 minutes Jess Driscoll allowed the ball to run past the defender who could only watch as the Posh striker lashed the ball past the oncoming goalkeeper to make it 2-1.

Ten minutes later on 63minutes Jenna Lusk produced one of her trademark flicks in midfield to Jeorgia Carr who crossed to Jess Driscoll who struck the ball past the diving goalkeeper to make it 2-2.

At this stage there was only ever going to be one winner and that moment duly arrived in the 74th minute when Jenna Lusk headed down a high ball to Tash Applegate who converted a low shot into the goal with her right foot to make it 3-2.

All credit to the Loughborough Foxes Ladies. They pressed really well in packs in the first half but started to tire in the second half.

Player of the match was Jess Driscoll who produced another outstanding display.