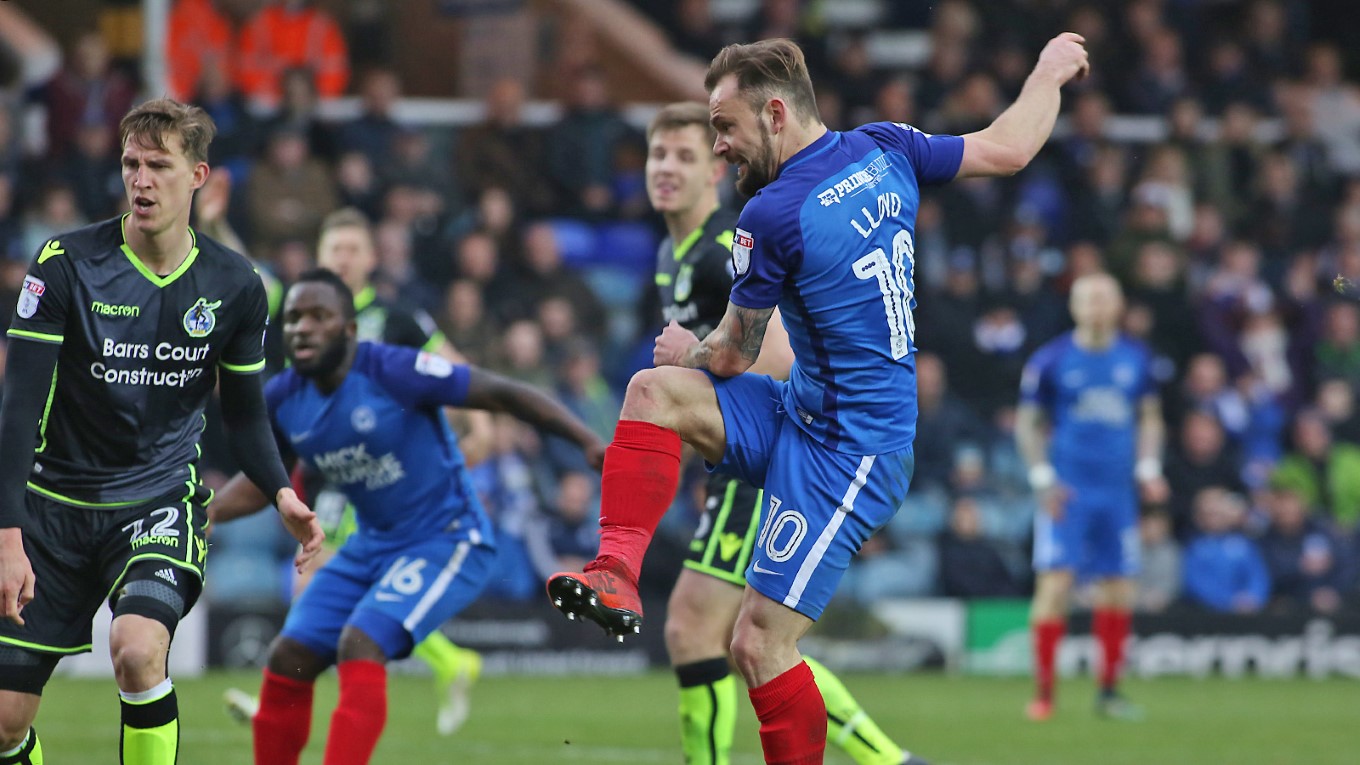 Posh forced to settle for a point from home clash with Bristol Rovers at the ABAX Stadium.

Peterborough United had to settle for a 1-1 draw with Bristol Rovers at the ABAX Stadium but despite the frustration at not taking all three points, Steve Evans’ men have moved back into the play-off positions thanks to results elsewhere.

Posh were forced into an enforced substitution inside the first five minutes with Ryan Tafazolli forced off with what appeared to be a muscular injury, Lewis Freestone was his replacement as Hughes moved into centre back.

Goalkeeper Slocombe did well to deny an attempted lob from Morias on 13 minutes after a wonderful pass from Maddison picked out the striker in the left-hand channel. Danny Lloyd cracked a free-kick wide of the target after Grant was upended on the edge of the box after a patient spell from Posh in the attacking third.

Lloyd then volleyed over under severe pressure at the back post on 20 minutes as Posh continued to carve out half-chances. Bola was cautioned for hacking down Maddison as he attempted to clear on 25 minutes. The visitors withdrew Bola moments later as Gaffney was introduced. Bola headed straight down the tunnel.

Grant was cautioned for dissent before Slocombe produced a superb fingertip save to divert a low Maddison effort around the post. Grant curled over the top as four minutes of injury time was signalled by the fourth official.

Tony Craig volleyed over moments after the re-start after Posh failed to clear a corner as Rovers pressed for the breakthrough. Marriott saw a shot blocked before Hughes was cautioned for a high challenge on Lines.

The visitors got their noses in front on 55 minutes and it was an extremely scrappy affair, Grant managed to somehow clear off the line from a downward header but CRAIG was there to bundle the ball into the back of the net.

Shephard somehow managed to clear Harrison’s clever flick over his own crossbar moments later as Posh came close to being 2-0 down inside a minute. Posh drew themselves level just ahead of the hour mark, Maddison’s deflected cross was allowed to reach LLOYD at the back post after good use of his body from Morias and the former Stockport man fired low past the keeper.

Marriott then saw a low shot deflect just past the post as the home faithful raised the noise level inside the ABAX Stadium. Morias saw a shot blocked before Slocombe kept out a Forrester shot in rather uncomfortable fashion.

Morias was a whisker away from putting Posh in front on 69 minutes, but his towering header from a Lloyd cross clipped the outside of the post. Posh made a change on 74 minutes with Junior Morias replaced to a standing ovation, Omar Bogle was his replacement.

Sercombe fired over on 76 minutes after bustling his way into the penalty area. Skipper Clarke then hooked over after taking advantage of a Freestone slip. Former Posh striker Tom Nichols replaced Sercombe on 84 minutes. Hughes headed a late chance of the bar from a Cooper cross.

Clarke fired a late shooting chance over the top for the Pirates deep into stoppage time before the official brought an end to proceedings with both sides taking a point.