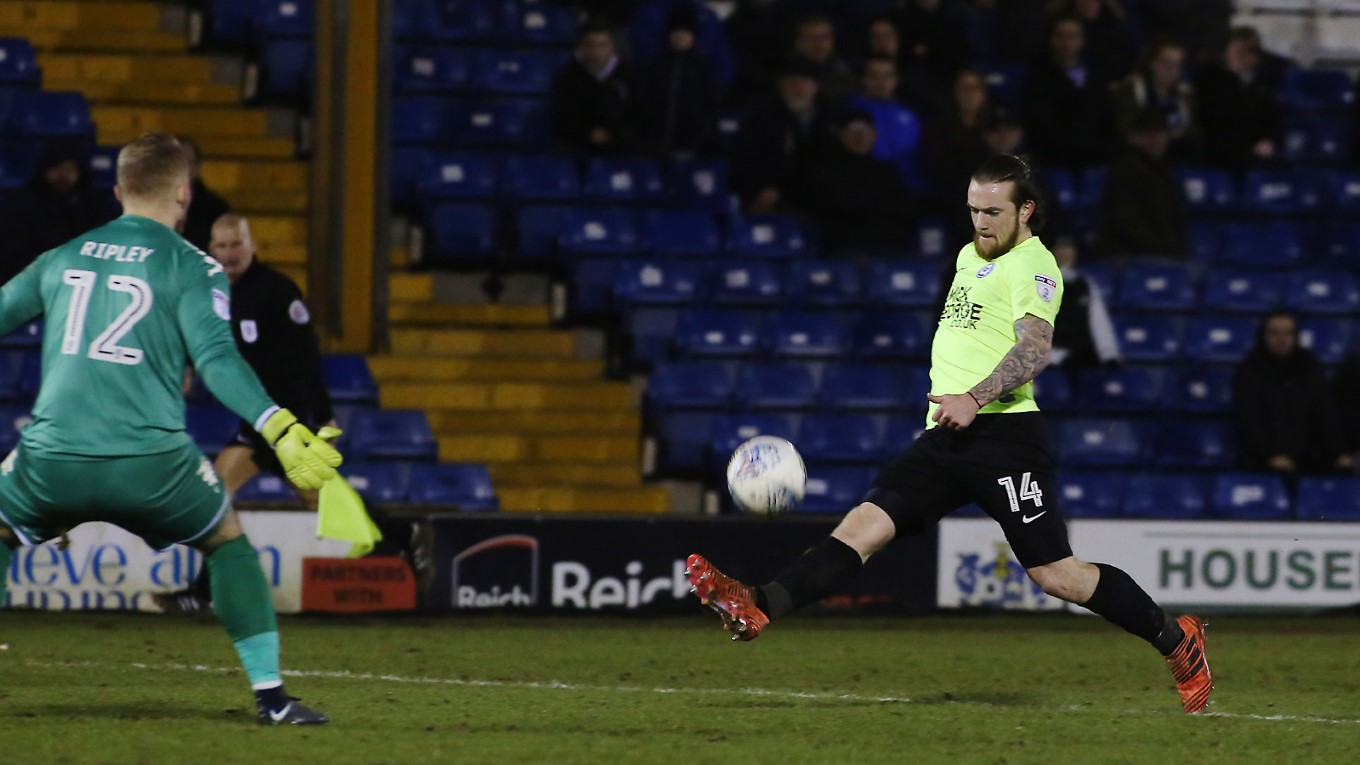 Match report for Bury vs Peterborough United on 13 Mar 18

A wonderful defensive effort and a late winner - the perfect away combination and Posh secured three vital points at Gigg Lane.

Peterborough United made it three wins from three in dramatic circumstances as Jack Marriott fired his 28th goal of the campaign in the 92nd minute of this Sky Bet League One clash at Gigg Lane with Steve Evans’ men moving into the play-off positions as a result.

Jay O’Shea had the first effort of the game on two minutes, but his long-range effort went well wide of the far post. Jack Marriott saw a shot blocked at the other end after good work down the left from Joe Ward.

Marriott was denied by a decent stop from Ripley on 10 minutes after the striker managed to evade the offside trap, the keeper doing well to gather at the second attempt from the low effort. Bond was called upon for the first time on 16 minutes, parrying a volley from Miller from an acute angle away from danger.

Miller saw a shot clear the crossbar after a sharp turn in the box on 21 minutes after Mayor did well on this near side. Ince was booked for hacking down Lloyd on 25 minutes but Maddison’s resulting free-kick from around 35-yards cleared the crossbar comfortably.

Lloyd stung the palms of the keeper twice within 60 seconds on 40 minutes, the keeper doing well particularly on the second effort to get it clear. Marriott then saw a well struck strike blocked as Posh piled on the pressure before the interval.

The Shakers made a change at the break with Phil Edwards replacing Jones at full-back. Bond did well to hold a downward header from Danns moments after the break after a good ball into the box from Leigh.

Mayor flashed a shot over the upright from just inside the box five minutes into the second half after a neat passage of play from the hosts. Bond did well again to punch a Mayor cross clear after Shephard was penalised for a foul by the edge of the area.

Ince fired wide after good work from Danns in a tight area as the game reached the hour mark. Steve Evans made his first change on 69 minutes with Omar Bogle replacing Ward. The impressive Leigh sent a powerful drive from distance just wide of the target on 72 minutes after letting fly from around 30-yards.

O’Shea was denied by a flying Bond save on 76 minutes after Posh played themselves into a bit of trouble in their own defensive third. Marriott saw a left-foot shot on the turn go well wide after being picked out by Maddison moments later. Bogle then warmed the gloves of the keeper but a routine stop this time for Ripley.

George Cooper replaced Lloyd on 85 minutes as Evans made his second switch. Two minutes into stoppage time, Posh grabbed the lead, a wonderful pass from Maddison and what a finish from MARRIOTT, lobbing the advancing keeper for his 28th goal of the campaign.