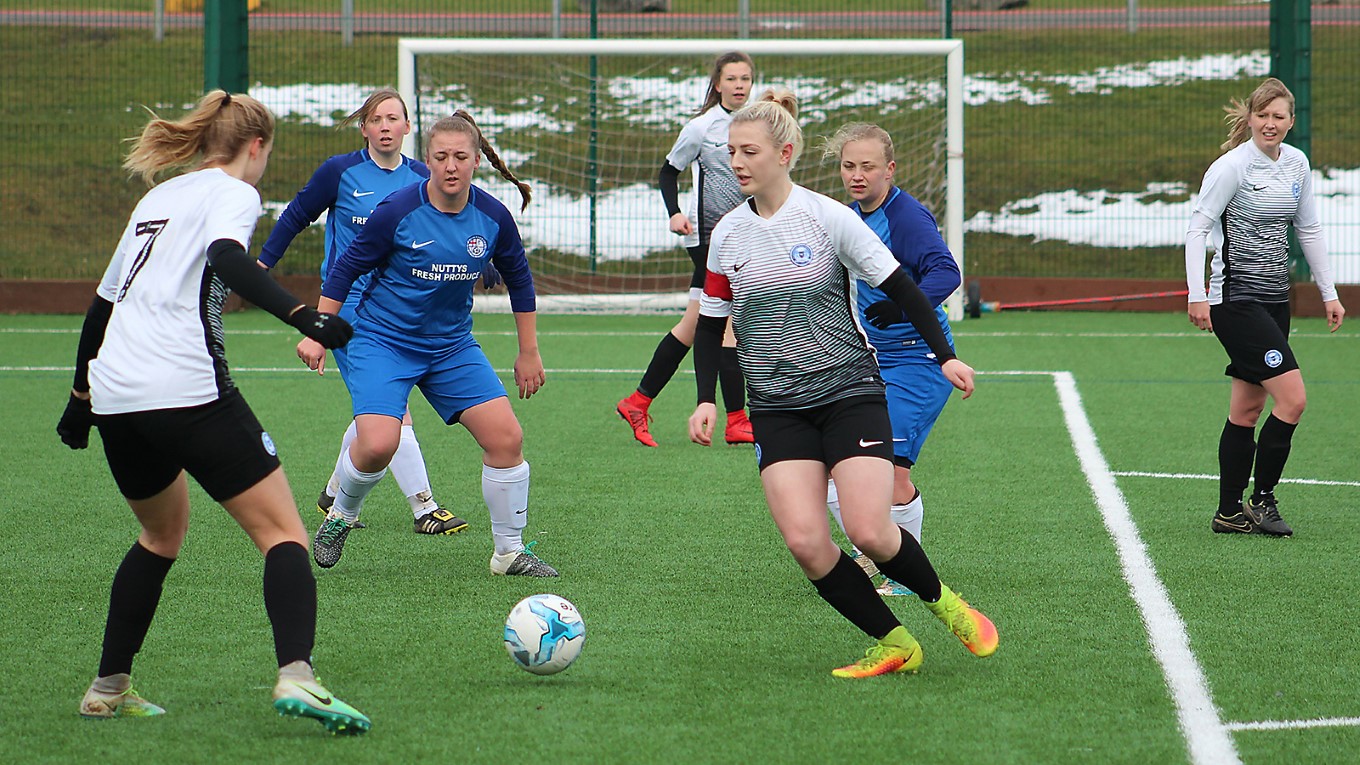 Jeorgia Carr among the goalscorers as the Posh Ladies march to the top of the league table.

Peterborough United moved to the top of the East Midlands Women’s Regional Football League Division 1 South with a comfortable 4-2 win against AFC Leicester. The Ladies had a brilliant start when Jeorgia Carr fired home from close range after five minutes to make it 1-0. In the 10th minute Keir Perkins continued her fine form in front of goal with a right-footed snap shot in the left hand corner of the goal to make it 2-0.

At that stage it looked as if the Ladies were going score for fun but the early goals seemed to galvanise AFC Leicester who started to move the ball with a sense of purpose. They got their reward when a right footed shot sailed over the stand in goalie’s head to make it 2-1.

The shock of conceding seemed to spur the Ladies onwards who restored their two goal lead in the 37th minute when Jeorgia Carr struck the ball with power past the despairing dive of the Leicester goalkeeper to make it 3-1.

The second half saw the Ladies continue to drive forward. Jess Driscoll was unfortunate not to score after rounding the goalkeeper and Jeorgia Carr saw a right foot effort skim the post but it was Carr who scored her hat trick in the 69th minute to make it 4-1 with a right footed drive that flew into the right hand side of the goal. AFC Leicester scored a consolation goal with 10 minutes to go but never really troubled the Ladies who held on to secure a well-deserved victory