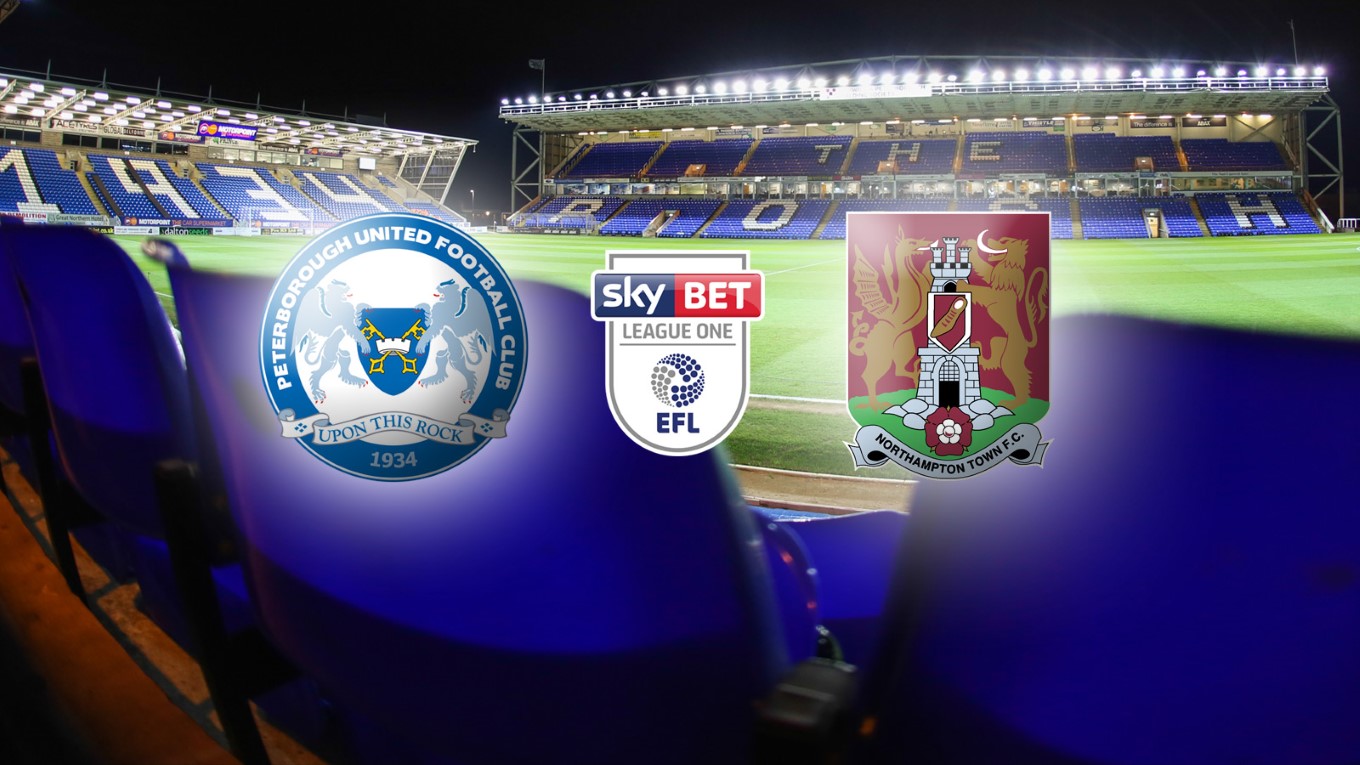 We welcome your support for Monday's local derby with Northampton Town at the ABAX Stadium.

Peterborough United entertain local rivals Northampton Town at the ABAX Stadium on Easter Monday (3pm) in Sky Bet League One action and both sides will be looking for all three points for very different reasons.

The Cobblers suffered a 4-0 home defeat to Charlton Athletic on Good Friday at Sixfields, leaving them two points from safety in the relegation zone. They also have a poor goal difference and several other sides around them in trouble have games in hand.

Posh secured a point at promotion contenders Rotherham United thanks to a goal deep in stoppage time by Jack Marriott, his 30th goal of the campaign.

Ryan Tafazolli was substituted midway through the second half of the 1-1 draw at Rotherham after collecting a final warning from the match official whilst already being booked. Jack Baldwin returns to the squad after serving a two-match ban. Gwion Edwards and Alex Penny are both sidelined due to injury.

Northampton are expected to make changes to their side but they are without influential attacking midfield man John-Joe O’Toole due to suspension. Joe Bunney and Leon Barnett are two players that could come into the starting line-up.

“Local derbies are not about individuals, it means everything to the supporters. I know what the rivalry means. I have lived in this city for many years. I remember talking to the great Chris Turner and thinking that Cambridge was the big derby, but he soon corrected me and this is a big game for the football club and one we are looking forward too.”

I can see their side. I’m a football man and I’m a football lover and this game is nothing without the supporters. This is their club and this is their passion and I understand that, but I’ll tell you one thing, I know I’m the right man to take this club forward. I’d rather they have a go at me and want me out and all that kind of stuff because I can accept that and losing 4-0 at home is not good enough.

But I want the players to be in the best frame of mind to be able to produce for them (the fans) because they are paying their hard-earned money. So don’t me wrong - I do understand, I really do understand. After 70 minutes, one shot is not good enough,” Northampton boss Jimmy Floyd Hasselbaink said after the 4-0 loss to Charlton.

Tickets for the game are available at www.theposhtickets.com, via the Ticketmaster hotline 0844 847 1934 (calls cost 7ppm plus your network access fee) and in person at the ABAX Stadium Box Office. Northampton fans will be in the Motorpoint Stand for the fixture.

The fan zone will be in operation from 1pm with FootPool, FootDarts and the Speed Kick machine available for supporters to get involved with. We are also pleased to confirm that a DJ will also be in the fan zone getting supporters in the mood for the game. We will also have a NHS Health Check van in operation encouraging 40-70-year-olds to have a free health check.

The match referee will be Michael Salisbury.