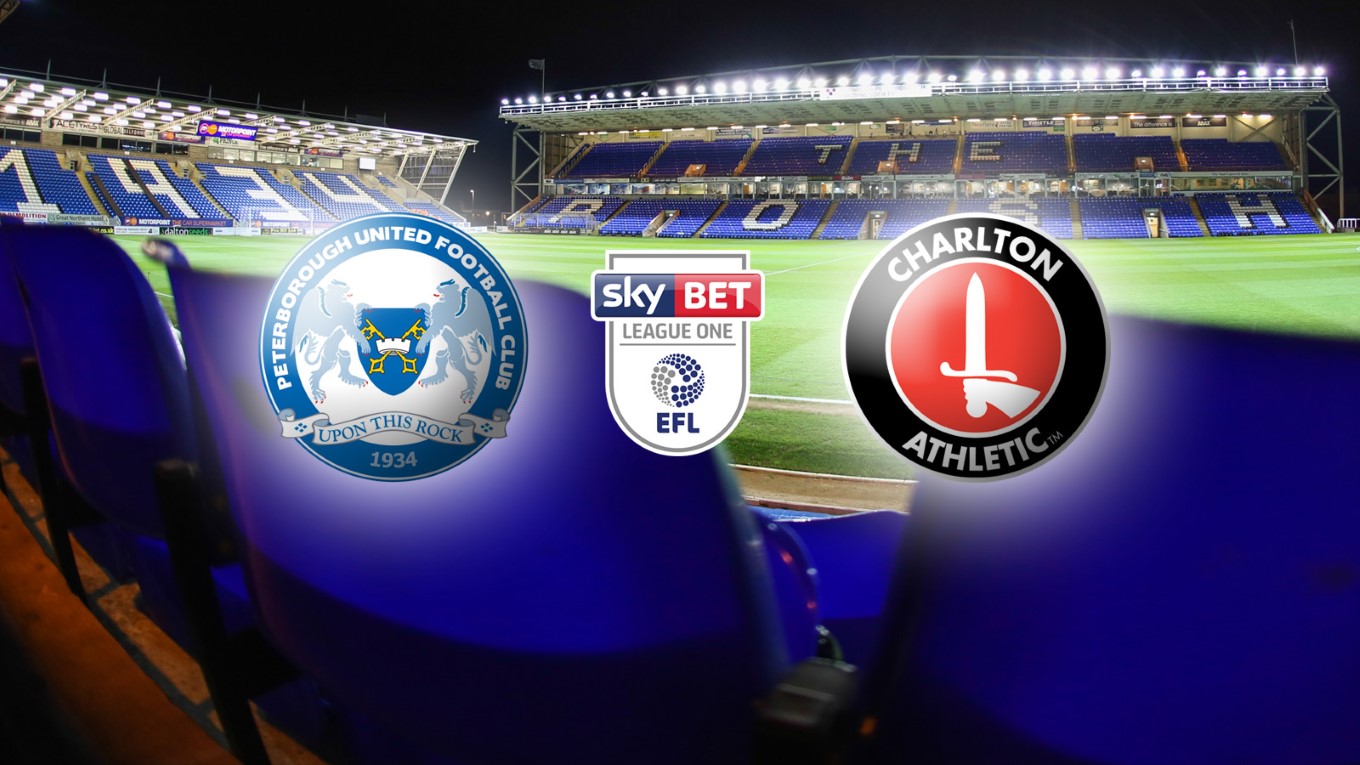 Buy your ticket for Saturday's big game against Karl Robinson's Charlton Athletic at the ABAX Stadium.

Peterborough United return to Sky Bet League One action on Saturday with fellow promotion contenders Charlton Athletic the visitors to the ABAX Stadium (3pm) and it will be a start of a new era in more ways than one.

Steve Evans takes charge of Posh for the first time and it will also be the first fixture under the club’s new co-ownership trio of Stewart Thompson and Jason Neale and Darragh MacAnthony. Posh were without a fixture last weekend as the scheduled clash at Shrewsbury Town was postponed due to the inclement weather.

The Addicks were also without a game and will be looking to bounce back from a 2-0 defeat to Shrewsbury Town. The game between the two sides finished 2-2 at the Valley earlier in the season, Posh surrendering a 2-0 lead to concede twice in the final few moments.

Boss Steve Evans is waiting on the fitness of centre back Ryan Tafazolli ahead of the game. The defender has been struggling with a hamstring injury. Anthony Grant missed the 2-1 win over Walsall due to injury but is back in the squad while Gwion Edwards and Alex Penny remain sidelined.

Josh Magennis has a hamstring problem and may miss out - while boss Karl Robinson will be hoping Tariqe Fosu and Jake Forster-Caskey will be ready to play, too - both trying to overcome their own injury concerns. Former Posh front man Nicky Ajose is another option – he played for the under 23s in mid-week.

“It will be a proud moment for me to be manager of Peterborough United for the first time on Saturday, but come 3pm, it will be about doing my job and trying to get three points for the club. I was at the game between the two sides earlier in the season and Charlton showed why they are a good side to come back and get a point.”

Actually the league standards from the bottom to the top two are great. Shrewsbury have done an unbelievable job and Blackburn have spent money and kept hold of their best players. All the rest are in a very similar boat. Two or three years ago you would not get some of these results. Oldham going to Scunthorpe and winning 2-0 or Walsall playing in the snow at Peterborough last Tuesday and then travelling back and getting a 3-0 win at Southend United. Our game at Peterborough on Saturday is massive. Everyone’s target for sixth place is 71 points. Millwall sneaked it at the death last year,” Karl Robinson said.

Former Posh winger Worrell Sterling is the club’s guest and he should be announced ahead of kick-off to the supporters.

The fan zone will be in operation with the Speed Kick machine, FootPool and FootDarts all available to get involved with. Turnstiles open at 1.30pm.