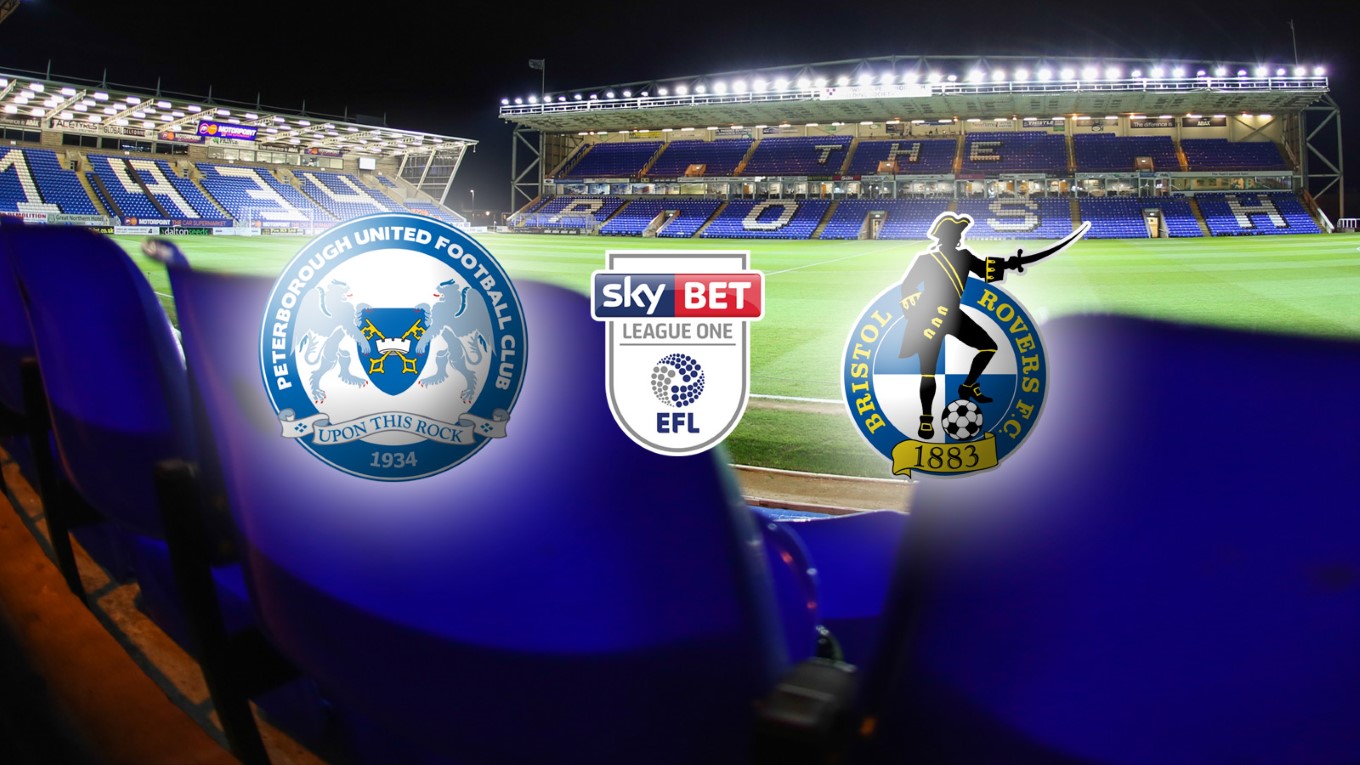 Tickets are available for Saturday's big game with Bristol Rovers at the ABAX Stadium!

Peterborough United entertain fellow play-off contenders Bristol Rovers at the ABAX Stadium on Saturday (3pm) and Steve Evans’ men will be looking to bounce back from last Saturday’s 2-1 defeat at Oxford United.

That was the first defeat under Evans’ management following successive victories against Charlton Athletic and Bury. Posh have only lost once in the league at the ABAX Stadium in the last eight games and striker Jack Marriott is just one away from reaching 30 goals in all competitions for the season.

The visitors were beaten 3-2 by Plymouth Argyle in their last fixture, but Darrell Clarke’s men are still very much in the play-off mix after a decent run of form. Ellis Harrison is their main man in attack, while there will be a familiar face in Tom Nichols, who left the ABAX Stadium for the Memorial Stadium last summer.

Posh are without the services of the suspended Jack Baldwin for the clash with the Pirates. He was shown a second yellow card just before the end of the defeat to Oxford and will sit out the next two games. Leo Da Silva Lopes is unavailable as he is away with Portugal under 20s. He played the last 25 minutes of the 1-0 defeat to Germany under 20s on Thursday. Portugal play England in Manchester on Tuesday. Gwion Edwards and Alex Penny are longer term absentees, but Chris Forrester should be fit to play after recovering from a laceration to his thigh.

“I can remember when Bristol Rovers got relegated to the National League a few years ago and you think ‘here we go’. But they stuck by Darrell Clarke because they knew he knew the level well after his time at Salisbury. He got them straight back up, and up again. It’s a difficult place to go, they’ve got a superb group of players and it’ll be a tough test for us, they’re a real contender for the play-offs. But we’re looking forward to it,” Steve Evans said.

“I get on well with Steve [Evans], he's a winner and he's got promotions on his CV so he's been successful and earnt the right to be a manager. I've got a lot of respect for him but he can certainly get a bit animated on the sidelines but I'll be steering clear of that!

“Yeah it'll be a tough game, they have good players and battered us in the home match earlier in the season which was really disappointing. Jack Marriott's scoring a lot of goals, Marcus Maddison's a good player and they've got more throughout the team but I'm sure when they've watched us they'll be saying the same things,” Rovers boss Darrell Clarke said.

The Salvation Army will be performing in the fan zone ahead of kick-off. The FootPool, FootDarts and the Speed Kick Machine will be in operation too. The fan zone opens from 1pm.

Members of the Peterborough Panthers Speedway team will be introduced to the crowd ahead of their new season. Former Posh defender Steve Welsh will be inducted into the club’s Hall of Fame and members of the under 8s will be signed into the Posh Academy.

Carl Boyeson will be the match referee.