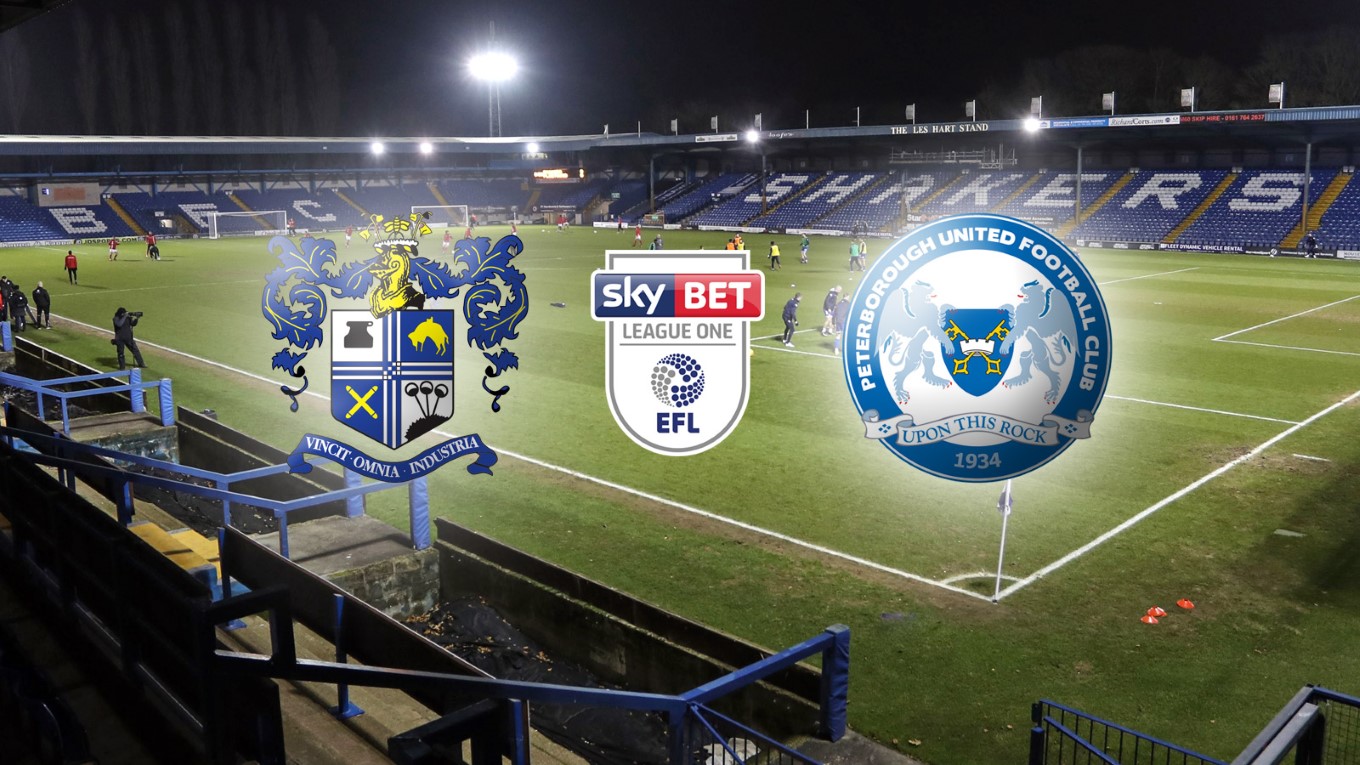 Match preview for Bury vs Peterborough United on 13 Mar 18

Peterborough United will look to build on Saturday’s 4-1 victory over Charlton Athletic at the ABAX Stadium on Tuesday evening when they travel to Gigg Lane to face Bury (7.45pm).

The Shakers have improved under caretaker manager Ryan Lowe and have lost just once in the last eight fixtures and that defeat came at promotion favourites Blackburn Rovers. They were pegged back for a 2-2 draw against local rivals Oldham Athletic.

Boss Steve Evans has confirmed that defender Ryan Tafazolli is fit and available to play after a muscle injury. Gwion Edwards and Alex Penny are long term injury absentees. Danny Lloyd and Jermaine Anderson both impressed from the substitutes bench in the weekend win over Charlton.

Bury had 20 shots on goal in their 2-2 draw with Oldham so are unlikely to make wholesale changes to their line-up, but former Bradford City man James Hanson could be recalled to the starting XI particularly with a heavy surface due to the rain in the north west.

“Ryan Lowe has come in there and they are in really good form. The only time they have lost recently was to Blackburn Rovers, perhaps a few too many draws, but they have some good players and we have to respect them. We have a platform to build on after the win on Saturday but we may make a few changes. We have a really talented squad at this football club.”

Tickets for the game will be on sale until 12pm on Tuesday from www.theposhtickets.com, via the Ticketmaster hotline 0844 847 1934 (calls cost 7ppm plus your network access fee) and in person at the ABAX Stadium Box Office. The game is not all-ticket and there is no price rise on the day.