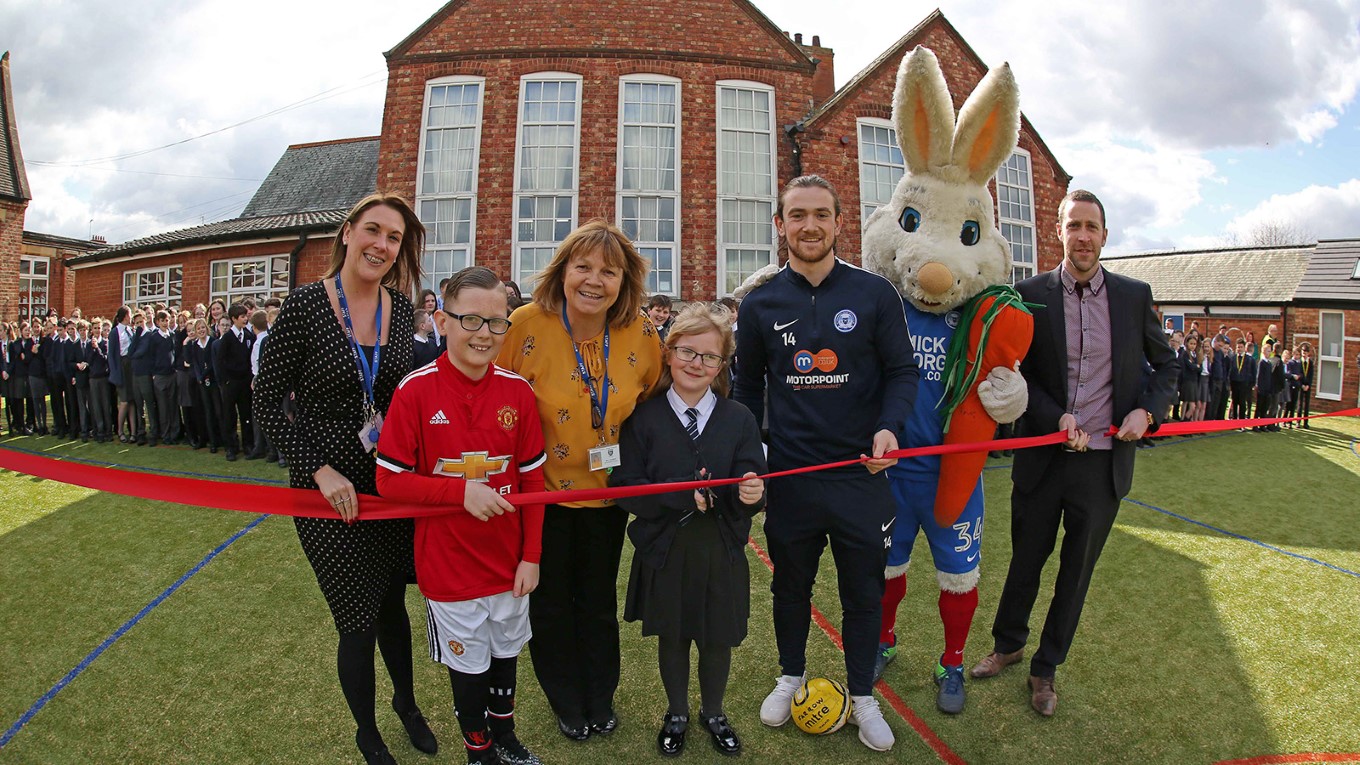 Each pupil at Higham Ferrers Junior School has received a free ticket to watch Posh play!

As part of the schools initiative, Peterborough United Football Club ventured into Northamptonshire ahead of the local derby with the Cobblers next week to visit Higham Ferrers Junior School and the Sky Bet League One top scorer Jack Marriott was the special guest.

Marriott, who scored against Northampton earlier in the season at Sixfields, helped to officially open the new playground at the school before taking on another Jack Marriott, a pupil at the school, in a penalty shoot-out against the always popular Peter Burrow.

Following the shoot-out in front of the rest of the school, the club put on a short assembly for the pupils which featured a DVD of some of Posh’s goals this season. Every pupil was then given a free ticket to come and watch Posh at the ABAX Stadium before the end of the campaign.

Press Officer Phil Adlam said: “It was great to be able to follow up a visit to Oakham earlier this month with a visit to Northamptonshire and a school not too far away from Sixfields. It was a pleasure to be able to help open the new playground, which our sponsors Mick George have played a huge part in securing for the school.

“Jack Marriott got a wonderful reception from the pupils and Peter Burrow is always a popular visitor to any school. We know that there are a few Posh fans at the school and a few Northampton supporters too, so hopefully we have helped persuade a few more to come to the ABAX Stadium and see us play. We would like to thank everyone at Higham Ferrers Junior School for making us feel so welcome and hope to visit again in the future.”