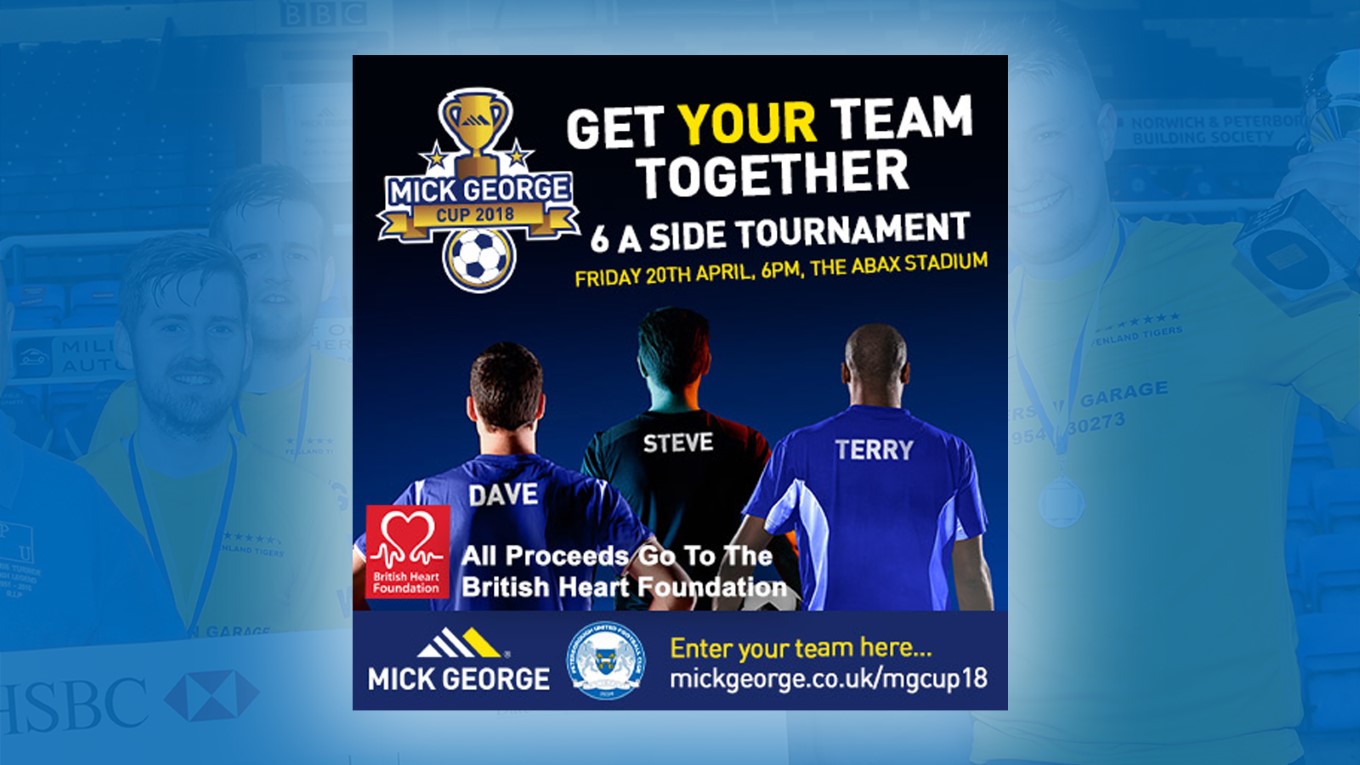 Peterborough is renowned for its thriving business scene, with the City endowed with a huge assortment of successful organisations, representing various industries.

On a daily basis these companies will be competing with their commercial counterparts, but this time around it’s their footballing credentials that will be put to the test.

Following the success of last year’s inaugural Mick George Cup, the official kit-sponsor of the Posh are set to replicate the 6-a-side Football tournament hosted at the ABAX Stadium, providing the local business community and club supporters the opportunity to gain bragging rights.

Last year, £4,500 was raised from the event, with all of which donated to the Chris Turner Statue Fund.

Companies and supporters across the City are invited to enter and try and become victorious in the prestigious Mick George Cup. The cost of entry is £280 per team, with squads of up to 7 players permitted. If you wish to gain a little extra advantage, you can even ‘buy’ a former POSH legend to be part of your team!

Taking place Friday 20th April, participants will be able to make use of the changing rooms, pitch, and stand facility before the competitive action gets underway at 6pm. The matches will conclude around 9pm with complimentary food and drinks available in the bar after the tournament, along with the presentation of the Mick George Cup. For more details, or to register, please visit www.mickgeorge.co.uk/mgcup18.

Whether you’re a business owner, work at a large organisation or are a group of fans who want to get together, make sure you don’t miss out on the chance to play on the hallowed turf.

Demand for the event is high and a number of places have already been confirmed. Express your interest now at www.mickgeorge.co.uk/mgcup18.

Local business, Wilderspin Garage triumphed in last year’s event, overcoming competition from some of the construction industries heavy-weights’, that included J Breheny and Redrow Homes, as well as more locally recognised outfits such as Serpentine Green Shopping Centre and Princebuild who each had representation in the competition.

Jon Stump, Finance Director at Mick George Ltd commented: ‘’Last year’s event was a brilliant occasion. It is a rare opportunity for most to get out and play under the lights of a professional football stadium. You could tell that some were caught up in the excitement, and perhaps didn’t fulfil their full potential, so to speak.’’

Stump Continued: ‘’As official club sponsors, it’s a pleasure to provide ‘once in a lifetime opportunity’ for anyone who wishes to be involved. This event certainly does that, whilst raising valuable funds for charity.’’