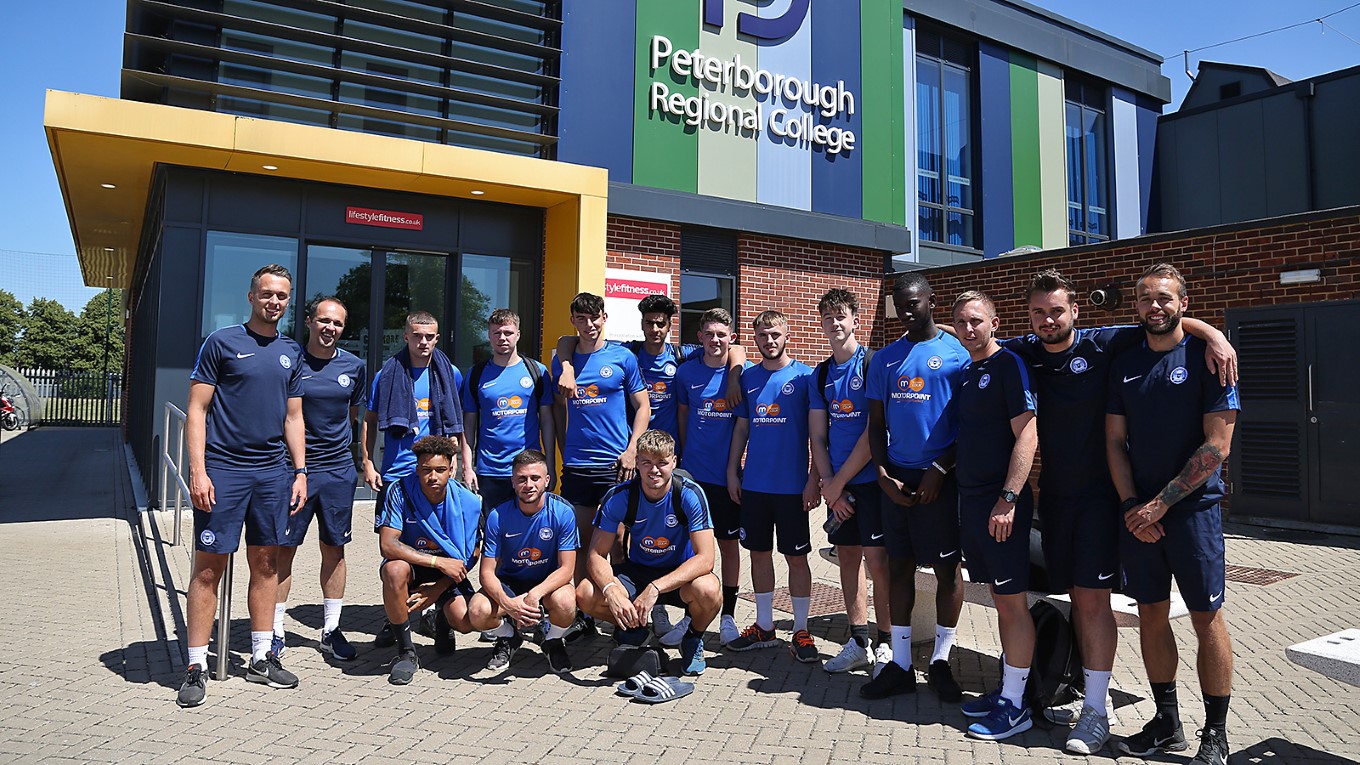 The Peterborough United Youth Team reported back for their pre-season training on Monday, with the squad undergoing a series of fitness tests ahead of the new campaign.

The young Posh players reported to the Mick George Training Academy on Monday morning to have their heights and weights recorded before tests, consisting of, jump testing and a concussion test to see where each of the players are at physically.

The players then headed to the superb facilities at University Centre Peterborough to use their excellent Sports and Exercise Science lab for further testing.

Lead Academy Sports Scientist James Baum explained the reason for visiting UCP; “We brought the boys down to the UCP Sports and Exercise Science lab, where the players have undertook a series of fitness tests to look at their aerobic and anaerobic states and to see how well they have kept to their close-season fitness programme.

“All the players were given programmes to stick to over the summer so now’s the chance to see where they are at, so we can then tailor their training accordingly,” Baum added.

The players will revisit the UCP facilities towards the end of pre-season to compare their results.