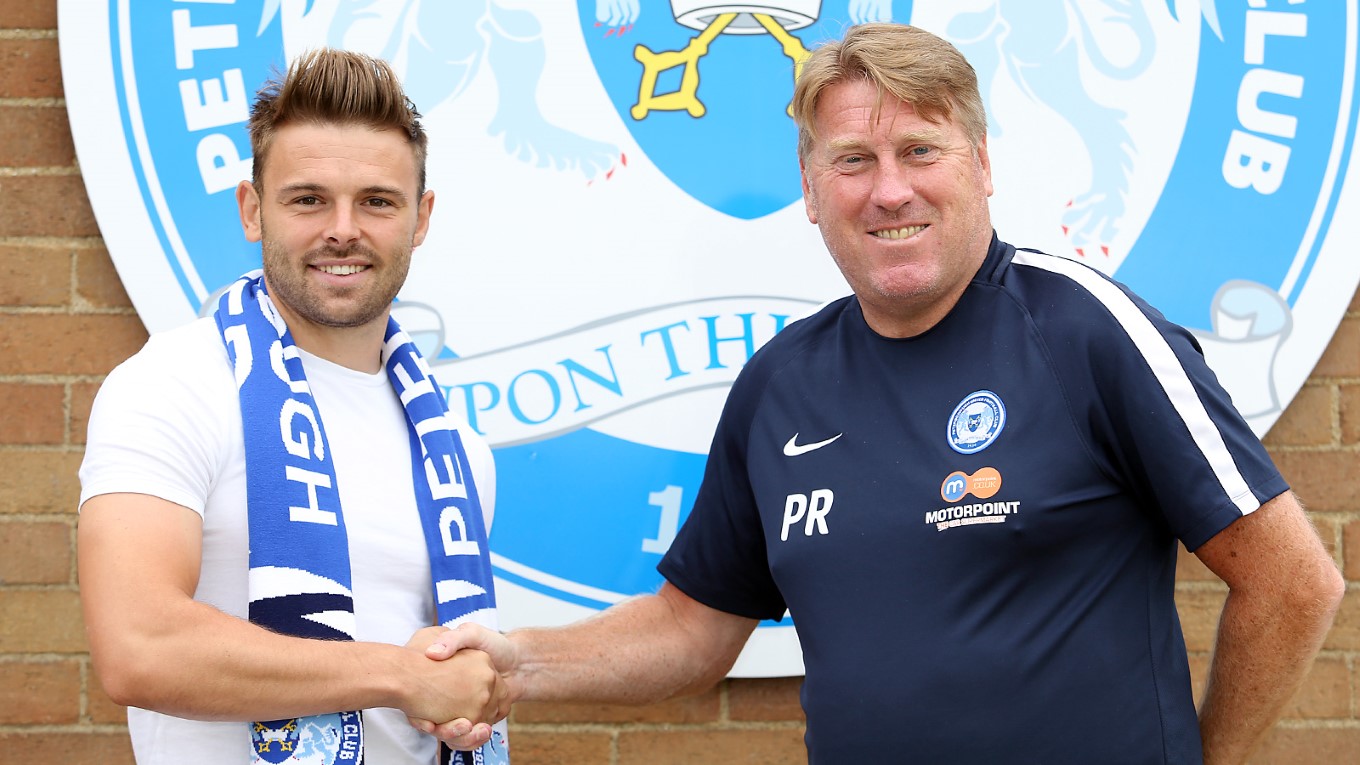 Peterborough United have completed their sixth signing of the summer with the arrival of prolific Stevenage striker Matt Godden for an undisclosed fee with the 26-year-old penning a three-year contract at the ABAX Stadium.

Godden has scored 35 goals in 87 games for Stevenage and scored 34 goals during his spell with Ebbsfleet after starting his career as a trainee at Scunthorpe United. Godden completed the paperwork at the Mick George Training Academy on Monday morning and manager Steve Evans told theposh.com that the front man is excited about scoring goals for the football club after a 'brilliant chat about football'.

“I am absolutely delighted. Matt is a young man who, without a shadow of a doubt, will score goals for Peterborough United. We have had meetings with him and his representative many times over the last few weeks and as everyone knows, it looked like it had fallen through but perseverance sometimes is the order of the day and I spoke with Matty on Friday and it was brilliant, we just talked about football.

“I told him to go home and have a chat with his family and see what he thought and I was absolutely delighted to get a call from Matty soon afterwards saying that if we still wanted him, he would be thrilled to sign.

“There is nothing more satisfying than when a player calls you up and says he wants to sign for football reasons. He wants to be the next goal-scorer for Peterborough United, whether that be with Jack Marriott or without him. He is good mates with Alex Woodyard so there will be familiar face when he walks through the door for pre-season. I am really pleased and look forward to working with him,” Evans said.

Godden revealed in his first interview that Posh legend Aaron Mclean gave a glowing reference of the football club after the pair worked together at Ebbsfleet. He had no hesitation in agreeing the deal with Posh once he had spoken with his partner and family.

“We came up to Peterborough to meet the manager and the club a few weeks ago and went home and discussed with my partner the move, weighing up my options and what was going to be right for me personally. I had a lot to sort out with my house close to home and moving away was a big decision but I received a call from the manager on Friday and we just purely talked about football.

“I had another good chat with my family and partner and decided that with what has gone on at this football club with strikers in the past, it is a move that I couldn’t turn down. We have got the deal over the line and I am delighted. I just want to help the club to go places and score some goals. I can’t wait to get started,” Godden said.

Godden becomes the sixth signing since the conclusion of the campaign with goalkeeper Aaron Chapman, defenders Rhys Bennett and Colin Daniel and midfield duo Mark O’Hara and Alex Woodyard all committing their futures to the football club.