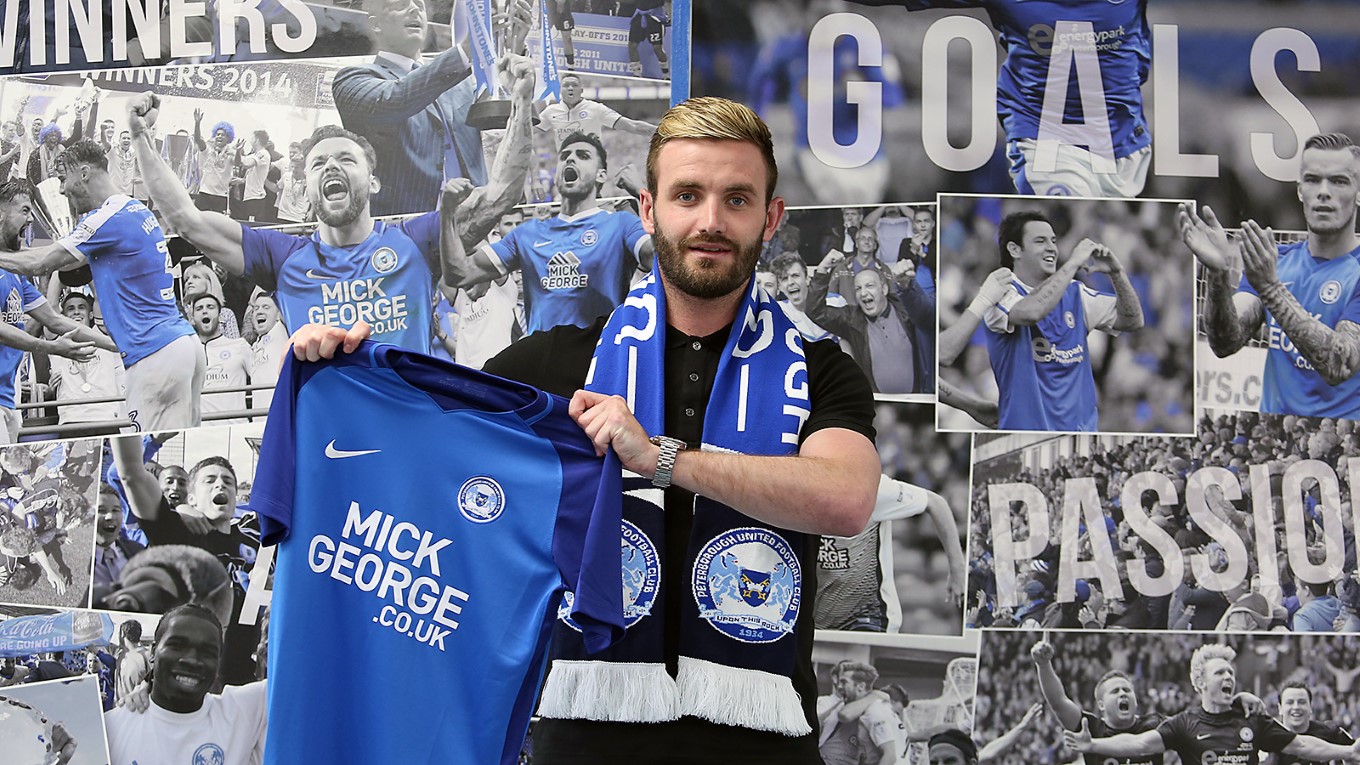 Posh make seventh signing of the summer with arrival of highly-rated defender.

Peterborough United have beaten off a host of clubs to secure the signature of highly-rated Ross County right-back Jason Naismith with the 23-year-old penning a three-year contract at the ABAX Stadium after the two clubs agreed an undisclosed fee.

The defender, who has represented Scotland at under 17, 18, 20 and 21 level, completed the paperwork at the Mick George Training Academy and subject to international clearance, he will become the seventh new arrival this summer.

Naismith, who started his career at St. Mirren, made 57 appearances for Ross County last term, scoring twice. He is ranked number one in the Scottish Premier League when it comes to dealing with opposition wingers – no other full back has been dribbled past less than Naismith. He was directly involved in three Ross County goals last term and loves to get forward.

Posh assistant manager Paul Raynor was delighted to secure the signing of the Naismith and believes he is a key acquisition. “We are delighted. This is a big one for us and we have all worked hard to get Jason into the football club. He is a much sought after, everyone can see that he has been linked with a lot of clubs in the newspapers and everyone can see the calibre of club that have been interested.

“We are delighted that he has listened to what we had to say, we have sold him the dream of what we want to achieve here and he is pleased to put pen to paper with us. If you look at his stats from last season, and he had a great year with Ross County last term, you will see they are up there with the best and in some areas, he is the best.

“The Posh fans will look forward to watching him. I like a full-back who can get forward and support the attack and Jason fits the bill. Allied to that, he is a very good defender, he is a powerful player, a physical presence and another aspect of his game that attracted us is that he is a real leader on the pitch. We have watched him a number of times both live and on video and he will be a great signing for us.”

The Scotsman was pleased to get the deal done after a long trip down and can’t wait to get started with the Posh. “I feel it is the right time for me. I really enjoyed my time at Ross County, but when I spoke to the manager here, he told me about his plans and I am looking forward to get started. It was great to play at Ibrox last season and it was a good challenge for me and I am looking forward to playing in League One and visiting some good teams and stadiums.

“First and foremost, I am a defender so I like to keep clean sheets but I also like to get forward and support the attack. It has been a bit of a whirlwind to get everything done, travelling down and sorting everything out but I wanted to sign and I am looking forward to it.”