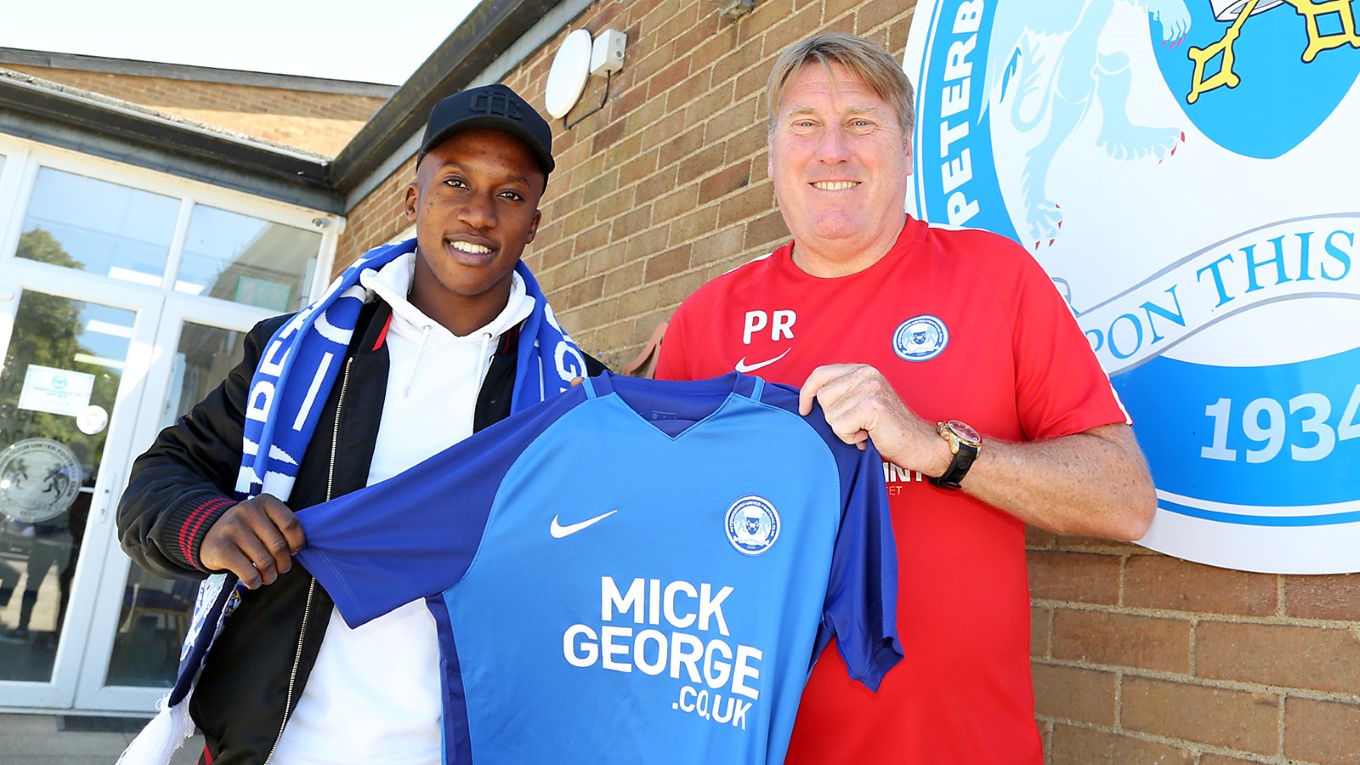 Peterborough United have completed the signing of highly-rated forward Siriki Dembele from Grimsby Town for an undisclosed fee, beating off a host of other clubs for his signature.

The 21-year-old, who had attracted interest from a number of other clubs, had signed for the Mariners in May 2017 after impressing the club during a trial match. Dembele began his footballing career by playing youth football in Scotland before spending time within the Nike Football Academy.

After a string of impressive performances early in his Grimsby career, Dembele scooped the EFL Young Player of the Month for October, scoring three goals in five appearances during the month.

Dembele, who was born in the Ivory Coast and is the older brother of Celtic starlet Karamoko Dembele, has signed a three-year deal with Steve Evans’ Posh side and the gaffer was naturally delighted to capture his signature; “I’m delighted we have got Siriki on board. He is a young man, and I’ll be quite frank and say, that he first caught my attention at Grimsby Town and it’s fair to say that my full-back, on that day, didn’t recover from what Siriki did in that performance," said Evans after Dembele appeared against his Mansfield Town side.

“I’ve tracked him ever since, I’ve asked other people to track him and despite different, significant offers for him, I went home yesterday believing that this deal couldn’t be done. So I give my gratitude to Barry Fry, the Chairman and the board for ensuring we have this young gentleman with us today and it’s our job now to work with him and help him develop and make Peterborough United part of his own special footballing journey,” added the gaffer.

“I’m really happy it’s all done and now I can look forward to the challenge ahead," said Dembele after putting pen to paper.