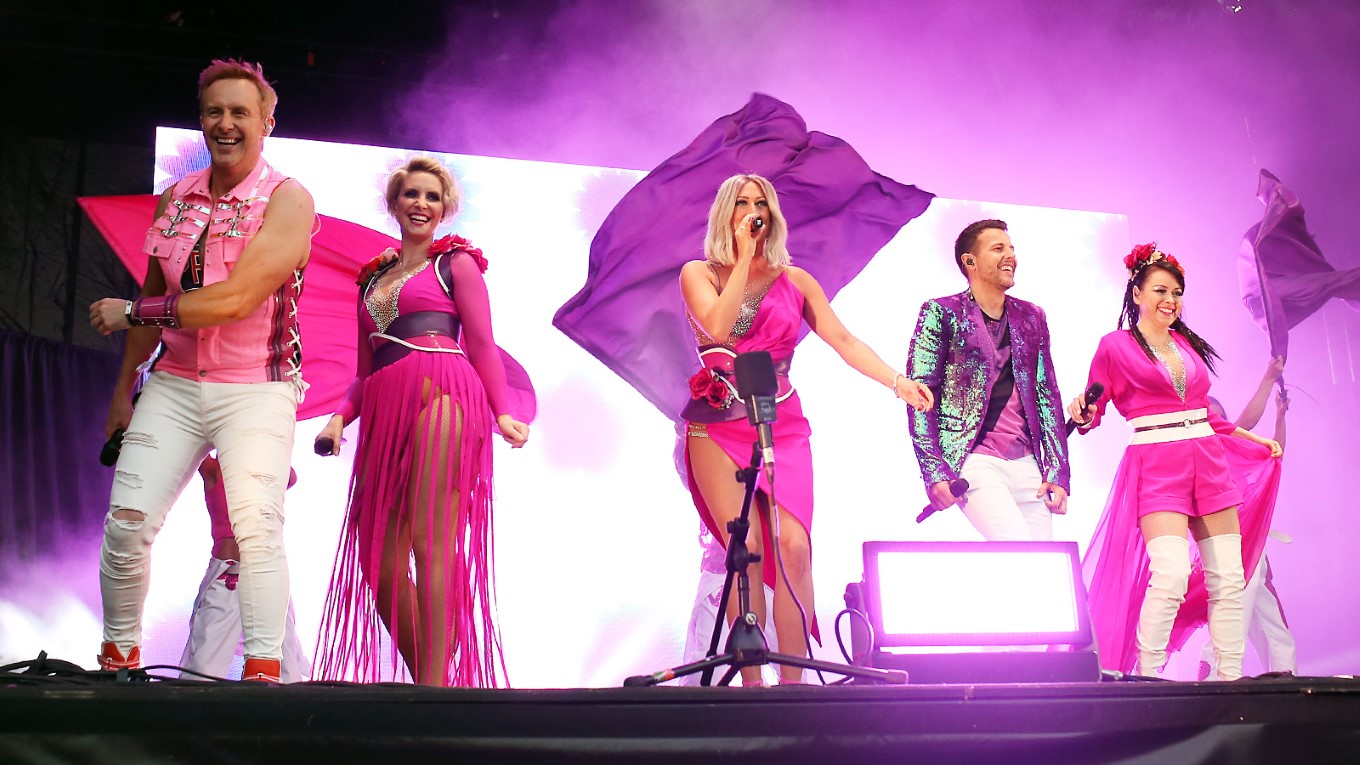 The ABAX Stadium was once again transformed into a concert venue at the weekend as boyband Blue and chart-topping Steps entertained fans with a fantastic show in front of a hugely enthusiastic crowd.

After a DJ set from Heart FM drive-time presenter Hannah Clarkson, Anthony Costa, Simon Webbe, Duncan James and Lee Ryan took to the stage and went through a plethora of their hits including All Rise, One Love, We’ve got Tonight, Sorry Seems to Be the Hardest Word and You Make Me Wanna.

The headliners Steps then took the crowd through their enormous back catalogue of hits which had the crowd dancing on the pitch and in the stands. From Heartbeat to 5,6,7,8 and from Last Thing on My Mind to Deeper Shade of Blue, Faye, Lee, H, Claire and Lisa, who told the audience of her time living in the city, kept the crowd entertained throughout with an energetic display that included dancers, costume changes and the occasional Floss (the latest dance craze).

The encore included One for Sorrow and Tragedy before fans headed into the city to reminisce more about the hits of yesteryear. Commercial Manager Alex Harris said: “It was great to see so many people enjoying themselves at the ABAX Stadium for our second concert with Blue and Steps. It was a great night of entertainment, the weather was perfect and both acts put on a wonderful show. We would like to thank everyone who supported the event and are already planning for next year.

“There is a phenomenal amount of work that goes on behind the scenes to put on an event of this nature. I would like to thank everyone that contributed and helped to bring another great night of entertainment to our city.”