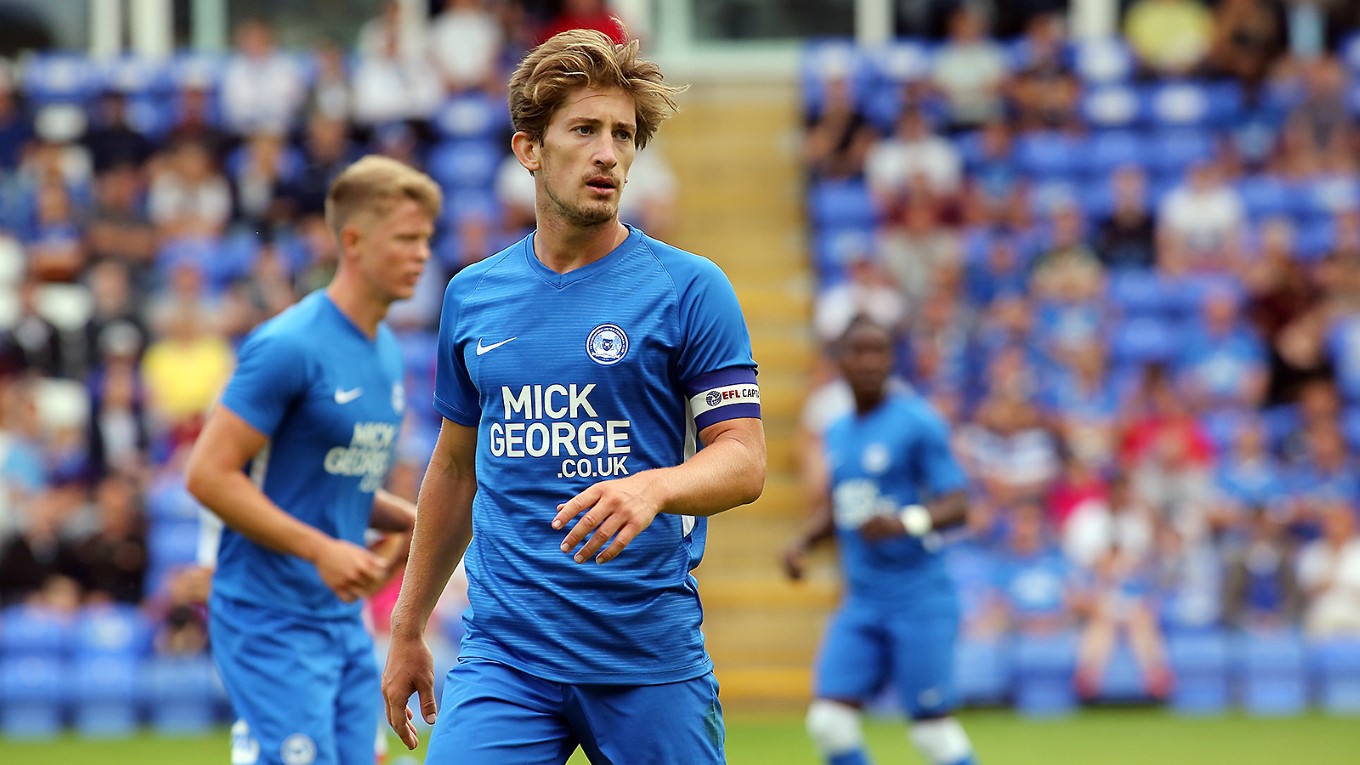 Captaincy confirmed for the new campaign with midfielder taking the armband.

Peterborough United manager Steve Evans has confirmed that midfielder Alex Woodyard will be the club captain for the 2018-2019 campaign.

The 25-year-old has been skipper at a number of previous clubs including Lincoln City and wore the armband in Saturday’s pre-season friendly against Championship side Bolton Wanderers at the ABAX Stadium.

“It was a very close run race between Alex and Jason. Alex got it because of his knowledge of English football. It is all fresh to Jason coming down from Scotland but those two are close off the pitch and they will work closely together. I have had good chats with those two and Ryan Tafazolli and they will form part of a little committee that will come and see me on a weekly basis and we will chat about all the good and bad points and issues that may come up.

“I am looking forward to working with Alex over the course of the season and the other two and they are at liberty to add another member to form a four-man panel. I will leave it in their hands to add the fourth member rather than me,” Evans said.

Woodyard admitted he was ‘honoured’ to be given the captaincy and is excited about the prospect of leading the side out, if selected, against Bristol Rovers on Saturday. “It is a real honour and I am delighted to be given the opportunity. I have been captain at previous clubs, but to come into a new club and be given the responsibility is great and one I am thankful for.

“I think in the modern game, you may have one player wearing the armband, but everyone needs to be vocal on the pitch and talk off it and I think we have a really good group here. We have a lot of players with different attributes that can really help us move forward. It will be a really good feeling leading the team out on Saturday at the ABAX. I know I did it in a pre-season game against Bolton, but this is a competitive fixture and three points are at stake.

“The lads have really settled in quickly, we have a real togetherness and we are looking forward to the season starting now. We will work hard in training this week in preparation for the game and hopefully send the Posh fans home happy,” Woodyard said.