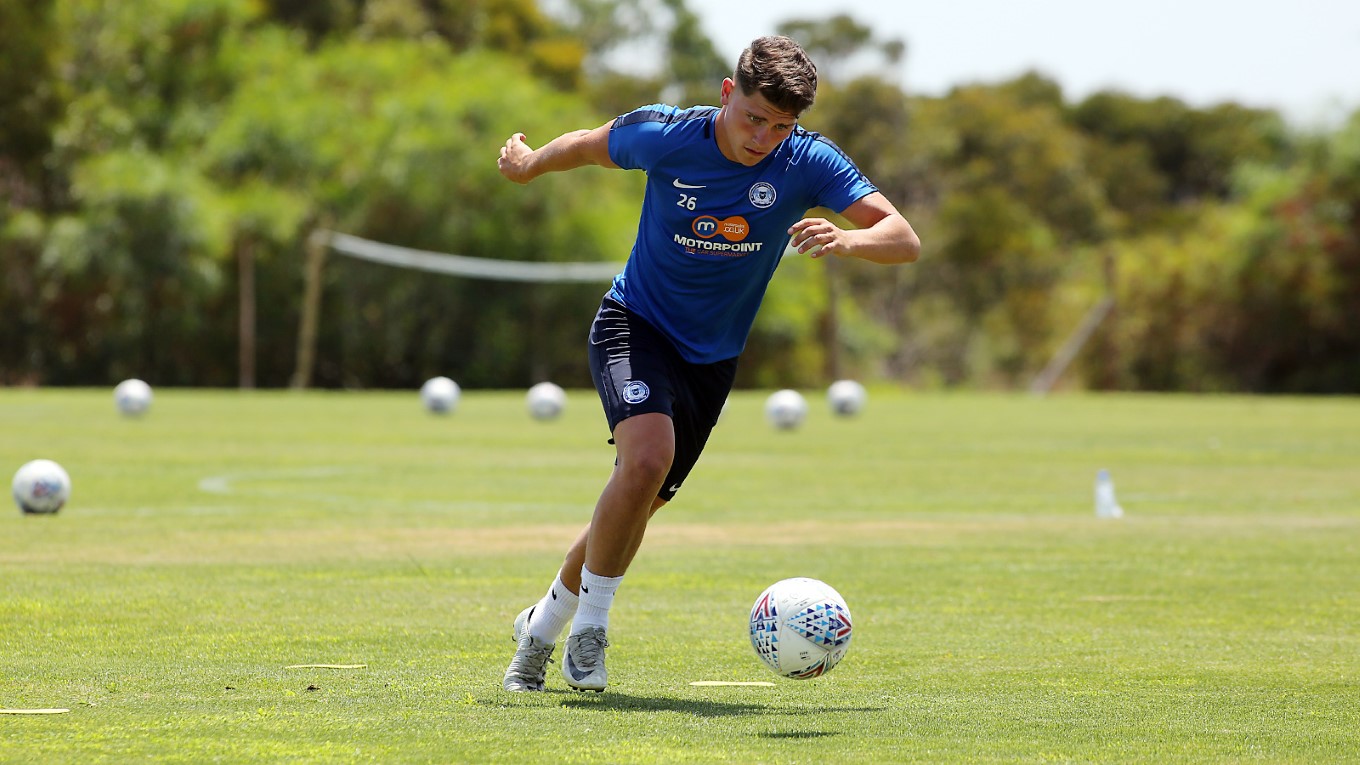 Young front man hoping to build on successful loan spell with the Poppies.

Sometimes a loan spell away from the football club can be beneficial for all parties and it is fair to say that everybody benefitted from striker Mathew Stevens’ spell at Kettering Town last term.

The Poppies secured a front man desperate to impress, the football club were able to check on his progress in a competitive league and the player received a boost from playing regular football and not only that, he can reflect on a hugely prolific campaign.

Stevens was the star man for Kettering as they just missed out on promotion. He became a fans favourite and has nothing but positive words to say about his time at the club. That confidence has been taken into pre-season and at the time of writing, he is the joint top scorer from the friendly fixtures played.

“I had a great time at Kettering,” Stevens said. “The supporters were superb with me, they believed in me and gave me their backing and the rest of the squad trusted me. I enjoyed playing for the manager and it was just a shame we couldn’t finish the season with promotion.

“It was a big year for me, to go out and play week in week out, to deal with the physicality that is required and not only that score goals. I was happy with my goal return, I just love scoring goals. I think it was the perfect spell for me, I know I can score goals, I have never doubted my own ability, but it is still a different thing to do it week in, week out.

“The gaffer at Peterborough has been brilliant with me. He has played me in the pre-season games and has taken me to Portugal and now it is down to me to impress him and show him what I can do. It is going okay, but I don’t want to get too ahead of myself. I am looking forward to the next game and doing as well as I can. It is fair to say that it is a big year for me though,” Stevens said.

The Posh front man joined the club from Barnet after a prolific spell in the younger age groups at the Hive.