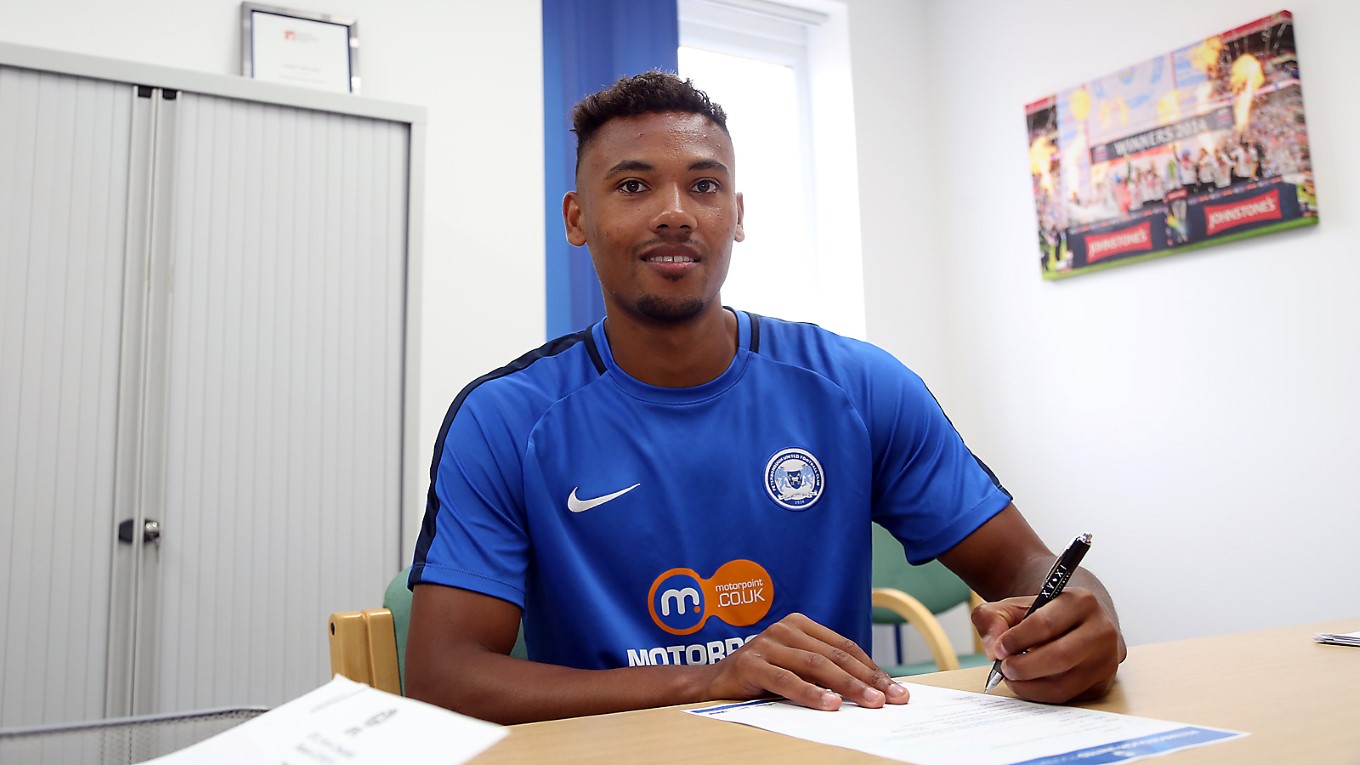 Peterborough United have bolstered their defensive ranks with the signing of Leeds United defender Tyler Denton on a season-long loan with the 22-year-old completing the paperwork at the Mick George Training Academy on Friday morning.

Denton, who has enjoyed a loan stint with Port Vale in his career to date, came through the Academy at the Whites and has made one appearance for the England under 17s. He has a handful of cup appearances to his name with the Elland Road club and knows manager Steve Evans’ well from his time in charge at the Championship club.

Evans said: “We know Tyler very well from being in and around the first team squad at Leeds United. We elevated him and Bailey Peacock-Farrell, who is now doing well in the starting line-up, into the first team group and he did exceptionally well. It is fair to say that he has developed further with a few games in the first team at Leeds. I watched one of those games where he scored the winning goal against Luton Town and he was very impressive.

“He had an excellent spell on-loan at Port Vale last season but he has gone back into Leeds and we are absolutely delighted to bring him into our squad and he will compete anywhere on that left hand side for a place in our starting XI. It is massively important that we bring good footballers in and Tyler Denton is a good footballer, he works really hard and for one so young, he has an excellent pedigree.

“He has played with some top class players at Leeds United over the last few years. Leeds United supporters know their football and they rate this lad very highly and this is about him furthering his education and to go back to Elland Road in a year’s time ready to compete at their level. First and foremost, he needs to focus on what is in front of him now and what he does in this loan spell will determine what happens for him in the future.”

Denton, who has been in the Leeds Academy since he was six-years-old, was pleased to finalise the details on the loan deal and cannot wait to get started. “I had a discussion with Leeds in the summer and we both felt it was the right time to try and get a long-term loan deal and play some first team football.

“I was only young when Steve and Paul were at Leeds, but their record speaks for itself and I cannot wait to get started here with Peterborough. I am feeling fit, I have been training with the under 23s at Leeds and now it is about playing pre-season games. I am a full-back who likes to get forward and support the attack, but more importantly, it is about stopping crosses and defending well.”