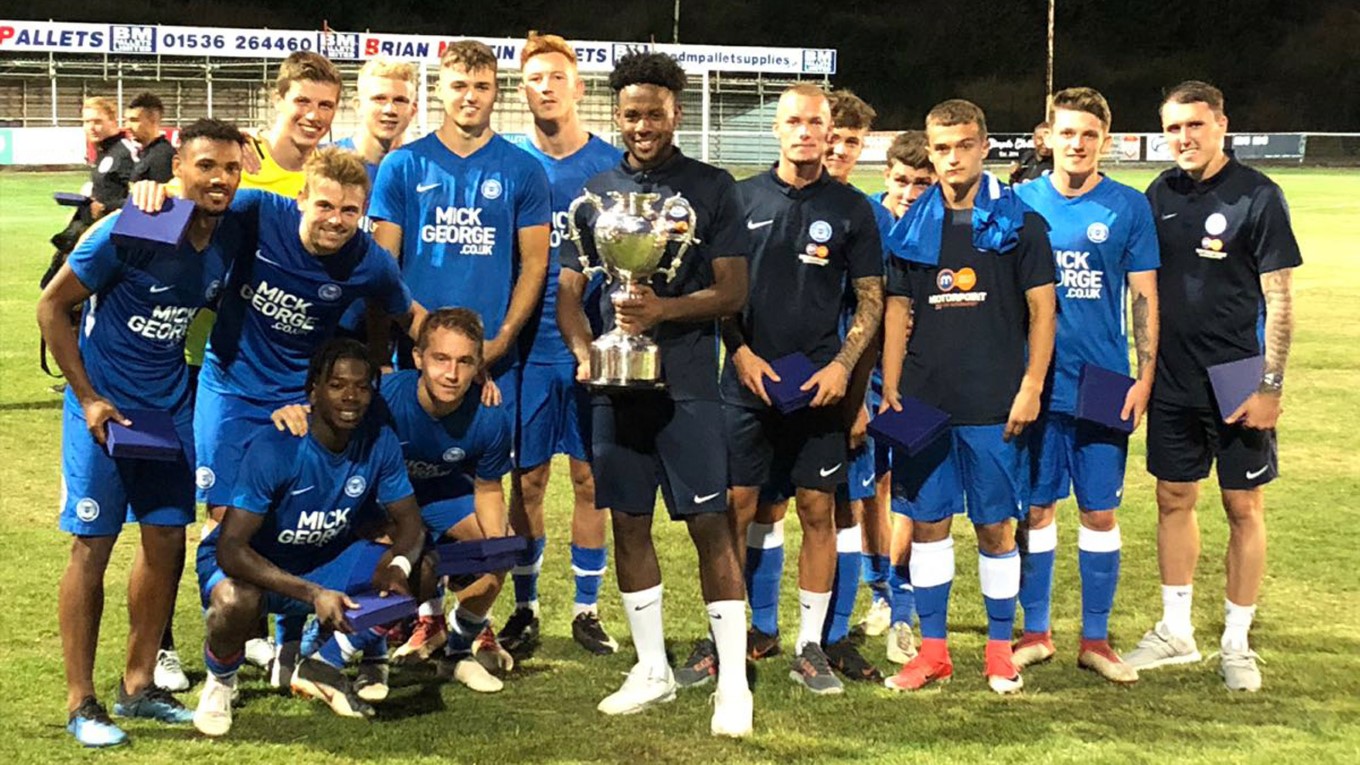 It was a lively start to this Maunsell Cup final at Latimer Park with Posh making all the early running, Josh Yorwerth saw a powerful header from a Tyler Denton corner kick fly over the bar and Jermaine Anderson curled an effort wide of the target.

The deadlock was broken on 22 minutes as Mathew STEVENS, against the club he spent a successful loan spell at last term, finished well from close-range after Isaac Buckley-Ricketts effort fell kindly into his path.

Posh should have had a penalty moment’s later as Joe Ward was felled in the box, but match referee Dean Whitestone waved away the protests. It was 2-0 on 31 minutes as a Denton corner was met on the volley by former Stevenage man Matty GODDEN who finished with aplomb.

Louis Reed had an immediate chance to make it 3-0 but side-footed wide from a Stevens cross before Republic of Ireland international Conor O’Malley was forced to tip a long-range effort around the post after Posh lost possession in midfield.

Posh controlled the second half despite making a number of changes and added a third goal from the spot, GODDEN picking himself up after being felled to coolly send the goalkeeper the wrong way from 12-yards.

Buckley-Ricketts struck the underside of the crossbar with a fine effort from long-range and Stevens also came close to adding to his first half strike. O’Malley produced a good stop to deny substitute Kelly but Posh clinched a comfortable win and a clean sheet to lift the Maunsell Cup, the first trophy of Steve Evans rein as manager.