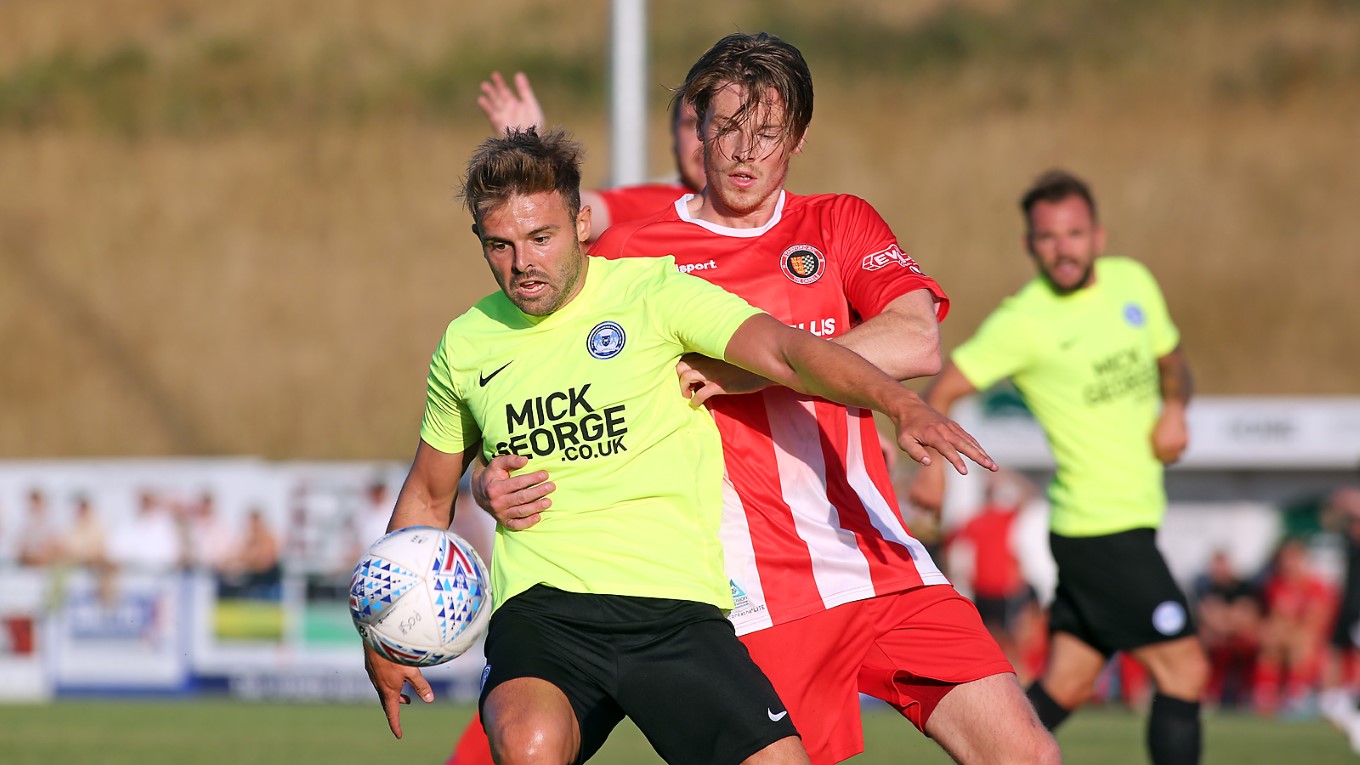 A good workout for Steve Evans' men at the Zeeco as three goals in six minutes secures comfortable away win.

Peterborough United began their pre-season schedule with a comfortable 5-1 victory at Stamford on Wednesday night as Steve Evans gave the majority of his first team squad a run-out at the Zeeco Stadium.

Posh created a host of chances in the first half, but the only goal of the opening 45 minutes came through summer signing Siriki DEMBELE who cracked a fine shot into the bottom corner from 25-yards after catching the eye with some mazy and pacy dribbles.

Danny Lloyd, Matt Godden, Mark O’Hara and Gwion Edwards all went close to extending the advantage while captain for the first period, Conor O’Malley was only called upon briefly as Stamford struggled to break down a well organised Posh rear-guard.

Evans fielded a different XI for the second period including two trialists and extended the advantage through Mathew STEVENS who intercepted a poor clearance from the Daniels keeper to roll the ball into the back of the net from just inside the penalty area.

The hosts reduced the arrears from the penalty spot after a foul by the defensive trialist with Aaron Chapman sent the wrong way from the spot. It was soon 3-1 to Posh as George COOPER scored arguably the goal of the game, collecting the ball on one side of the penalty box before gliding across to the opposite of the area and executing a fine clipped lob over the goalkeeper with his left-foot.

STEVENS then collected a pass from Cooper to make it 4-1, showing persistence to win the ball back in the box before firing low into the bottom corner from close-range. Joe WARD completed the scoring with a back post finish after a deep low cross from Louis Reed.