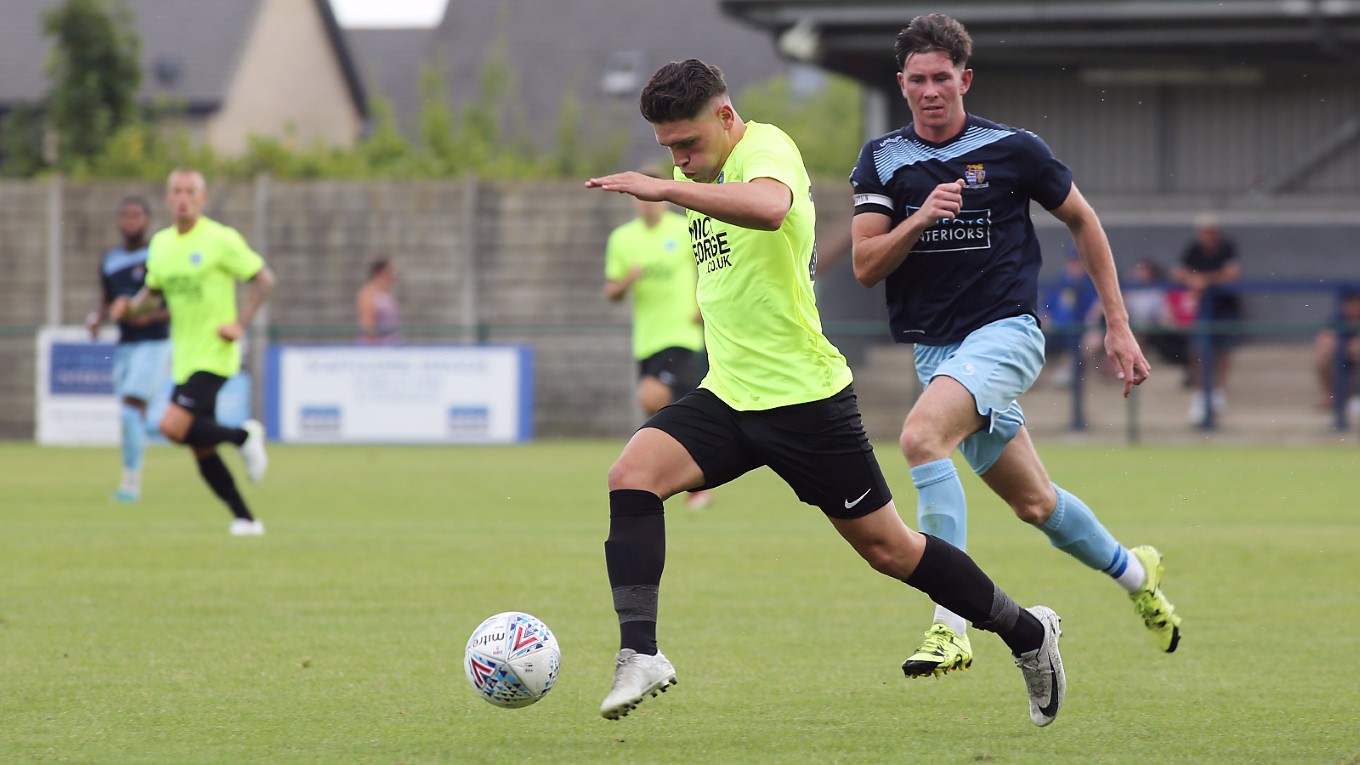 Posh fly out to Portugal on Sunday off the back of a comfortable 4-0 win at St. Neots on Saturday.

Peterborough United took their goal tally to 22 in the first four pre-season friendly fixtures after a comfortable 4-0 victory at St. Neots with Mathew Stevens continuing his excellent few weeks with a brace of goals after a prolific spell at Kettering last term.

On a sultry day at the Premier Plus Stadium, Steve Evans witnessed his side dominate for long periods in the first half but thanks to goalkeeper Dan Swan, the first half XI were left frustrated with new signing Jason Cummings twice denied by the in-form shot-stopper.

Cummings saw a close-range effort well saved by Swan who also kept out Siriki Dembele’s fierce effort from distance. Jason Naismith saw a powerful header go over the top after a patient Posh move while Mark O’Hara also went close after racing onto a clever pass from the lively Dembele.

Midway through the first half, central defender Ryan Tafazolli came the closest to breaking the deadlock, his powerful left-footed effort cracked against the underside of the crossbar with Swan rooted to the spot.

At the other end, goalkeeper Aaron Chapman only had routine stops to make, keeping out skipper Luke Knight and waving a Dylan Williams effort wide of the target. The hosts made a switch at the break with Harry O’Malley replacing Knight.

The deadlock was broken three minutes after the re-start, Reed playing a delightful ball over the top to Stevens, his shot was well saved by Swan, but the ball hit the unlucky PARR and found its way into the back of the net.

The lead was doubled on 58 minutes as Morgan PENFOLD stabbed the ball past the advancing Swan and stabbed the ball into an empty net. It was 3-0 two minutes later as STEVENS continued his fine goalscoring pre-season by finishing from close-range after a good ball into the box by Cartwright.

It was nearly 4-0 on 63 minutes as Ward was denied by Swan from a tight angle and then Stevens saw an acrobatic overhead kick cleared off the line by Herd before Lloyd was harshly penalised for a dive in the box by the official.

Stevens had the ball in the net again on 72 minutes following a fine Daniel cross but the offside flag was raised on the near side. STEVENS did get his second goal of the game on 76 minutes, a towering header from a clipped Ward centre as Posh continued to take advantage of some high pressing.

Penfold sent a curling effort over the bar after a good cut back from Ward on 84 minutes after Lloyd had beaten his man down the left.