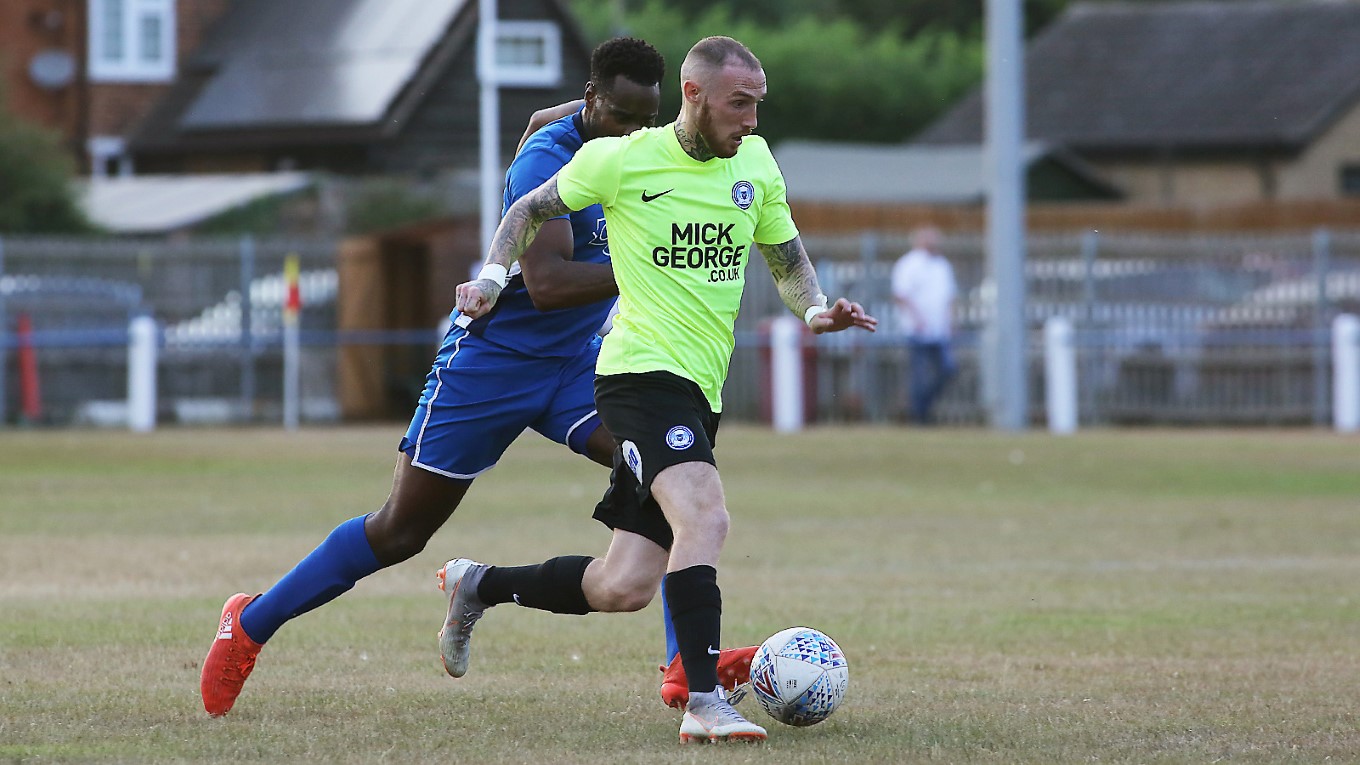 Posh continue preparations for the new campaign with a 2-0 win at Potton United.

Peterborough United strolled to a comfortable victory over non-league Potton United on Wednesday evening with Matt Godden and Josh Yorwerth on target in a game where Steve Evans’ men created a hatful of chances in front of goal.

It could and perhaps should have been a more significant score-line as opportunities were spurned by a host of players but it was a second successive clean sheet as attention switches to Saturday’s clash with Sky Bet Championship side Bolton Wanderers.

Potton did hit the woodwork inside the opening five minutes of the contest but goalkeeper Conor O’Malley was only called upon to make one serious save during the 90 minutes. Marcus Maddison, on his return to the first team fold, caused plenty of panic with his delivery into the box and it was no surprise that he was involved in the opening goal.

The former Gateshead man picked out GODDEN with a driven pass and the ex-Stevenage man took a touch before firing into the bottom corner. Defender YORWERTH doubled the lead after starting and then finishing a flowing move, with Joe Ward the man to assist, his clipped cross powered home by the towering centre back.

Mathew Stevens clipped the outside of the post while the Potton goalkeeper made several fine saves including from Mark O’Hara as Posh pushed for more goals. Maddison was withdrawn after 75 minutes following a hard-working shift while Anton Rodgers played 90 minutes as he continues his trial period with the club.