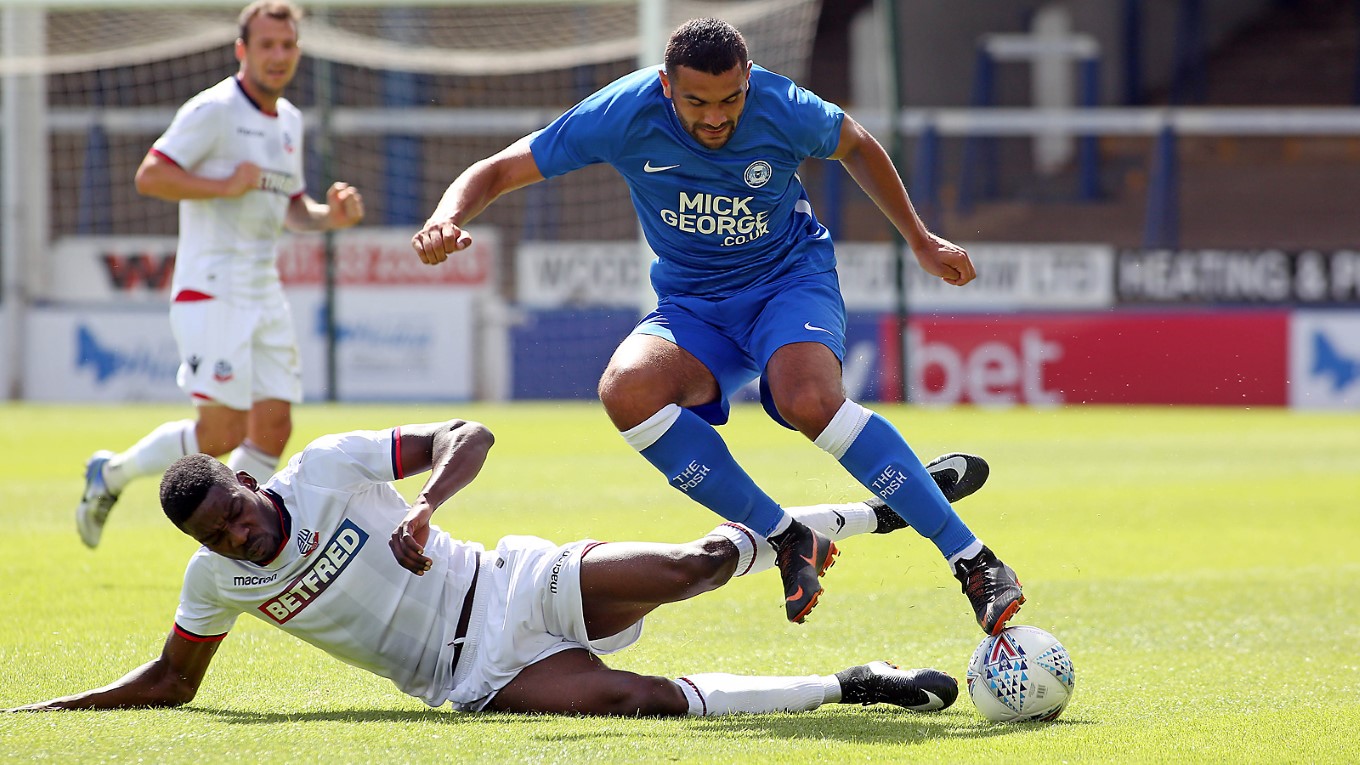 Peterborough United suffered a 2-0 defeat to Sky Bet Championship side Bolton Wanderers at the ABAX Stadium as two goals inside the opening half hour condemned Steve Evans’ men to defeat in difficult weather conditions.

Jason Cummings tested goalkeeper Ben Alnwick with an effort from the edge of the box as Posh made a bright start to proceedings on a blustery afternoon at the ABAX Stadium. The deadlock was broken on 12 minutes as experienced front man Adam Le FONDRE drilled a low shot into the bottom corner with his right-foot.

The lead was doubled on 23 minutes and it was a wonderful strike from Sammi AMEOBI who fired an unstoppable 25-yard effort into the back of the net via the underside of the crossbar leaving goalkeeper Aaron Chapman with no chance.

Chapman denied Donaldson on 28 minutes after the Posh shot-stopper had initially played his side into a bit of trouble with a poor clearance. Cummings fired straight at Alnwick moments later after Dembele had worked hard to dispossess Taylor.

Posh made a double change at the break with George Cooper and Mark O’Hara introduced with Denton and Reed making way. Mathew Stevens replaced Godden on the hour mark as the weather continued to make its mark with the wind getting stronger as the match progressed.

George Cooper curled a free-kick from distance just past the post on 63 minutes after Cummings was upended. Cooper had another go from similar territory on 68 minutes, but this time it was a little wider of the target.

Alnwick was called upon to deny Cummings on 73 minutes after a raking pass from Cooper had picked him out. Ward saw a well struck volley saved by Alnwick on 84 minutes as Posh pushed for a consolation goal.