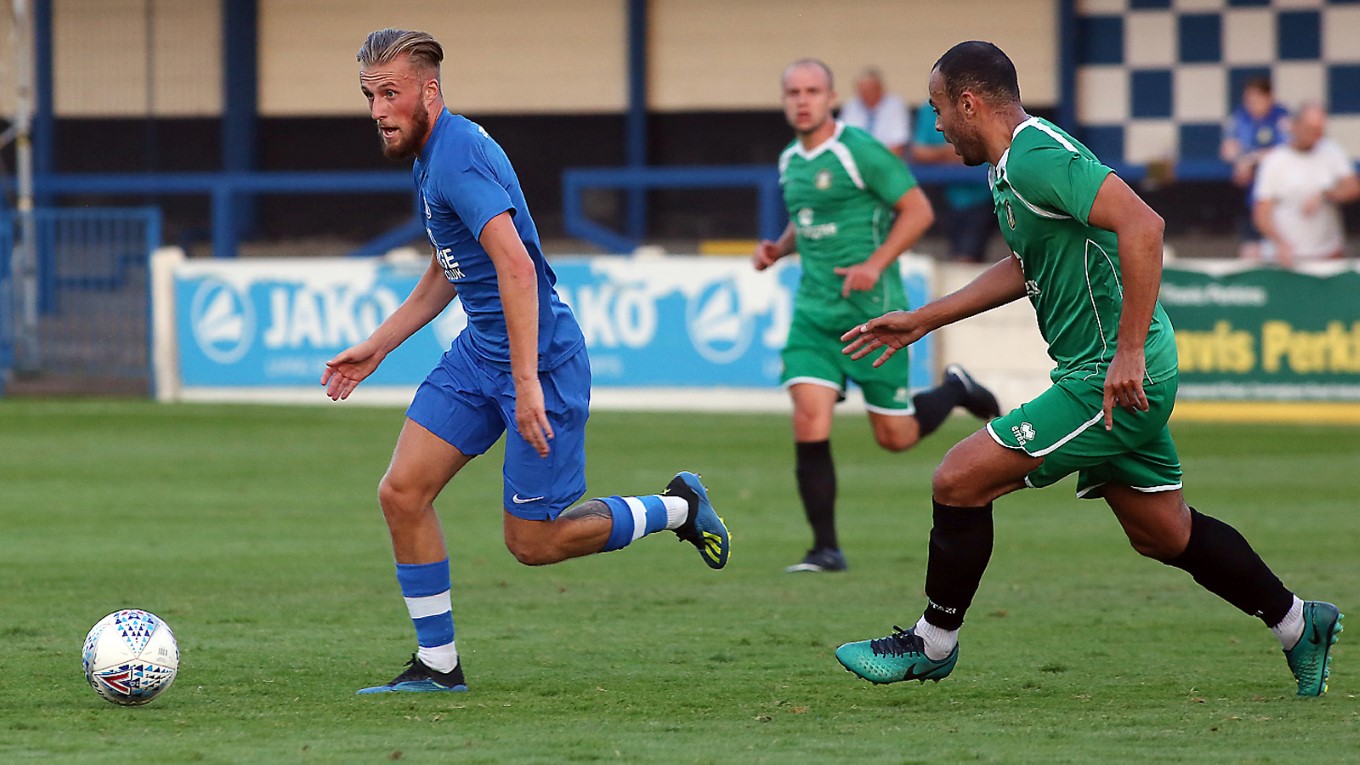 Posh continue strong pre-season with a 1-0 win at Gainsborough Trinity.

A goal three minutes from time by George Cooper earned Peterborough United a 1-0 victory at Gainsborough Trinity on Tuesday evening with the winger firing home a deflected winner from just outside of the penalty area.

George Cooper tested goalkeeper Jon Stewart from 25-yards inside the opening few minutes after a good flowing passing move from Posh. The former Crewe man was in the thick of it again on 10 minutes as his shot was smothered by the stomach of Stewart after the winger had skilfully got himself in the box.

Hannah squandered a good opportunity to break the deadlock on 17 minutes from a decent free-kick into the box, the midfield man heading over from close-range. King saw a volley go wide moments later as Gainsborough continued to create one or two half chances.

Dembele saw an effort from 25-yards creep wide of the far post after good hold up play from youngster Morgan Penfold. Stewart was proving a difficult obstacle to beat and Penfold’s attempts at rounding the big shot-stopper was also thwarted, his legs coming to the aid of Trinity.

Scotsman Naismith was proving to be a really good outlet down the right hand side, after linking with Rhys Bennett in an advanced position he saw his fizzing low cross just elude the sliding Cummings before Cooper fired an effort over the bar as the ball was recycled back into the penalty area.

Dembele sent a wild effort wide of the target after doing most of the hard work to create a shooting opportunity on 37 minutes. Gainsborough introduced a trialist at the break in place of Kay. Stewart was called upon to make a sharp stop moments after the re-start after a clearance struck Dembele in the chest.

Cummings sent a volley from a tight angle over the bar on 55 minutes as Posh pushed for the breakthrough. Cooper tested Stewart with a left-foot curler from the edge of the box just before the hour mark after cutting inside onto his favoured foot.

Posh replaced Penfold, who picked up a knock, with Sam Cartwright on 63 minutes with the youngster slotting in at left-back with Daniel moved further forward. Posh created the best chance of the game on 72 minutes as Dembele linked well with substitute Cartwright who pulled the ball back for Daniel, but the former Blackpool man blazed over from 10-yards.

Less than 60 seconds later, Cummings saw a shot cleared off the line by Russell as Posh came desperately close to opening the scoring. Cummings was denied again by Stewart on 84 minutes after being played in by Dembele as Posh finished strongly.

The deadlock was finally broken three minutes from time as a deflected effort from George COOPER found the bottom corner. It was a good effort from the former Crewe man from around 25-yards and left Stewart with no chance.