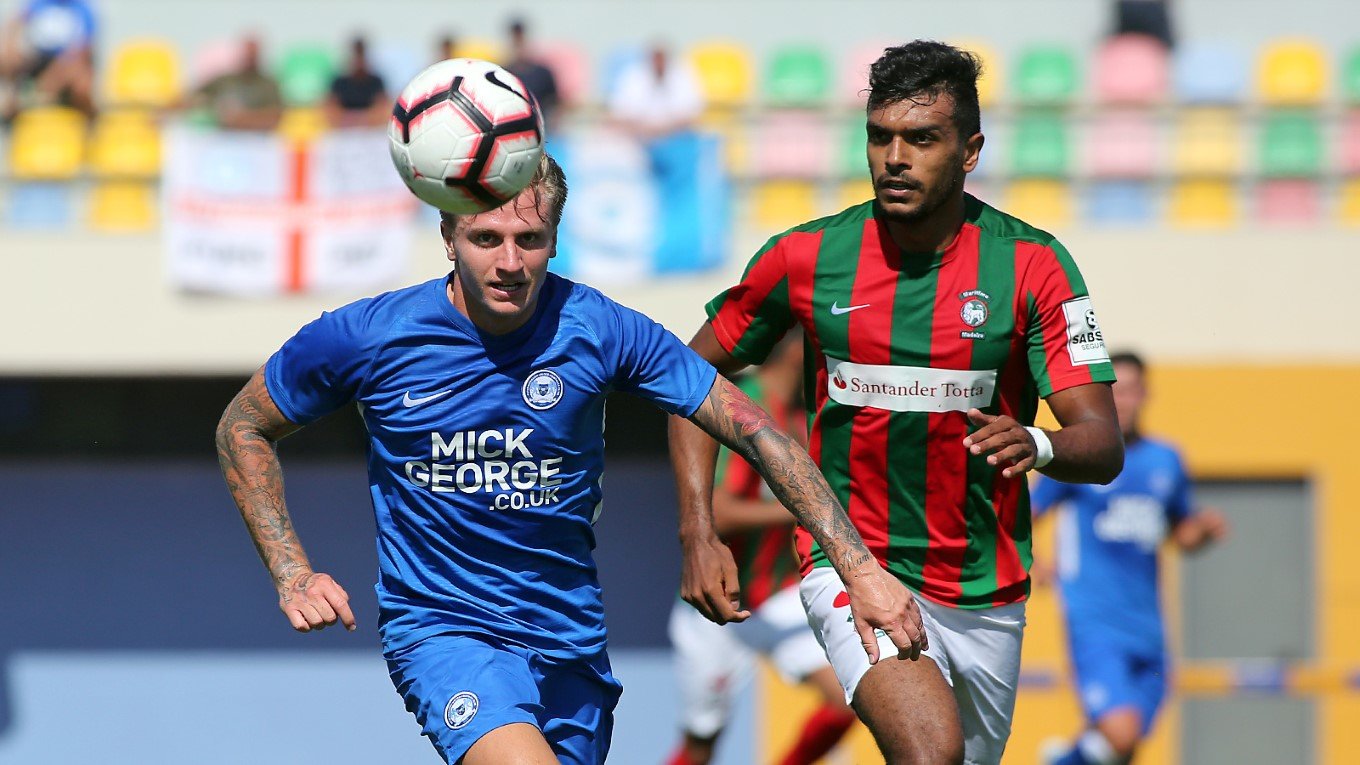 Peterborough United continued their preparations for the new Sky Bet League One campaign with a 1-0 defeat to Portuguese top flight side Maritimo but there were plenty of positives to take from the 90 minutes with the first half in particular, a hugely competitive contest.

It was Posh who created the first opportunity of the morning and it was a superbly well-crafted move too, George Cooper with a clever flick to the overlapping Jason Naismith, he took his time and picked out Mathew Stevens who saw his low effort superbly saved by the keeper.

On 16 minutes, goalkeeper Aaron Chapman was called upon for his first save of the game, a routine stop from a long-range effort. Ryan Tafazolli had a great opportunity to give Posh the lead moments later after a corner kick caused panic in the Maritimo back-line, the centre back stabbing over the bar from close-range.

Naismith volleyed over from distance as Posh continued to probe following a short drinks break for both sets of players as the temperatures soared. Posh made four changes at the break with Mark O’Hara, Colin Daniel, Matt Godden and Josh Yorwerth the men introduced.

Half-time substitute Matt Godden was denied a goal inside the opening five minutes of the second period by a fine stop from the goalkeeper after the former Stevenage man let fly on the volley from a tight angle.

The hosts broke the deadlock on 51 minutes as a loss of footing in midfield proved costly, Maritimo striker Ricardo VALENTE taking advantage before firing low into the bottom corner from the edge of the box leaving Chapman with no chance.

George Cooper was next to be denied by the hosts, his left-footed curling effort tipped over the crossbar by the goalkeeper. Posh made more changes just before the hour mark with only Cummings remaining from the start.

O’Hara saw a deflected effort well gathered by the keeper in the final 10 minutes as Posh pushed for a deserved equaliser. The hosts were a whisker away from making it 2-0 from distance, but the swerving effort cleared the crossbar.