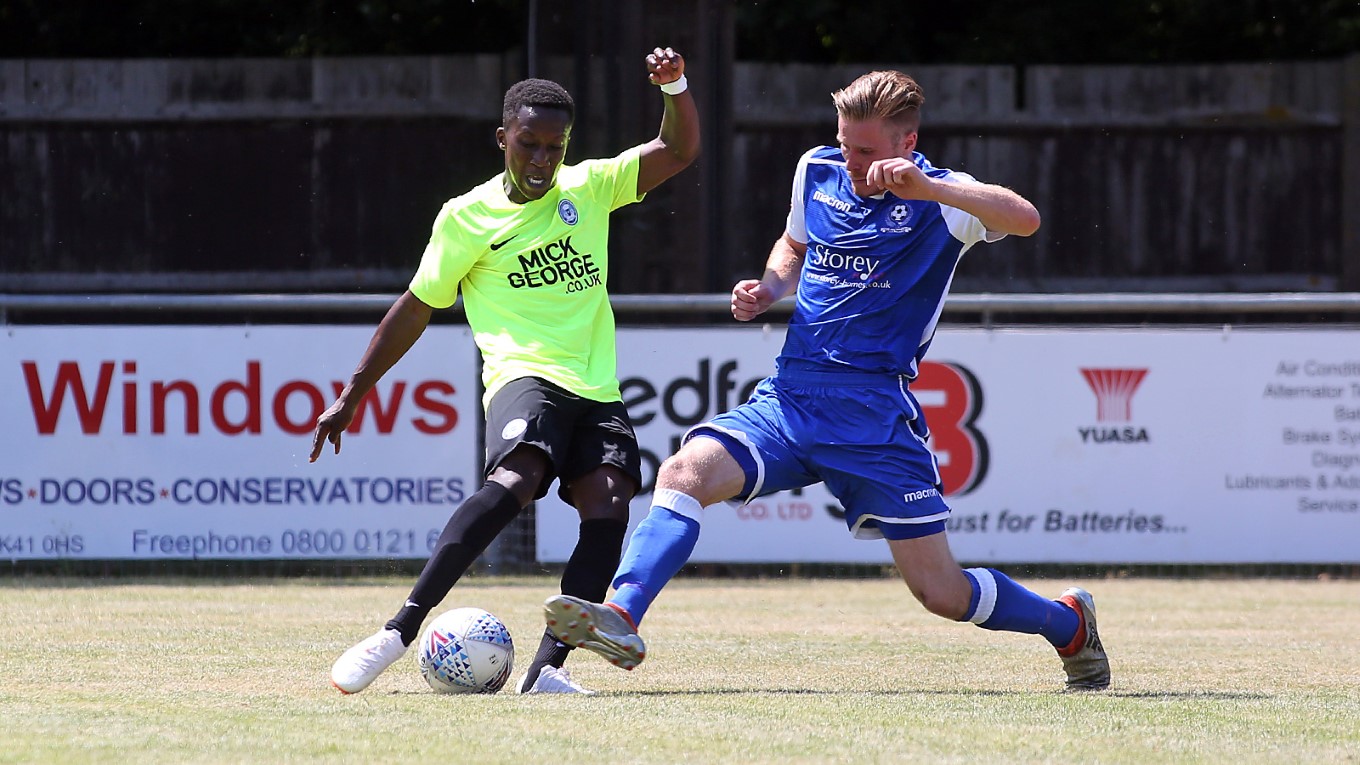 Posh run out 4-2 winners at Bedford as pre-season continues.

Peterborough United continued their preparations for the new Sky Bet League One campaign with a 4-2 victory in stifling heat at Bedford on Saturday with Siriki Dembele following his stunning strike at Stamford with another superb effort as Steve Evans’ men took their goal tally to nine from the opening two pre-season friendlies.

It was recent signing Tyler DENTON who opened the scoring, collecting a raking pass before unleashing a stupendous shot into the top corner. Matt Stevens was denied by the goalkeeper moments later before Bedford defender Longden was poleaxed by a fierce George Cooper effort. Thankfully, the defender was soon up on his feet after treatment.

Posh changed their XI for the second half and with Conor O’Malley struggling with a knock, Mark Tyler was between the sticks. With Matt Godden also not risked, Danny Lloyd played in a more advanced role.

It was DEMBELE who doubled the lead, showing good trickery to beat his man before accelerating into a shooting position and letting fly from 25-yards, the ball finding the top corner of the net.  Posh extended their advantage to 3-0 just before the hour mark, trialist Anton RODGERS curling a fine free-kick over the wall and into the back of the net.

Colin Daniel saw a goal disallowed for offside before HARRIETT grabbed a goal back with a decent strike from the outside of the box. The three-goal cushion was soon restored as LLOYD tapped home from close-range after good work from Dembele.

GYASI finished off a flowing Bedford move to grab a second goal for the hosts three minutes before the end but it was a comfortable afternoon for Posh with temperatures soaring.