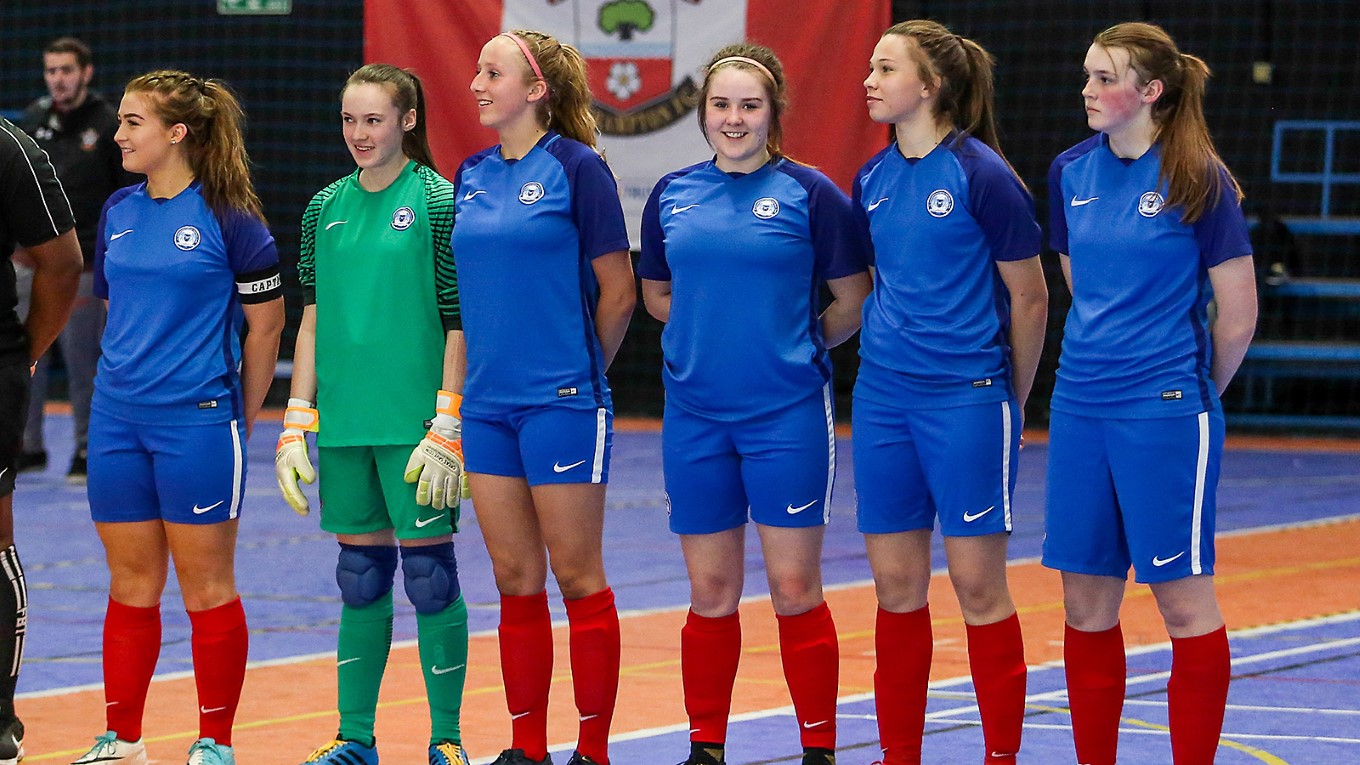 England Women and Arsenal striker Danielle Carter has praised Grow the Game and Peterborough United following the award of a £1,500 grant from The FA.

The grant, which will provide a boost to grassroots female football in Peterborough, has paved the way for Peterborough United to introduce a Ladies futsal team who will compete in the National Women’s League, and upskill coaches through Futsal level 2 and UEFA B badges to improve the quality of the whole futsal programme.

Danielle said: “I would like to congratulate Peterborough United on working with the Football Foundation and Northamptonshire FA to secure a Grow the Game grant. Playing in an all-female team from a young age was key to my development, so I am delighted that there will be more opportunities for women and girls in the local area and wish Peterborough United good luck during their debut season!”

Grow the Game is a programme funded by The FA and delivered by the Football Foundation. It awards grants to grassroots football clubs wishing to create new teams, especially amongst under-represented groups.

Jenna Lusk, NCS & Women & Girls Manager, said: “I am so grateful for the opportunity the Football Foundation and Northamptonshire FA have given us. It will allow us to grow and improve the Futsal programme and set up a Ladies Futsal team which will provide a positive player pathway.”