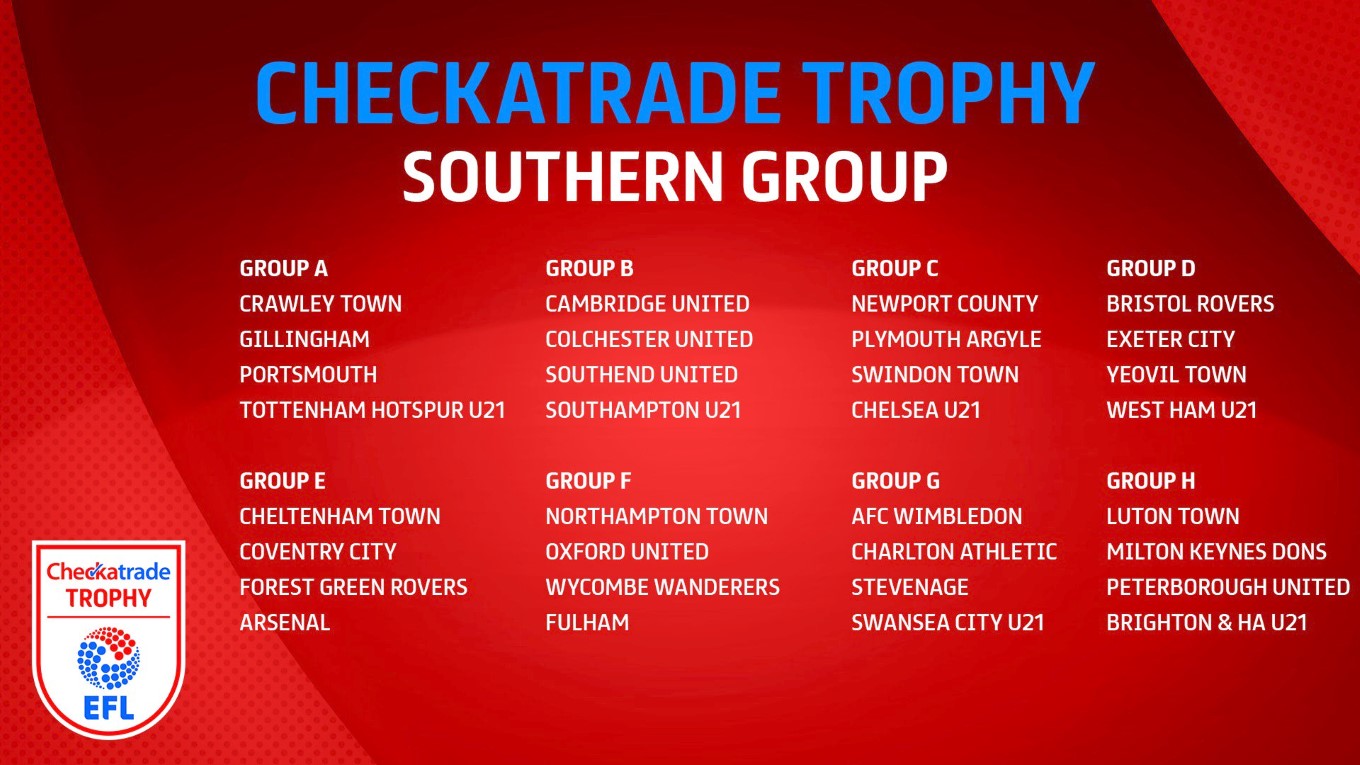 The draw for the Checkatrade Trophy group stage was made on Wednesday afternoon with Posh joined by Brighton & Hove Albion U21s, Milton Keynes Dons and Luton Town in Group H.

As with 2017/18, the Groups in the Checkatrade Trophy have been arranged so that EFL Clubs and their fans face the minimum overall travelling time to matches, whilst the Premier League and Championship’s Invited U21 teams will play all their Group games away from home.

Dates, kick-off times and ticket information for the group stage matches will be released in due course. The first group stage match is currently scheduled to take place week commencing 3rd September.