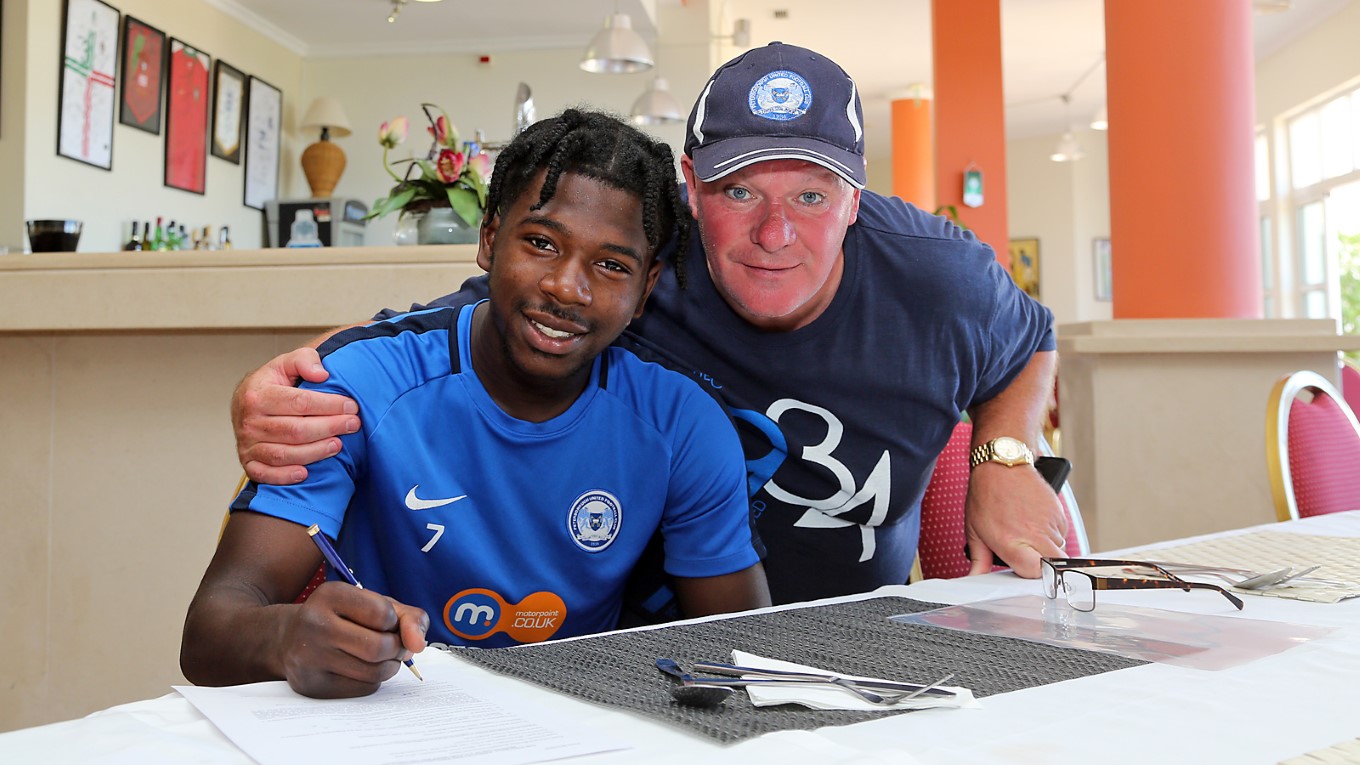 Posh secure 14th signing of the summer with Isaac Buckley-Ricketts completing a move from Manchester City.

Peterborough United have secured the signature of Manchester City winger Isaac Buckley-Rickets for an undisclosed fee with the 20-year-old penning a deal to keep him at the football club until 2021 after completing the formalities.

The England under 20 international has tasted first team experience in Holland with FC Twente and had a short spell with Oxford United in League One last term. Manager Steve Evans is delighted with his latest acquisition and is excited to work with his new arrival.

“He is a young man that comes from a fantastic football club in Manchester City. He comes here to make his way in English football. He has had a brief loan spell out at Oxford but it is fair to say that Manchester City and Peterborough United probably have ideas to play the boy in a similar way compared to what was a little bit foreign to him when he played at Oxford and that isn’t a criticism, it is just systems of play.

“He comes and joins an excellent group of players. He is young, he is here for the long-term, there is no immediate pressure on him and we hope to develop him. There is no doubt he has absolutely blistering pace, he is technically good and he is a good addition to our squad. It is not about individuals here at Peterborough United, which has to be said, it has been like in the last few seasons, we are now a team and it is team Posh, not I,” Evans said.

Buckley-Ricketts has also represented the England under 18 and 19s and has progressed through the Manchester City Academy. He was part of the England under 19 squad that won the European Championships against Portugal last year. He had offers to join other clubs, but believes the style of play at Peterborough will suit him.

“I have watched Peterborough play a few times and they play attacking football, which is the style of play that I am used to. I felt it was the right time to leave Manchester City, but it is tough because I have been there a long time. Once I got my head around the move, I knew it was the right decision. I want to play regular first team football and it is great to join a club in pre-season because I can get to know the lads and form a bond.

“I like to get the ball and use my pace and try and create and score goals. Being at Manchester City, you learn every single day and that is not just from the first team group, there are a lot of talented players within the Academy. Vincent Kompany is someone that I looked up to because of his characteristics, but in my position, Raheem Sterling is someone that I am similar too,” Buckley-Ricketts said.