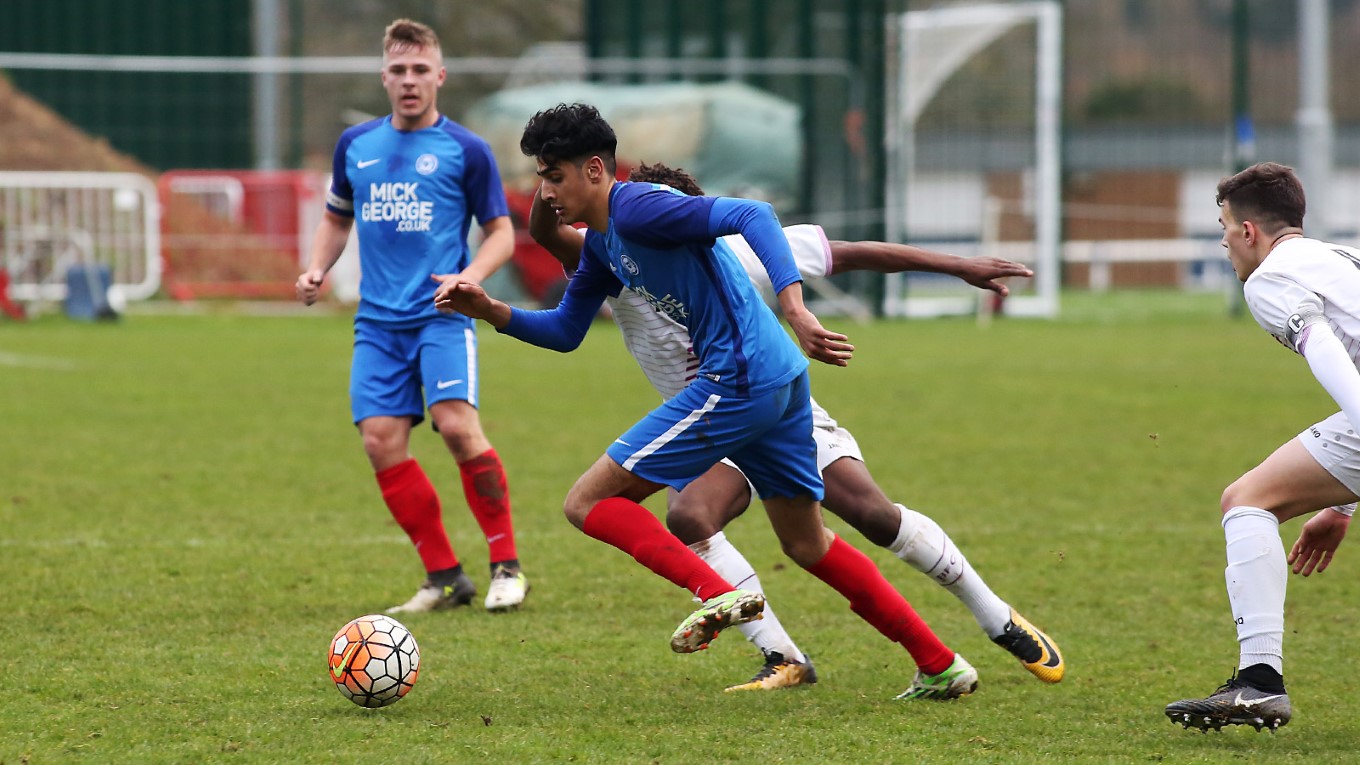 Youngsters Finish With Victory Over Stevenage

The Peterborough United under 18s concluded the Youth Alliance League programme with a battling 3-2 victory over Stevenage at the Mick George Training Academy on Tuesday afternoon to take their points tally to 10 from the last 15 available.

The Posh youngsters, who go into Merit League Two, which kicks off in week commencing 10th February, have been in fine form since the turn of the year and bounced back from falling behind to their visitors with two second half goals.

Lewis Freestone had nodded Posh in front from a free-kick, but after being pegged back before the break and falling behind on the hour mark, Mohammed Hamza drew Posh level with a good finish.  Hamza then turned provider for striker Josh Davison to head home his 15th league goal of the season to secure the three points.

That win followed a point against Milton Keynes Dons at the weekend when a 93rd minute penalty kick earned Posh a 2-2 draw. Youth team coach Sam Darlow commented: “I have been really pleased with the last four weeks. We set the boys a target of nine points from 15 available and that win over Stevenage took us to 10 from 15.

“We have showed some good qualities of late. The boys are together, they have showed a good resilience and they have demonstrated character to bounce back when they have been behind in games.”