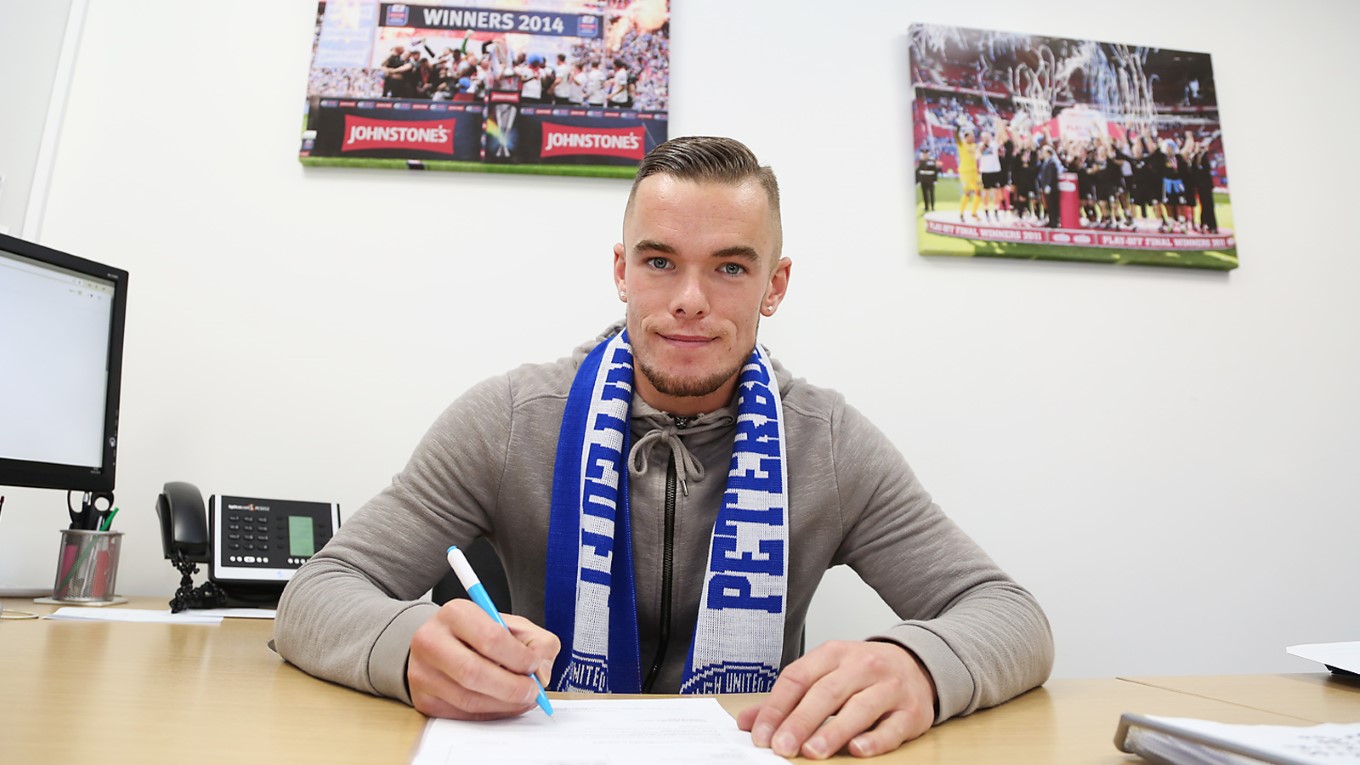 Peterborough United have made their first signing of the January transfer window with the acquisition of Woking winger Joe Ward or an undisclosed fee with the 22-year-old penning a two and a half year contract at the ABAX Stadium.

Ward, who scored against Posh in the FA Cup tie earlier in the campaign, has been in fine form this season for the Cards, scoring seven goals and creating a host of other goals for team-mates. The highly-rated attacker rose to prominence with his form for Chelmsford City and earned a move to Brighton and Hove Albion.

He had a successful loan spell with Lincoln City before joining Woking in the summer of 2017. He has been linked with a host of other clubs, but has committed his future to the Posh and has already started looking at houses in the city and surrounding areas.

Manager Grant McCann said: “I think it is a great signing for this football club. He brings pace, energy and can go past people both ways. He has scored a few goals already this season and was excellent against us in the FA Cup, especially in the first game at their place. He is a lad that I have been aware of for about a year now. I have kept a close eye on his progress, watching his development and am delighted to get him on board.

“He earned a move to Brighton with his form in non-league, has had a loan spell at Lincoln and did well there. He wanted to play regular football and he took the opportunity in the National League and credit to him for that. It has taken a while to get this deal done and that is because Woking have been so reluctant to let him go.

“I am really pleased that the chairman and Barry could get the deal done and the boy was very keen to come. He has been looking at places to live already and bringing his girlfriend down to have a look around, he wants to get started and he is ready to go. With Gwion Edwards out for a couple of months, we are short in wide areas.

“To be honest, even if Gwion was okay, Joe would have been signed – it gives us competition. He is coming here to push Marcus Maddison and Danny Lloyd and others. He can also play as a number 10 or up front so he brings versatility to us as well,” McCann said.

“I watched the game in the Checkatrade Trophy on Tuesday night and obviously I played against the club in the FA Cup so I know about the club. It is a good opportunity for me and I am looking forward to it,” Ward said.

Ward will be available for Saturday’s Sky Bet League One trip to promotion favourites Wigan Athletic.