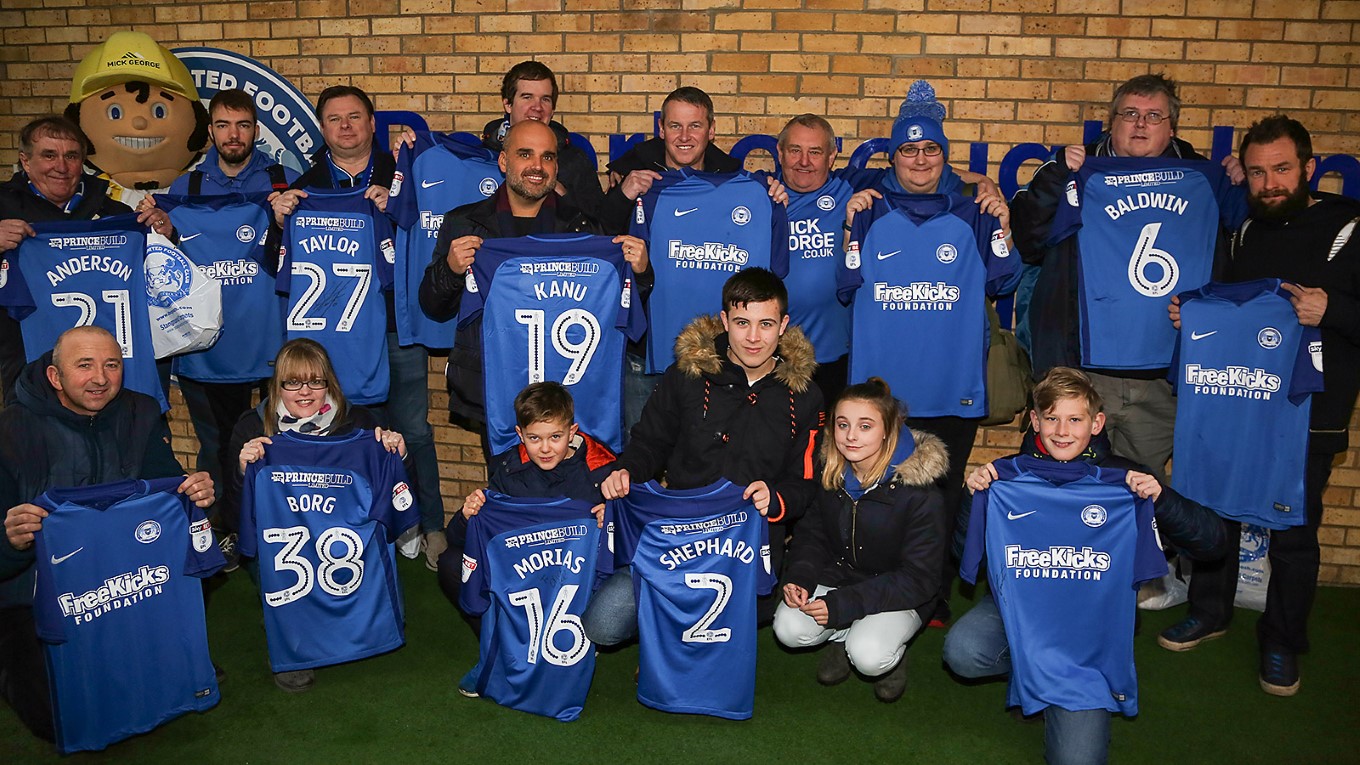 Over £4,500 Raised For Free Kicks Foundation

Steve Thorpe from the Free Kicks Foundation has issued the following press release.

On January 1st 2018 Free Kicks Foundation were honoured to be allowed to have our charity logo on the front of Peterborough United’s home shirts for the match with Doncaster Rovers, on what was named Free Kicks Day.

A few days into the New Year the shirts were placed on eBay for auction and over the next seven days we were amazed by the interest from Posh fans. At the end of the auction the bids totalled just over £4,500; a remarkable figure which will enable us to give more children fantastic days as mascots at The ABAX stadium over the next year.

We would like to thank everybody who placed bids in the auction and especially those Posh fans who eventually came out as winners. We were proud to meet the majority of these very generous people ahead of the home game with Oldham.

We would also like to thank everybody at Peterborough United who made Free Kicks Day possible, as well as Mick George Ltd who very kindly allowed us to take over the prominent space on the shirts for the day.