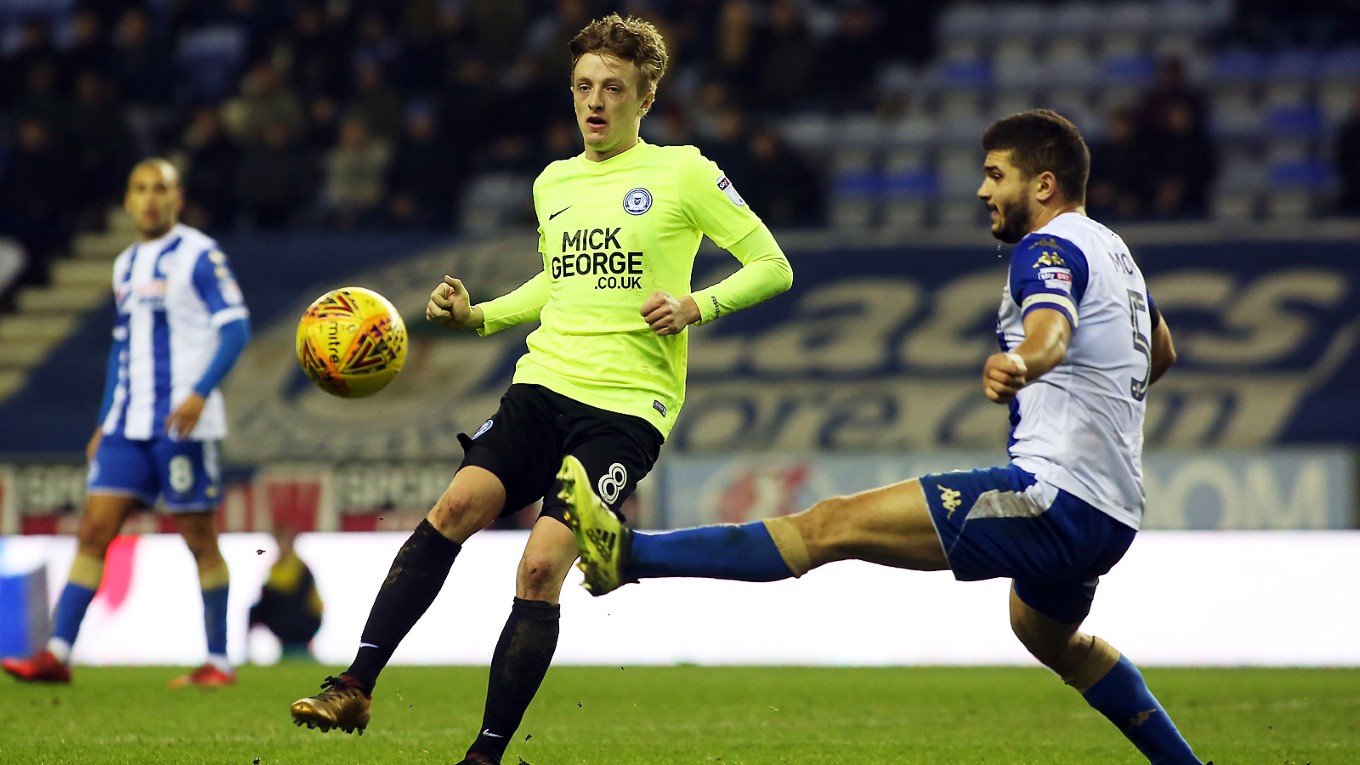 Posh extend unbeaten run and cap a fine week for the football club with a goalless draw at promotion favourites.

Peterborough United held Sky Bet League One leaders Wigan Athletic to a 0-0 draw at the DW Stadium and in truth, Grant McCann’s men could have come away with all three points – Jack Marriott’s last gasp tap in ruled out for offside.

McCann described the decision as ‘marginal’ while Marriott was ‘disappointed’ that the effort was chalked off. Both goalkeepers made saves but only from long-distance as Posh capped a fine week with a creditable point.

Liam Shephard produced a fine block to stop a goal-bound Sam Morsy effort after Will Grigg had got in behind the Posh back-line in the right hand channel. Taylor produced a fine defensive header and got clattered in the process on the 24 minute mark as Wigan sent a teasing cross into the box via the boot of Byrne.

Bond was called upon to make his first save of the game on 27 minutes as he parried a curling effort from former Northampton Town winger Michael Jacobs. Chey Dunkley headed wide on the half hour mark from a deep corner kick.

Jacobs fired over from long-range on 38 minutes after finding a bit of space thanks to the adventure of the left-back James. Maddison saw an acrobatic overhead kick drift away from goal after a quick counter attack from Grant McCann’s men led by Marriott.

Forrester was cautioned on 42 minutes for persistent fouling by referee Mr Ilderton. Three minutes of added time was indicated by the fourth official but that was extended due to an injury to the influential Powell. He was soon up on his feet after treatment though.

Dunkley saw a powerful header gathered by Bond on 48 minutes after a decent corner into the box from Jacobs. Marriott was denied by an excellent parry from Walton on 54 minutes before the same player was inches away from converting a teasing Shephard cross.

Bond did well to beat away a near post effort from the pacy Massey on the hour mark. Lloyd was cautioned moments later for a foul before the hosts made a double change. The Latics demonstrated their incredible strength in depth moments later with Ryan Colclough and James Vaughan introduced as substitutes.

Posh made a double change of their own on 67 minutes with Joe Ward and Junior Morias replacing Doughty and Lloyd. Walton did well to deny Marriott on 77 minutes after the in-demand front man went on a mazy dribble, his low shot eventually was comfortable for the keeper.

Posh had the ball in the back of the net on 89 minutes as Marriott tapped home a rebound from a spilled Ward shot but the referee’s assistant chalked off the goal for offside. Bond was well placed to deny a shot on the turn but Posh held out for a deserved point.