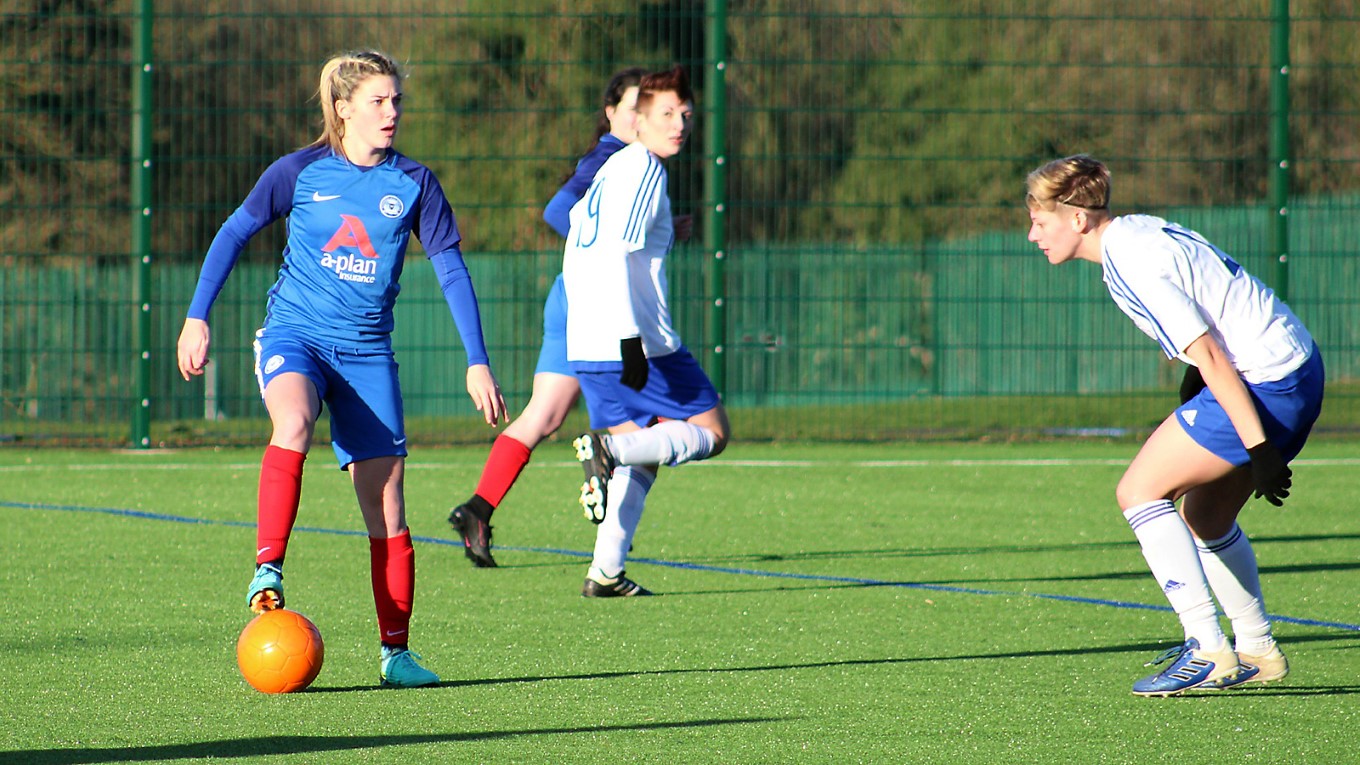 Ladies score six times in the second half to record 7-1 win over Thrapston Ladies.

Peterborough United got their New Year off to an excellent start with a crushing 7-1 win against Thrapston Ladies. Keir Perkins opened the scoring in the 23rd minute to make it 1-0 after a through ball played in by D’Lacy Phillips. Like Peterborough United Ladies, Thrapston had a few opportunities in the first half but neither team could add to the sole goal in the first half.

The second half saw a similar pattern to the first half but it wasn’t until the 60th minute when the mercurial Jess Driscoll dribbled past the oncoming defender and slotted past the goalkeeper to make it 2-0.

The introduction of Amy Challis seemed to galvanise the Ladies and it was her right foot shot into the top right hand corner of the goal in the 65th minute to make it 3-0 that really gave the Ladies the momentum they craved. Three minutes later in the 68th minute Amy Challis produced another surging run and in similar style lifted the ball past the oncoming goalkeeper to make it 4-0.

Thrapston pulled one back by way of a penalty to make it 4-1 in the 70th minute but it was too late to make any realistic comeback. The Ladies shrugged off the penalty when Amy Challis completed her hat trick to make it 4-1 in the 72nd minute after a through ball allowed her a one on one with the oncoming goalkeeper.

There was still time for Jeorgia Carr to make it 6-1 in the 75th minute with a finely struck left footed shot in the penalty area that left the goalkeeper with no chance. The Ladies made it 7-1 in the 85th minute when Player Manager, Kathryn Lusk coolly slotted home from close range. This was not a vintage Peterborough United Ladies performance but after not having played a competitive game for a number of weeks it was an encouraging performance for the first game in the New Year and puts the Ladies in the top three of Division 1 South.