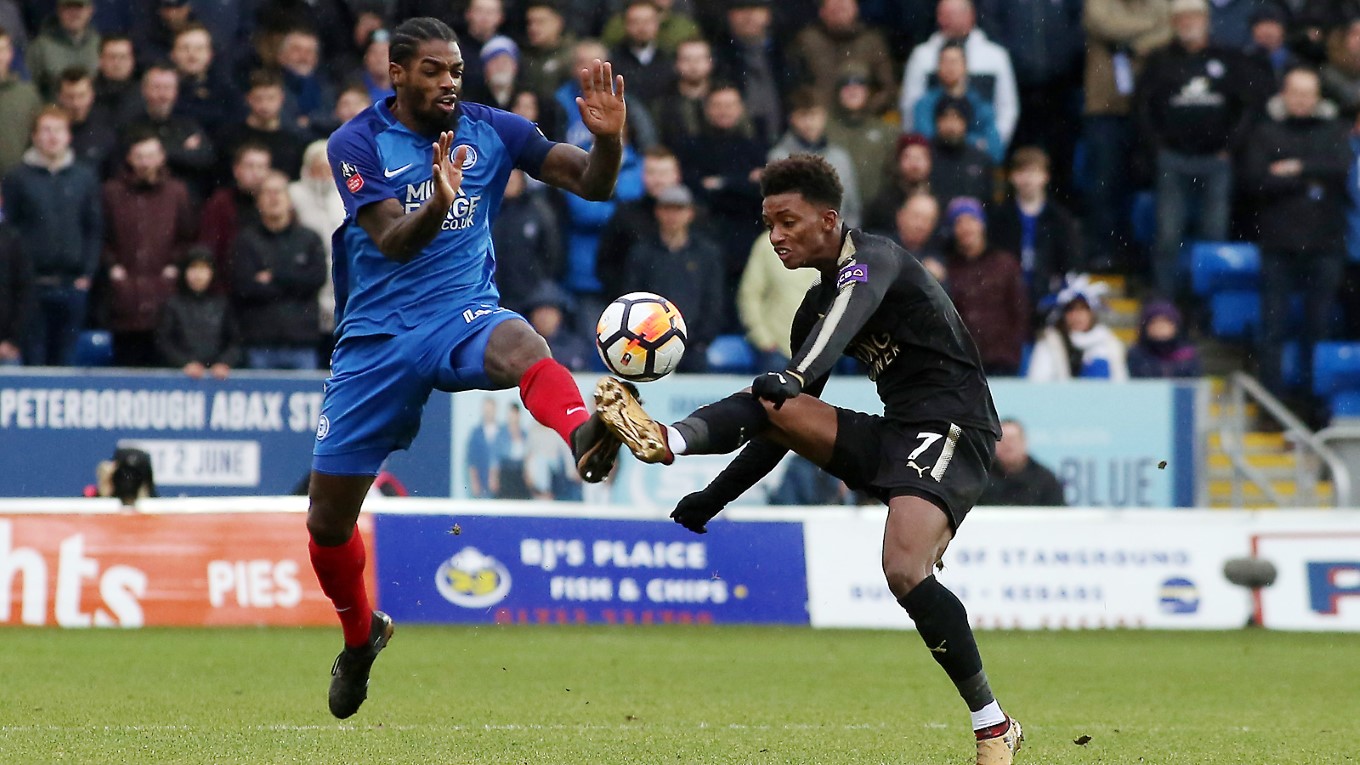 Peterborough United’s Emirates FA Cup adventure came to an abrupt end as Premier League side Leicester City ran out 5-1 winners at the ABAX Stadium in front of over 13,000 supporters.

Grant McCann’s men were always up against it after finding themselves 2-0 down inside the opening 10 minutes and despite Andrew Hughes pulling a goal back at 3-1, the Foxes went on to make the game safe late on.

Foxes new signing Foussenu Diabate fired wide of the upright inside the opening four minutes at a blustery ABAX Stadium and goalkeeper Jonathan Bond was well placed to deny Iheanacho after his curler from 25-yards tested the shot-stopper.

Jack Marriott did well to close down keeper Hamer moments later but the ball rebounded out for a goal kick. However, at the other end on six minutes, the Foxes grabbed the lead as the debutant DIABATE toe-poked the ball past Bond from close-range.

The visitors doubled their lead on 10 minutes as IHEANACHO pounced on a poor Forrester pass and curled the ball past Bond from 20-yards. Maddison fired a free-kick from 30-yards over the crossbar on 13 minutes after Iborra was cautioned for a foul on Grant.

The Foxes made it 3-0 on 29 minutes and wrapped up their passage into round four with a fine volley from IHEANACHO from close-range after a wonderful left-wing centre from Fuchs. Diabate fired wide after Posh squandered possession on the edge of their own box.

Gray fired wide of the near post as the first half moved into two minutes of stoppage time. After a bright start to the second period, Posh pulled a goal back on 57 minutes with Andrew HUGHES squeezing a shot through the legs of keeper Hamer after a corner was only half cleared.

Posh made a change on the hour mark with Junior Morias replacing Da Silva Lopes. Leicester made a double change of their own shortly afterwards with Albrighton and Ndidi introduced from the substitutes bench.

Bond produced a fine stop to push a Diabate effort away from danger on 67 minutes, his first save of the actual cup tie. Gray saw a low effort deflect inches past the post on 69 minutes as Leicester pushed for a fourth goal.

Bond was in the right place to deny Gray again moments later after finding some room 30-yards from goal. Albrighton was a whisker away from the goal of the game on 75 minutes, his rasping drive just over the upright from 30-yards.

Marriott was denied by Hamer after a fine pass from Morias moments later as Posh created a half chance for the club’s top scorer. Bond then denied Albrighton by the near post after cutting inside onto his right foot.

Leicester made it 4-1 on 86 minutes as DIABATE got his second of the game, sending a shot into the roof of the net after Bond had denied Gray. The Foxes added a fifth in stoppage time when NDIDI scored from close-range.