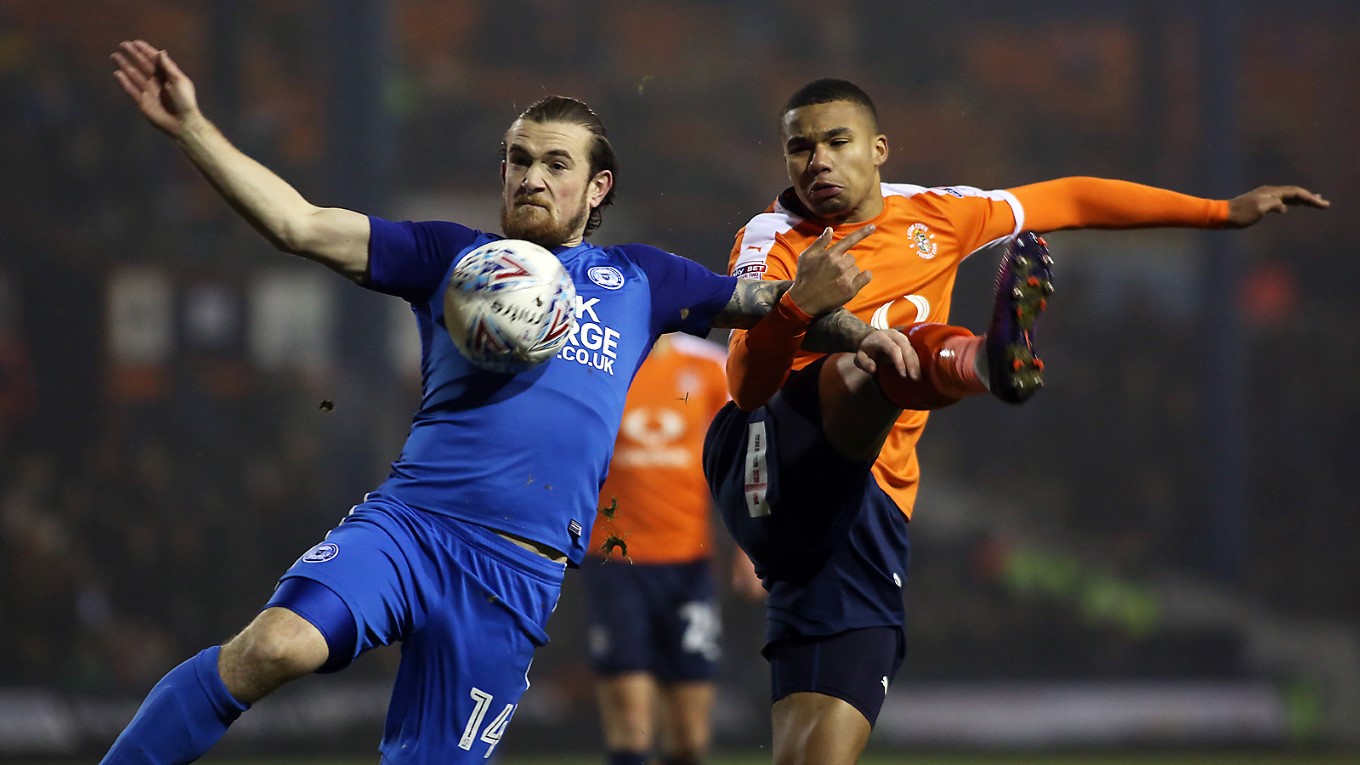 Peterborough United are into the quarter-finals of the Checkatrade Trophy after overcoming Sky Bet League Two side Luton Town 7-6 on penalty kicks with goalkeeper Jonathan Bond the hero, saving from Frankie Musonda to seal Posh’s passage into the next round after a goal-less draw in the 90 minutes at Kenilworth Road.

Within seven seconds of the kick-off, Jack Marriott fired wide from 25-yards with his left-foot on his return to Kenilworth Road. Jonathan Bond was then called upon to push a superb volley from D’Ath around the post for a corner with only 45 seconds on the clock.

Jordan Cook sent a powerful drive from 25-yards wide of the target on four minutes after Marcus Maddison had curled a free-kick just out of the reach of Tafazolli at the other end. Marriott was denied a 24th goal of the season by a fine stop from keeper Shea before Maddison curled over the bar from 35-yards.

Shea did well to gather from a 25-yard effort from Junior Morias on the quarter hour mark. Marriott fired straight at the keeper moments later after he was picked out by an incisive pass forward from Grant. Luton were forced into a change on 25 minutes with former Posh man Josh McQuoid replacing the injured Gambin.

McQuoid tested Bond with a floaty effort from 20-yards after a swift counter attack led by the powerful Mpanzu. Posh made a change on 33 minutes with Michael Doughty replacing Da Silva Lopes. Lloyd saw a powerful effort from a tight angle parried by Shea, but Luton did well to repel Maddison’s attempts to shoot on the edge of the box with the rebound.

Luton struck the post on 37 minutes as a deep cross was met by the head of Cook, but he saw his effort strike the woodwork before Baldwin cleared. Marriott was denied again by Shea, although the top scorer will feel he should have done better after being picked out in space by Morias.

Posh had appeals for a spot-kick turned down on 53 minutes as Stacy appeared to impede Lloyd but referee Mr Coggins waved away the protests. Grant McCann introduced Idris Kanu for Lloyd on 57 minutes in the second change of the evening with Luton also making a change as Andrew Shinnie replaced the hard-working Cornick.

Junior Morias was replaced on 67 minutes by Jermaine Anderson as youngsters Musonda headed a corner kick wide. Sheehan sent a free-kick over the crossbar as Luton made their final change as we headed into the final 10 minutes.

Goalkeeper Shea produced a superb stop to deny Anderson on 87 minutes after a marauding run from the substitute. After two minutes of stoppage time, the referee brought an end to proceedings and penalties would need to be required to separate these two sides.