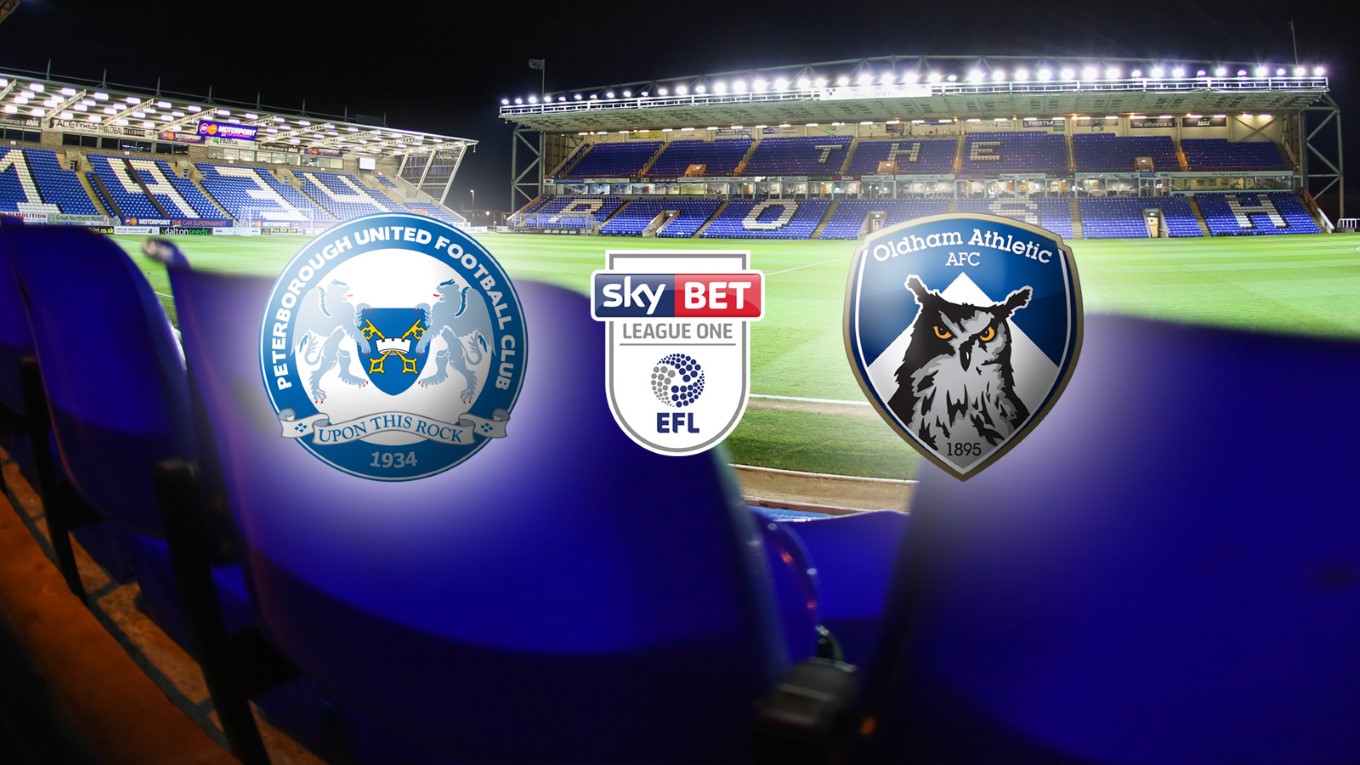 The Latics drew with Rotherham United in their last fixture and have strengthened their squad as they look to move away from the drop zone near the foot of the division. Richie Wellen’s men have always proved tricky opponents for Posh and were winners at Boundary Park earlier in the campaign.

Posh are without the services of Gwion Edwards due to an ankle injury while Leo Da Silva Lopes is expected to miss out with a hamstring injury. He has returned to light training but no timescale has been put on his return.

Joe Ward and George Cooper could make their home debuts – the latter joined Posh from Crewe Alexandra in the week. Oldham made several changes to their line-up for the midweek victory over Leicester City under 23s in the Checkatrade Trophy but striker Eoin Doyle is still sidelined with illness – he has returned to his parent club for treatment.

“We have a big week with the Checkatrade Trophy on Tuesday night and the FA Cup tie with Leicester City next week, but this game with Oldham is the most important because it is the next game. Oldham have made some good signings in recent months and they will provide a tough test for us but we are looking forward to it. The players are in a good place at the minute.”

“I said before the game (against Leicester) I can feel something good happening again. There are new faces coming in the building and good footballers coming back and I can sense something good going to happen in the next 10-12 weeks. We wanted to make a good start going into Saturday’s game,” Richie Wellens said.

This game is a Category ‘B’ fixture which means cheaper admission for supporters and you can make more of a saving if you purchase in advance. You can do so at www.theposhtickets.com, via the Ticketmaster hotline 0844 847 1934 (calls cost 7ppm plus your network access fee) and in person at the ABAX Stadium Box Office.

We are pleased to welcome former Posh duo Matthew Etherington and Simon Davies back to the ABAX Stadium. They will be our guests and will be introduced to the crowd ahead of kick-off with another former Posh player Peter Deakin.