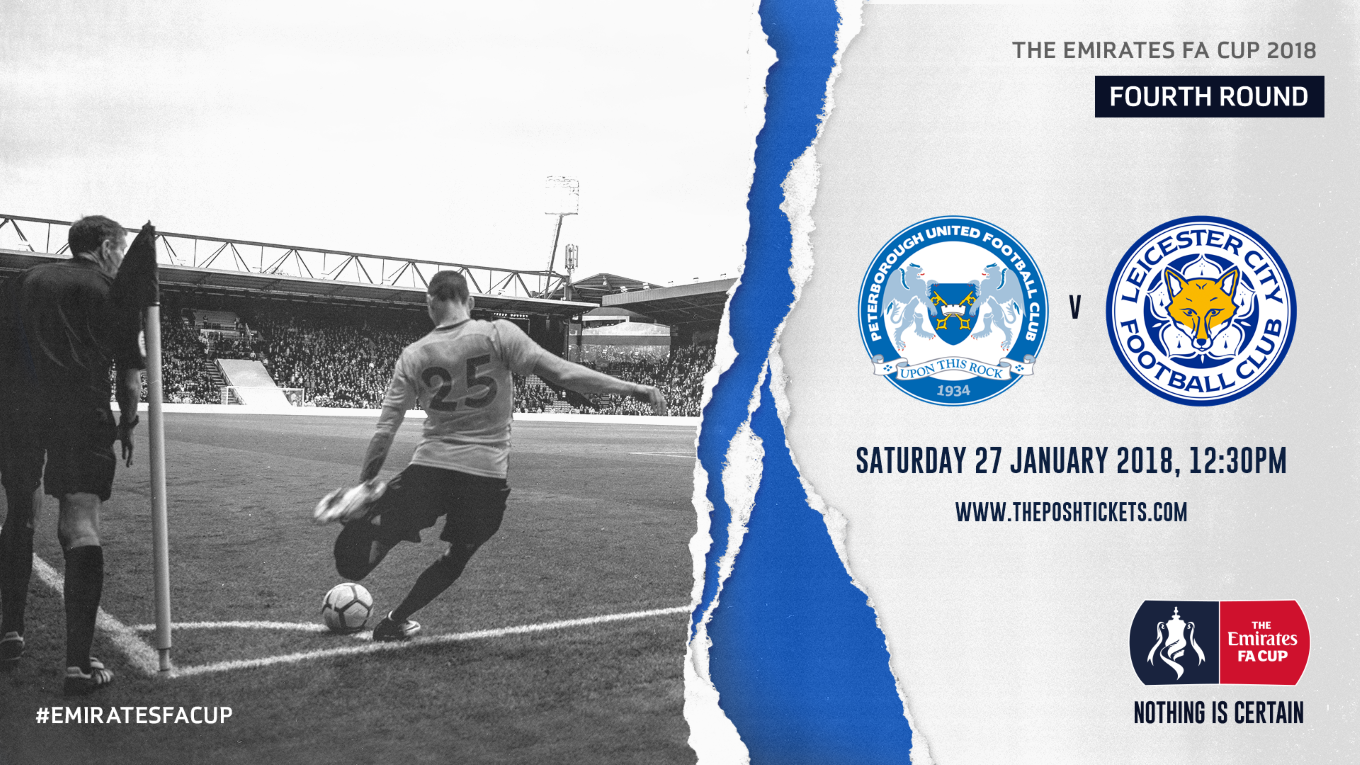 Peterborough United entertain Leicester City at the ABAX Stadium on Saturday lunchtime (12.30pm) in the fourth round of the Emirates FA Cup and a sell-out crowd is set to create a wonderful atmosphere inside the stadium.

Posh reached this stage of the competition following victories over Tranmere Rovers, Woking and Sky Bet Championship side Aston Villa while the Foxes progressed following a replay home win over League One side Fleetwood Town at the King Power Stadium.

The game is televised live by BT Sport and will also be available to listen to on BBC Five Live, Talksport and BBC Radio Cambridgeshire.

Posh are without the injured Gwion Edwards (ankle) and the cup-tied Joe Ward and George Cooper, but the club are hopeful that Jack Marriott will overcome a knock to be involved. Leicester welcome back Robert Huth and Danny Simpson from injury. Both were key components of the Foxes Premier League title win.

Leicester boss Claude Puel has hinted he may rest some of his big names with a mid-week league fixture against Everton to look forward to. Jamie Vardy, Rihad Mahrez and Marc Albrighton are among the players that could sit out the tie.

“We have to get on the front foot from the start. The plan is to play behind them, create chances and score goals. If you sit back against Premier League teams they will pick you off and beat you easily. I don’t want to die wondering, I want us to be brave and positive. If we do that we will soon have the ABAX Stadium rocking. It’s a wonderful stadium when it’s full and the fans are in full voice. I have never forgotten the League One play-off semi-final against MK Dons when the atmosphere generated by our fans helped us get through. “

Apparently this will be the first full house at our place since we played Leicester in a League One match a few years ago. And I have the players with the ability to carry out our plans. We need to get back to the levels of our Aston Villa performance in the third round to have a chance, but there is no doubt we can do it. These are the games all players want to take part in. I have no idea what team Leicester will field, but I do know it will be strong no matter who they pick. But it’s possible to bridge the gap in quality. Just look at how Bristol City performed over two legs against a strong Manchester City side in the League Cup. They caused problems by being positive. Fleetwood caused Leicester problems in the last round of the FA Cup by also being positive.”

“We want to try to win both games (against Peterborough & Everton). It is important to give some rest to some players for the next game. But we are aware of Peterborough’s strengths. They play good football and they have a striker in form in Jack Marriott and a very talented attacking player in Marcus Maddison. They showed their standard in the last round at Aston Villa. We will have to play well to win.”

The game will be a sell-out at the ABAX Stadium. Leicester fans will be accommodated in the Motorpoint Stand as well as the normal away accommodation in the Main Stand.

The match referee is Michael Oliver.