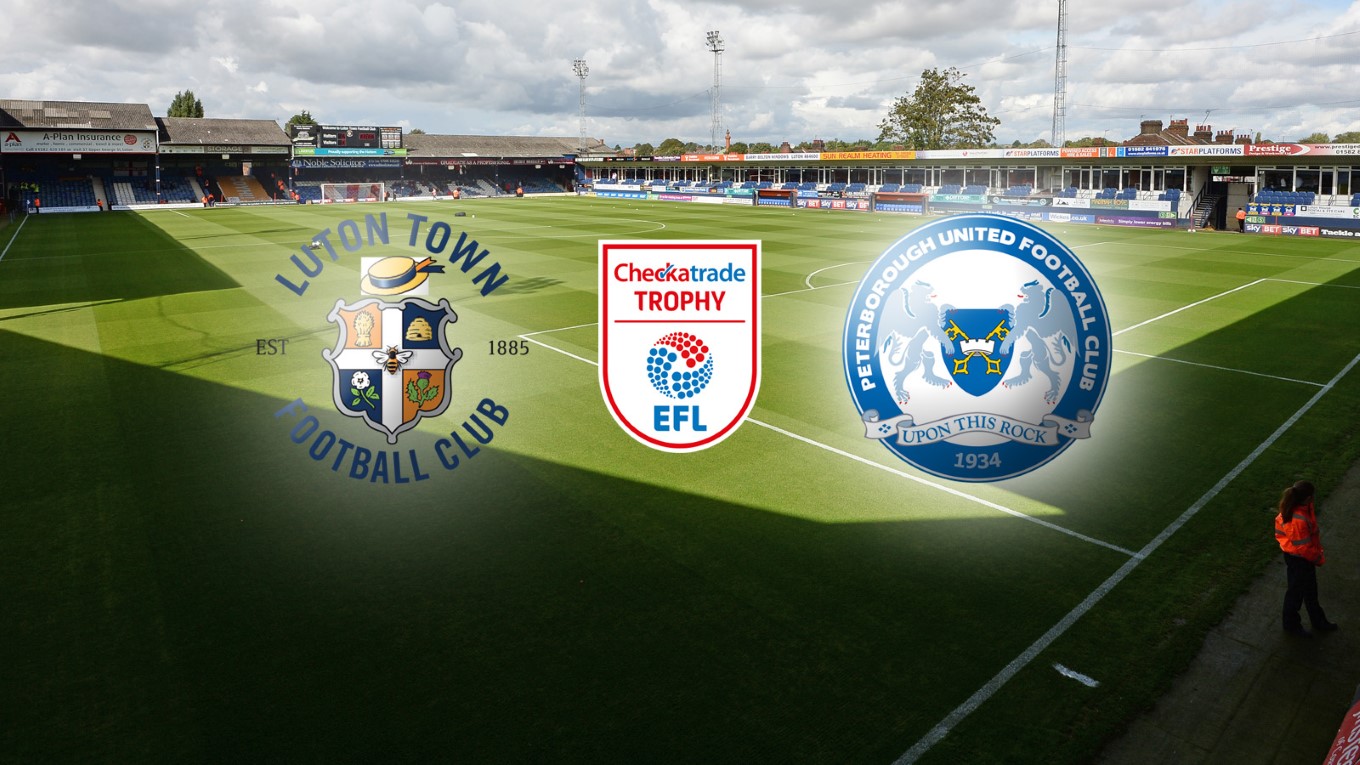 Posh are back in cup action on Tuesday night when they travel to Luton Town.

The Hatters also impressed in the cup, but were on the wrong end of a 3-1 reverse at Premier League side Newcastle United. Over 8,000 Hatters fans made the trip to St. James Park and in the main they would have been happy with their side’s performance, but defensive errors cost them in the first half.

Posh are without midfielder Chris Forrester and striker Ricky Miller due to suspension. Both have fallen foul of the competition’s disciplinary procedures – they have both been booked twice in the trophy. Gwion Edwards underwent his ankle operation on Tuesday and will be out for up to three months while several other players are nursing knocks after the win at the weekend.

The Hatters are expected to make changes for the tie – in previous rounds of the competitions they have just that with Danny Hylton among those to drop out of the starting line-up. One time Posh loanee Alan Sheehan is up for the League Two manager of the month alongside boss Nathan Jones.

“This is every bit as tough a fixture as Villa away. Sometimes after a big win in the FA Cup you can become a bit de-motivated for the next game, but we can’t allow that to happen tonight. Luton play a great brand of football. They are fluent, they play well between the lines, they score loads of goals and they have prolific goalscorers.

“They will be a threat no matter what team they put out. Our focus had switched to Luton straight after the Villa game. Our preparation had been through anyway as we’ve watched them a few times because this competition has always been one of our main aims this season. If we win tonight we will be two wins away from Wembley. We want to play there again. The chance doesn’t come along very often. We are travelling in good form and in great spirits. I will field a strong team and we will worry about Wigan from Wednesday onwards,” Grant McCann said.

There will be cash turnstiles available on the night with tickets priced at just £5 for adults and £1 for under 16s.

If the tie is level after 90 minutes, it will go straight to penalty kicks to determine the winner.

Antony Coggins is the match referee.