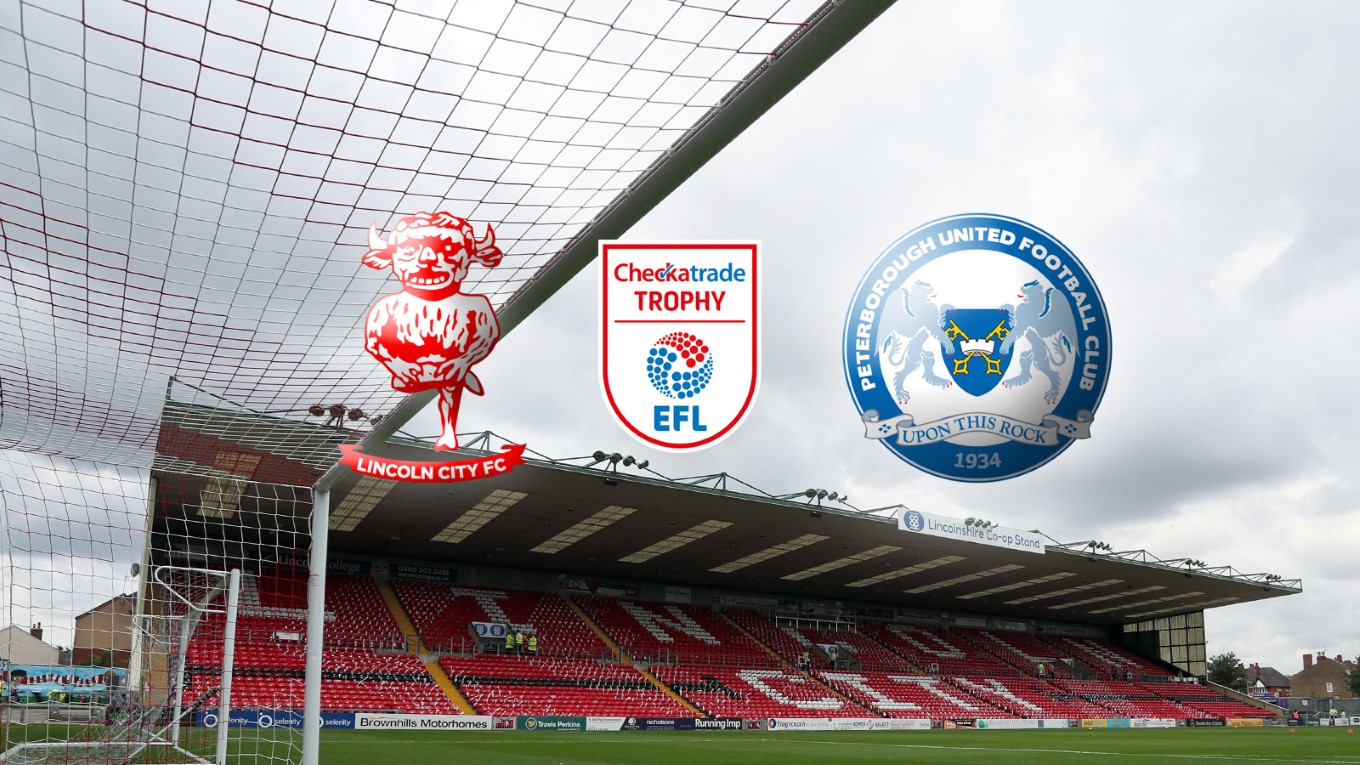 Posh travel to Lincoln in the Checkatrade Trophy quarter-final on Tuesday night.

Peterborough United travel to Sincil Bank on Tuesday evening (7.45pm) to face Sky Bet League Two side Lincoln City in the quarter-final of the Checkatrade Trophy and with just two games away from Wembley Stadium, both sides will be desperate to progress into the next round.

The Imps, like Posh, have taken the competition extremely seriously since the beginning and Danny Cowley’s men will field their strongest possible XI for the contest.

Posh are without the services of Gwion Edwards who is sidelined with an ankle injury. George Cooper, who scored on his debut against Oldham Athletic on Saturday is cup-tied but fellow new boy Joe Ward is available for selection. Leo Da Silva Lopes is expected to be fit after returning to training following a hamstring injury.

Lincoln have three former Posh players in their ranks with Lee Frecklington joining Harry Anderson and Michael Bostwick at the Imps. Bostwick has returned to centre back since Frecklington’s arrival while Anderson has been a revelation this season.

“Lincoln are a strong side, we saw that in pre-season when we faced them and they haven’t changed the way they play since then. They have three former Peterborough United players in their ranks. I played with Lee Frecklington and know about his qualities. Michael Bostwick was a fans favourite with us, but we felt that it was the right time for him to move on for his career and Harry Anderson was a bit unlucky when he was with us because he had players ahead of him playing well and then we changed the formation a bit.

“It is great that we are taking so many supporters to the game, it is very much appreciated. I am sure it will be a cracking atmosphere. We are only a few games from Wembley and everybody knows what a wonderful day out that is, but we are not looking forward as we have a really tough tie to negotiate.”

“I want 6,000 there. If we can get through this tie and then get to Wembley, it could be a game changer for us financially because there’s a lot of prize money in this competition. More importantly, this brilliant club has never been to Wembley. We’re up against a very good Peterborough team so we’ll have to be right at the top of our game, but we need the people of Lincoln,” Lincoln boss Danny Cowley said.

At 3pm on Monday, Posh had sold over 815 tickets for the tie at Sincil Bank. Tickets are on general sale at www.theposhtickets.com, via the Ticketmaster hotline 0844 847 1934 (calls cost 7ppm plus your network access fee) and in person at the ABAX Stadium Box Office. Tickets will go off sale at 12pm on Tuesday. We are awaiting news on whether tickets will be available on the night.